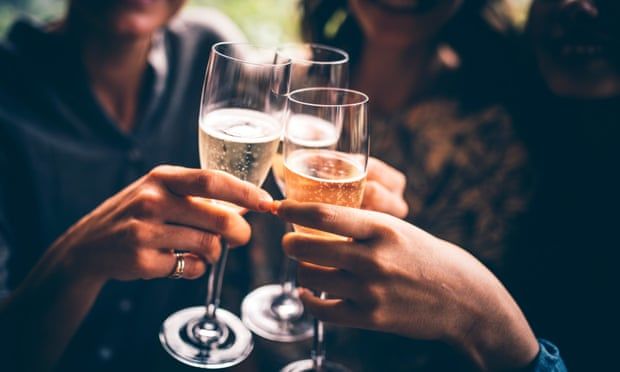 Gray report criticises No 10’s ‘excessive’ alcohol culture, but this is the drug all UK is addicted too

There is a common element in the myriad reports of alleged parties inside Downing Street: alcohol. From the photo of Boris Johnson sitting by a wine bottle in his garden to the claims of a suitcase of booze being wheeled into No 10, governing the country is clearly thirsty work.

Some of the most shocking claims centred around an apparent culture of alcohol use within No 10, not least the “wine fridge” installed in an office, and the evocative image of an official being dispatched to the local Co-op to fill a suitcase with wine during a boozy leaving party.

There have been some tentative steps by Johnson supporters to address the issue, but they have sought to present it as a wider issue that goes beyond the Johnson team.

“The task now is for us to address the underlying culture in Downing Street,” Oliver Dowden, the Conservative chair, said in a pointed remark earlier this month.

This is heavily disputed by the former staff of previous PMs. “This culture didn’t exist when Oliver worked in No 10 for David Cameron. It didn’t exist when I worked there for Theresa May,” remarked Gavin Barwell, both a former Tory MP and May’s ex-chief of staff. “So I guess what Oliver is saying is the prime minister needs to change the culture he has presided over.”

The truth would seem to fall somewhere between these two poles. It is hardly a secret that No 10 staff, particularly the predominantly young, very dedicated political appointees, who are paid well but face minimal job security, enjoy both a drink and a gossip – much like the journalists who cultivate them as sources.

This is not unique to the current No 10. In pre-Johnson times, the pubs around Westminster, not least the Red Lion, a short trot from both parliament and Downing Street, were hardly lacking in custom.

There are, however, two elements perhaps distinctive to the events uncovered in Gray’s report.

One is that elements of Johnson’s Downing Street, including some of those associated with Vote Leave and Boris Johnson, brought with them a work culture of punishing hours and little time for socialising with non-colleagues.

Drink inevitably played a role in this. Before the pandemic, a decidedly drunk-looking Cummings, clasping a glass of red wine, was once seen wandering along parliament’s press corridor asking directions to a particular newspaper office.

There have also been repeated reports about a social culture centred around Carrie Johnson, albeit a less boozy one, involving friends of the PM’s wife of around her age who work in government.

Perhaps more significant was an outside event: lockdown. With pubs closed but No 10 staff still in the office, alcohol became their outlet for socialising too. After all, they might have thought, they were together anyway and were working hard. As Gray notes, this is true: but so were many other people who did not break any rules.