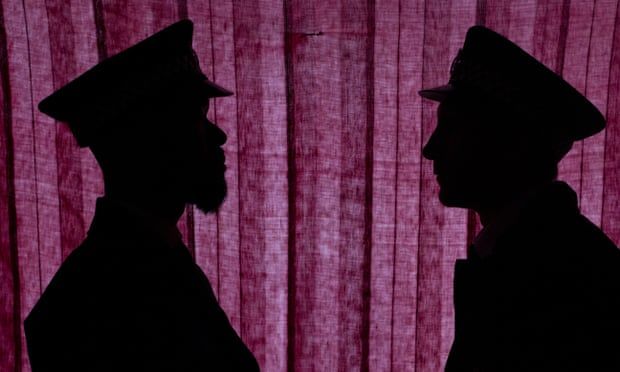 The Guardian documentary The Black Cop has won the Bafta for best short film.

Directed by Cherish Oteka and produced by Emma Cooper, The Black Cop is about Gamal “G” Turawa, a former Metropolitan police officer who explores his memories of homophobia, racial profiling and racial harassment in his early career.

On receiving the award, Oteka said it was a “huge collective win for the marginalised … all the outsiders and the people told, ‘You’re not good enough’.”

In an emotional speech, Turawa said: “It took many years of vomiting up the filth I had been taught about myself before I believed I had a right to be here. I have a right to be here. To be heard. Thank you to all those who came before us and who we now claim these rights for. Thank you – this is beyond anything I ever dreamed of in my life.”

Oteka added: “It’s so heart-warming that audiences have connected with The Black Cop in such a meaningful way and winning best short film is more than I could ever have hoped for.”

Katharine Viner, the editor-in-chief of Guardian News & Media, said: “This award from Bafta is a huge achievement, and a tribute to the talented film-makers who have produced such a powerful and stirring documentary. I’m delighted that the Guardian’s global platform played a part in helping Gamal’s story reach audiences … Congratulations to all involved.”

Poulton, who is also the Guardian’s head of documentaries, said: “I’m thrilled that The Black Cop has received this recognition from Bafta and am proud that Guardian documentaries was able to support Cherish and the film-makers to tell this important story of identity and acceptance.”

The Bafta win for The Black Cop is the second major award for Guardian Documentaries. In 2021, Guardian film Colette, 90-year-old former French resistance member Colette Marin-Catherine, who visits the concentration camp where her brother was murdered during the war, won the Oscar for best documentary short. In 2019, a Guardian film received an Oscar nomination in the same category for Black Sheep.