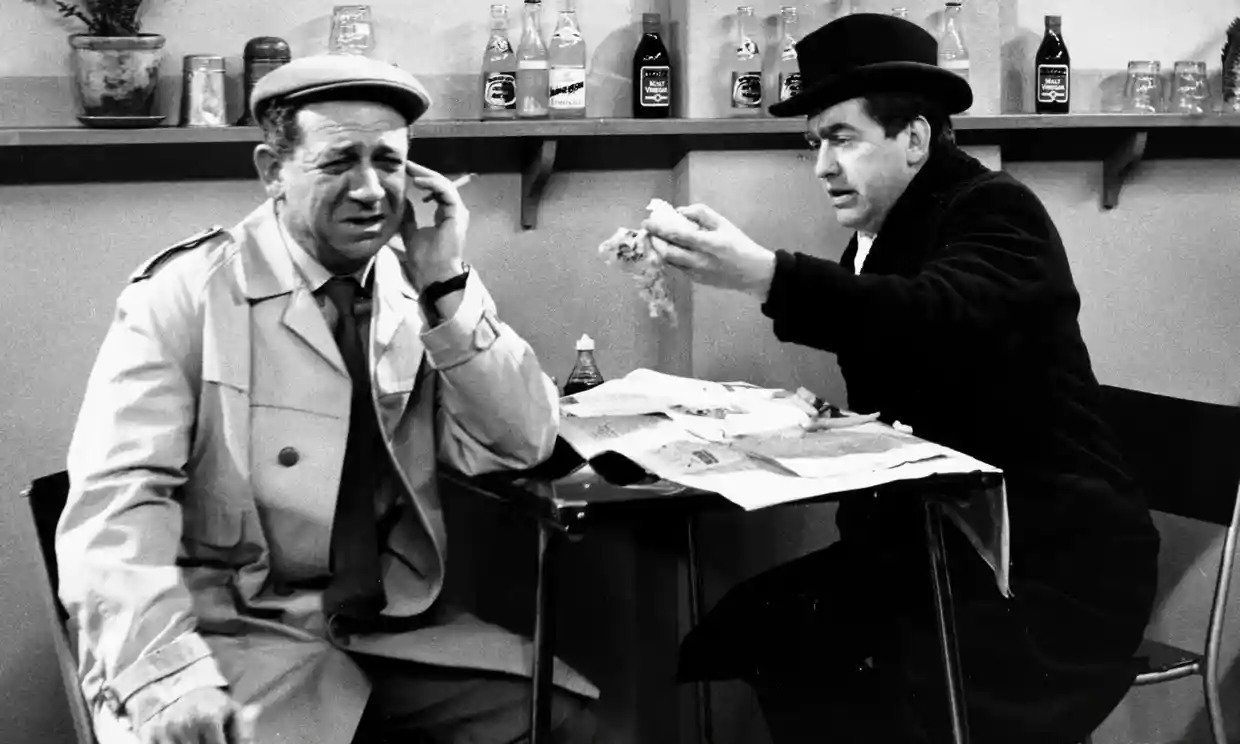 Hancock's Half Hour reminds us what once united Britain: laughing at each other

In the 1950s radio comedy, implacable differences of opinion just create a society full of people it’s enjoyable to laugh at
Plenty of people will remember Hancock’s Half Hour from when it first aired in 1954, and then there is the generation who know it because it reminds us of our dads. As far as I know, the line stops there: at least, I’ve never been able to curate this comedy gold in such a way as to endear it to my own offspring. I’m talking about the radio version, of course, which is better, because radio is.

When it launched, Hancock had a silly, romping spirit, in the fashion of It’s That Man Again or The Goon Show. The postwar years were very gentle on themselves, comedically speaking; it often felt as though they couldn’t cope with much edge, which after the mid-century carnage is fair enough.

By the show’s end in 1961, it was a completely different experience, a rumination on the human condition. I raise all this not to keep the flame alive at a sentimental time of year – well, that too – but because we have, for at least the past five years, and intensely during 2020, come to think of ourselves as a nation experiencing a sudden breach: always on the brink of a fresh culture war, inexplicably separated in our sensibilities and beliefs by chasms that cannot possibly be overcome by goodwill alone. And the more I listen to Hancock’s Half Hour, the more I think, that’s completely wrong. We’ve always been like this.

May I draw your attention to a particular episode, Fred’s Pie Stall. Fred, the pie man, has been asked to clear out of the market, so it can be modernised. There’s a grand subtext about the encroachment of modernity via commerce – nobody would allow ancient traditions and pie men to be cast aside if it weren’t for pesky shoppers and their filthy lucre – which is left unsaid, but plenty of stuff isn’t.

Before Tony Hancock and Sid James even touch on what they hate about cappuccino and kebabs, they take a detour via cleanliness – “All this hygiene stuff may be very nice but it takes all the charm out of things”.

This is actually the core case of the anti-mask brigade: the ones who say it’s an infringement of their civil liberties are pilfering the line from their US counterparts. Most of them just find it charmless: life is when you can see one another’s faces. Anything else is less like life.

Hancock hates young people, whose crime is their youth plus intellectualism (“Sitting there with their green fingernails and their omnibus edition of Ibsen”). I mean, hear the timeless gentleman out: he could be talking about snowflakes. He could be Nigel Farage. He could have a column in Spiked, or a slot on Rupert Murdoch’s new Fox-lite current affairs channel. Except it wouldn’t be funny, but park that for a minute.

They want to save Fred’s pie stall because it’s the last bastion of Britishness in a sea of Omelette Valenciana, “in Cheam high street, mark you!” . It turns out, because of course it does, that Fred is actually Italian, a detail they digest effortlessly. Anyone who flogs meat pies is British enough for them, wherever he was born.

The xenophobia isn’t about nationality any more than the generation war is about the young. It’s just about change. Things used to be the same, and now they’re different, and nobody asked Hancock, or any of his friends.

This is about the richest imaginable comic tradition, the grumpy man – who doesn’t even have to be male – who doesn’t like change, whether it’s a mass social movement or someone going out for an unscheduled walk. Its leitmotif is things costing more than they used to, but that’s not really about money, either.

The other day my uncle listed the price of a pint of Betty Stogs in every pub in Lewisham, and then meticulously compared that to what it used to be, pausing regularly to ensure accuracy. That took quite a long time.

Anyway, Hancock saves Fred’s pie stall (via some other joltingly recognisable themes: petty bureaucracy and an out-of-touch elite). Rapid gentrification ensues since the rich, once they’ve discovered saveloys, can’t stay away, and Hancock defects to the continental cafe he derided five minutes before, on the wings of the epiphany that what is ravioli, anyway, if not a plate of little meat pies?

In Hancock’s Half Hour everyone is ridiculous – the people who hate change and the ones who seek it, in this playful mudbath of piss-take and self-parody. Implacable differences of opinion and outlook weren’t a cause for mournful patience and hand-wringing toleration: they were the price you paid for a society full of people it was enjoyable to laugh at.

We are not in the grip of unprecedented or enigmatic division: the only mystery is when we lost our sense of humour about it. Figuring that out will throw up some difficult answers, but at least we’ll have started with the right question.
#Nigel Farage