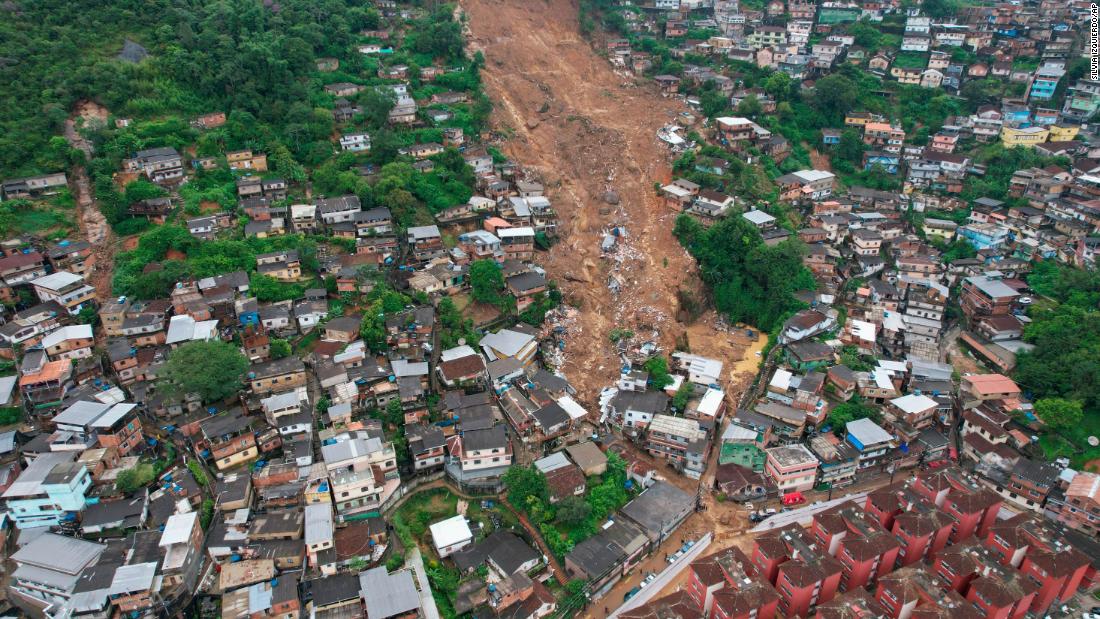 At least 110 people have died in the Brazilian mountain city of Petropolis, local officials said Thursday, after heavy rains triggered landslides that washed out streets, swept away cars and buried homes.

Another 134 people are missing, according to the Civil Defense of Rio, and continued heavy rains that forced the evacuation of another neighborhood in the city on Thursday could cause that number to rise.

Rainfall on Tuesday afternoon alone was more than the historical average for the whole of February, according to the Civil Defense of Rio.

Floodwaters raced through hillside neighborhoods, leaving a trail of destruction in their wake. Brazil's Civil Defense Secretariat said on Tuesday that 269 landslides had been recorded, CNN affiliate CNN Brasil reported. 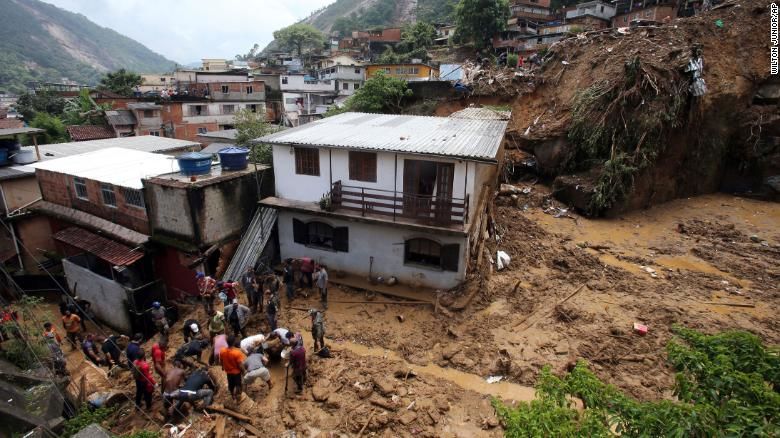 The search for survivors continues. 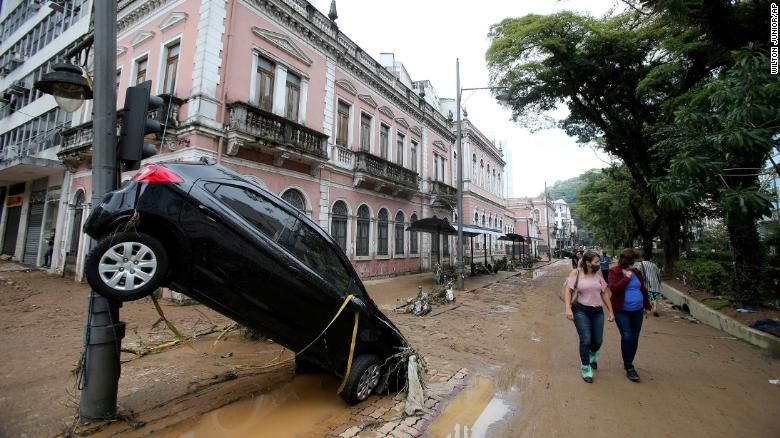 Search and rescue teams on Wednesday were wading through mud, scanning the wreckage for survivors. The National Civil Defense said it had saved 24 people, but that more than 439 people had lost their homes and rescue efforts were ongoing.

"The work continues and we will do the possible and the impossible to save lives," Rio de Janeiro state governor, Claudio Castro, said Wednesday in a post on Twitter, where he's been sharing updates. 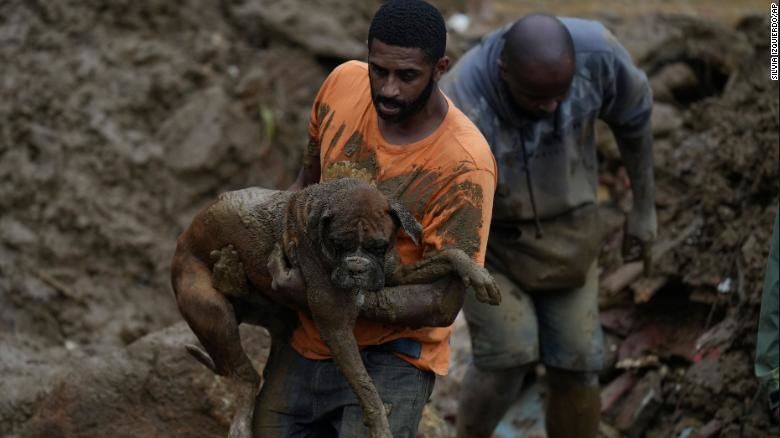 A man carries a dog away from an affected area.

On Thursday, salesman Luis Felipe de Oliveira was still searching for his missing brother and grandmother. "They are buried, but we don´t know if they are dead or alive," he told CNN. Rescuers are focusing on other homes in the neighborhood where the two lived, he said, so one of his brothers went to the site to dig through the mud. "I tell myself that I will find them alive. But I am prepared for the worst," Oliveira added.

Nestled in the hills north of the capital Rio de Janiero, Petropolis, nicknamed the "Imperial City" for its popularity among Brazil's monarchy in the 19th century, is known for its palatial architecture, grand theaters and museums. On Wednesday, photos and footage showed swathes of the majestic city in ruins.

Brazil's President Jair Bolsonaro, who was in Moscow when the landslides began on Tuesday and then traveled onward to Hungary, is expected to visit Petrópolis on Friday. He said Wednesday that he had spoken to ministers and asked for "immediate assistance" to be sent to the victims. 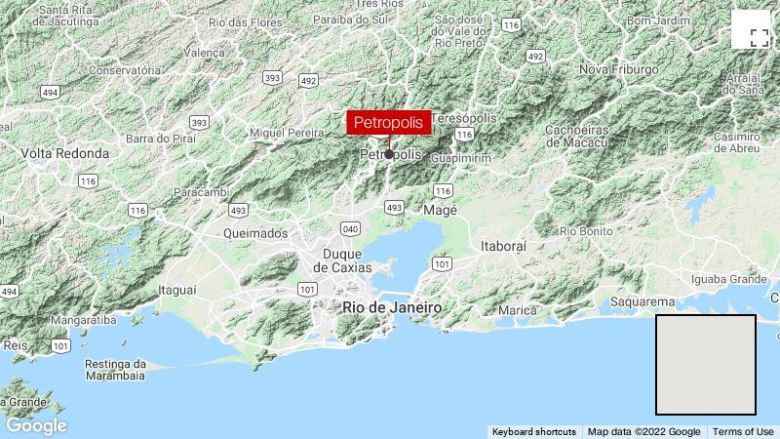 Since the 1960s, southern Brazil has experienced an increase in both the number of extreme rain events and the mean amount of rainfall, according to the Intergovernmental Panel on Climate Change (IPCC).

This is partly explained by natural variability in weather patterns, but also because of climate change, as well as aerosols and the depletion of ozone in the atmosphere.

Average global temperatures are now at least 1.1 degrees Celsius higher than they were before industrialization. Warming of 2C would mean even more intense and frequent of extreme rain events and flooding in southern Brazil, according to the IPCC.

Scientists say the world needs to make deep, sustained cuts to greenhouse gases, primarily by transitioning away from fossil fuels, to contain global warming to 1.5C.

Brazil has seen a number of natural disasters in recent months.

At the beginning of February at least 24 people died after heavy rain battered São Paulo, home to Brazil's financial center, triggering floods and landslides across the southeastern Brazilian state.

More than 1,546 families were displaced, according to a statement released by the State Civil Defense, which also said that at least eight children died in the disaster.

And at the end of December it was announced that the death toll from floods and heavy rain, which had blighted the Brazilian state of Bahia since November, had risen to 20.