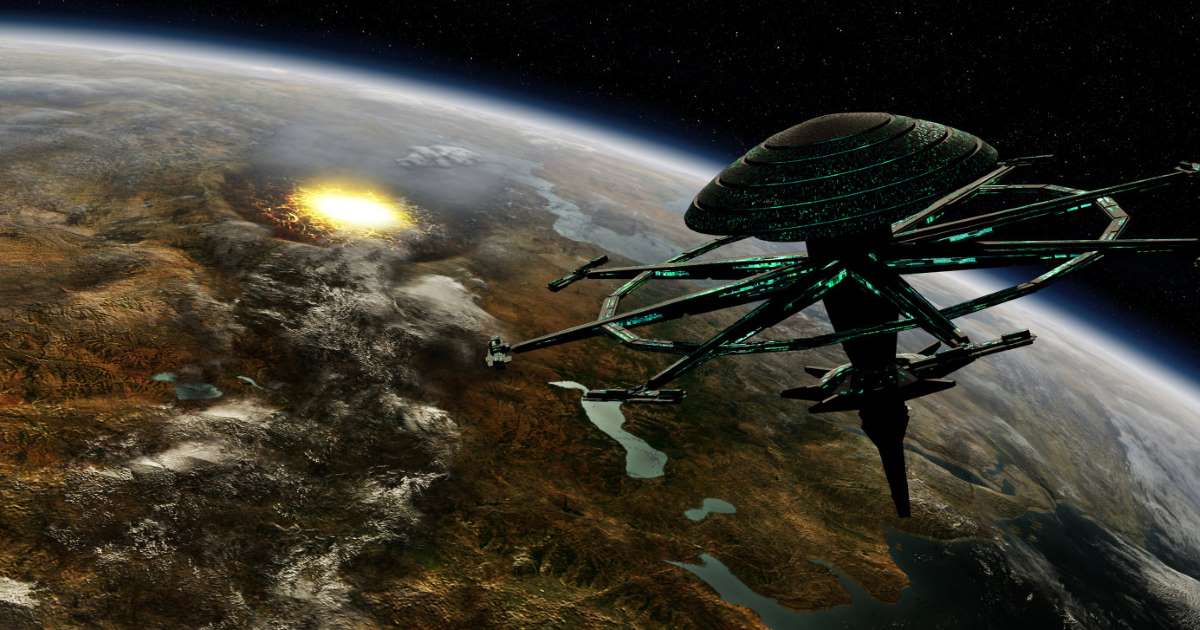 Hitting the Books: Nero, fiddling from orbit as Earth burns

Welcome to Hitting the Books. With less than one in five Americans reading just for fun these days, we've done the hard work for you by scouring the internet for the most interesting, thought provoking books on science and technology we can find and delivering an easily digestible nugget of their stories. Six Concepts for the End of the World by Steve Beard What happens when the lights go out, not just for one person, but all of humanity?

What happens when the lights go out, not just for one person, but all of humanity? Ragnarok, Armageddon, the Hour  humans have long grappled with the idea that the world might just up and end one day. Even in the 21st century, we're no closer to knowing the answering to this fundamental question.

Of course that hasn't stopped the world's current crop of wealthy industry magnates from taking steps to improve their chances of survival. Elon Musk and Jeff Bezos have both expressed interest in leaving an increasingly hot, crowded Earth behind and blasting off to live among the stars. But how would that work for the rest of us? Not very well at all if author Steve Beard's vision of this future turns out to be true. In Six Concepts for the End of the World, Beard mixes scientific research with experimental fiction to craft dystopian scenarios that make your Black Mirror nightmares look like Leave It to Beaver reruns.<

One year after the ratification of the Paris Agreement on climate change by United Nations members, the Eiffel Tower was bathed in green lights and the hashtag #SmileForThePlanet was flashed around the world. It was November 2016.

The United States was the first country to withdraw from the agreement. Other nations followed suit. China, India, Indonesia and Nigeria were soon building new coal-fired power plants at the rate of one a week. Carbon dioxide emissions from smokestack industries climbed rapidly during the 2020s, trapping much sunlight in the Earth's atmosphere and retaining its heat.

The planet baked. As the oceans steadily evaporated, even more fogging vapour was trapped in the atmosphere. Plants and trees withered. 'Runaway climate change' was a phrase on everyone's lips.

There were some visionaries. Baron Rothschild shipped much of his banking industry into orbit. The Iranians launched manned satellites and prayer rooms into space from their Imam Khomeini Spaceport. The old dotcom billionaire Jeff Bezos fired off thousands of rockets from the Florida Space Coast as he built his 'Las Vegas in the Sky' in the 2030s. Payloads delivered, the rocket stages dropped into the Atlantic Ocean, to be salvaged and reused.

The Zurich-based insurance giant Swiss Re reported a huge spike in storms, floods, droughts and wildfires round the world in 2039. People began to prepare for the melting of the Earth's ice caps. There were end-of-the-world parties. The 2040s was the era of the great migrations from the South to the North, the wars between the East and the West, the pogroms, massacres and regime changes. It was also when the world's elite made the final move into Earth orbit.

There was a clamour among the mass of the world's left-behind population to be permitted access to the relative safety of what was called 'Skyland'. But the terrific expense of rocket travel meant that only billionaires and government officials could afford it. Shanty towns sprang up around the Kennedy Space Center in Florida, the Baikonur Cosmodrome in Kazakhstan and Jiuquan Satellite Launch Center in Mongolia. Every so often, some of the shanty dwellers were crushed by a falling rocket.

Cargo cults built replica spaceports from tin and cardboard at the Earth's equator, where it was agreed there was the best chance of using the planet's rotational speed to achieve lift-off. Pirates scoured the shrinking seas hoping to find jettisoned rocket stages and sell them on the black market. Singapore, Kuala Lumpur and Nairobi installed zero gravity chambers in their public squares, boasting of their value first as training centres, then as grief-counselling centres.

The rockets burned brightly in the night sky for many years. Oil and gas were pumped out of the ground at an astonishing rate to fuel the rocket trade. The Middle East oil fields had long ago burned themselves out in the serial Gulf Wars. Daqing, Texas and Siberia were now the world's oil states.

In 2051, the Skylanders placed a total ban on Earth emigration to its orbital palaces and hotels. But they still wanted soybean, rice and wheat from the planet's farms. They wanted fish from its oceans, beef from its stockyards and alcohol from its breweries. They ordered up vast quantities of materials, more than they could ever need. And, in return, they rained down on the planet the only things they had to give – their garbage and their money.

The warlords who protected the Earth's oil fields and spaceports grew rich from the rocket trade. They spent their wealth on circuses, hunts and games. They failed to reward their scientists and engineers, though. And so the technological base supporting the rocket economy steadily dwindled. There was an

The rocket trade ended with the Great Space Hilton Fire of 2052. A rocket launched from Florida with a payload of coffee beans exploded when it docked with the cargo port of the orbital hotel. Thousands of Skylanders died. The fire lasted for months.

After this catastrophe, the Skylanders seceded completely from Earth. They stopped all trade, all communications, all travel. The lights went out in their space homes. Earth sent imploring messages to Skyland. But the only response was radio silence. Speculation mounted that the Skylanders had stockpiled food and drink in orbital reservoirs. It was thought they were planning to strike out for new worlds in the huge starships they had been secretly building for years. Or else it was assumed they had retreated into cryo-sleep and were waiting out the end of the world, intending to return only when they thought the planet's ice caps had replenished themselves.

Dependent on the space markets of Skyland for so many years, the industries of Earth found it hard to restructure themselves. There was a general decline. The oil rigs of Russia and China rusted, the spaceports decayed. The knowledge of how to build the rockets was lost, buried deep inside broken computers or scattered across forgotten deserts. The great equatorial cities became slums, dry with heat and dark with smog. Millions died of hunger, malaria and diarrhoea.

Skyland had always needed thousands of rocket boosters to stay afloat. Their whole habitat was built on resisting the tremendous gravitational pull of the Earth. After the Space Hilton Fire, though, the Skylanders lost confidence in rocket technology.

Perhaps they lost confidence in all technology. Who knows what crazed rites they conducted as their casinos and temples slipped from orbit, broke apart and fell to Earth? The fragments from their space homes pelted the tin houses of shanty town dwellers in Paris and New York.

Even now, on a clear night, the burning remains of the Skylanders can sometimes be seen showering through the atmosphere. It makes for a wondrous sight.