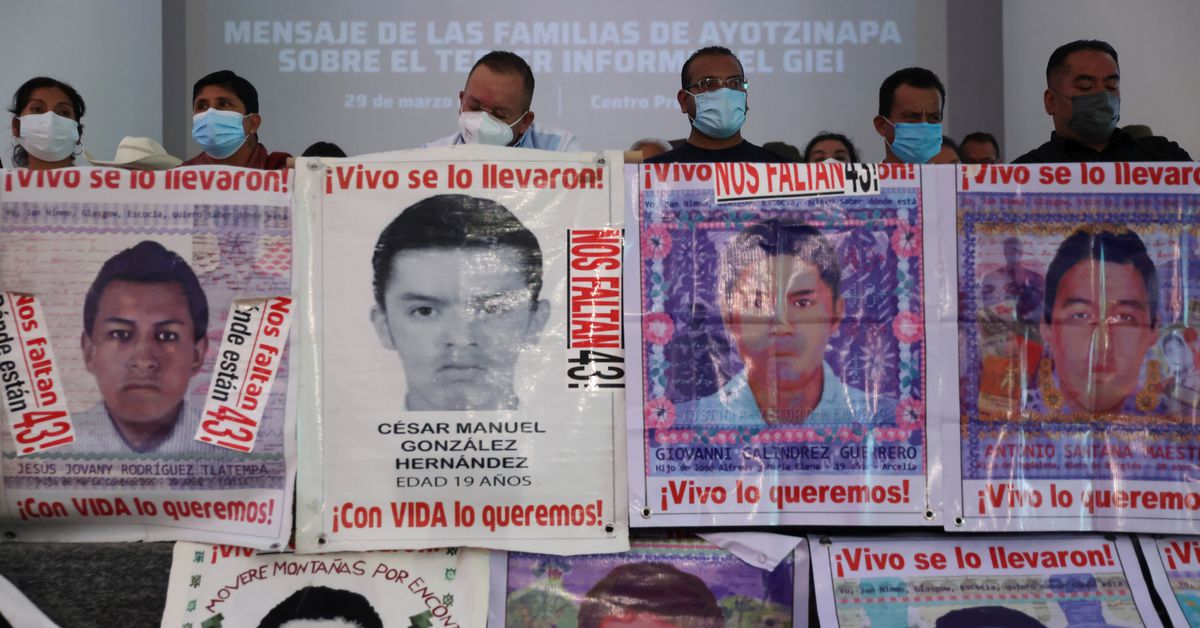 Mexican officials on Thursday called the 2014 disappearance of 43 students a state crime that was covered up by the government, in another damning assessment of the previous administration's actions regarding one of Mexico's worst human rights atrocities.
President Andres Manuel Lopez Obrador has pledged to reveal what happened to the students, who vanished in the southwestern city of Iguala in September 2014, having dismissed the previous government's version of events.

The case sparked international outrage over disappearances and impunity in Mexico, and did lasting damage to the administration of then-president Enrique Pena Nieto, particularly as international human rights experts criticized the official inquiry as riddled with errors and abuses.

In the aftermath, the last government "concealed the truth of the facts, altered crime scenes, covered up the links between authorities with a criminal group."

One of the students was a military informant, yet authorities did not follow protocol for finding missing soldiers, Encinas also noted. If they had done that, "the disappearance and murder of the students would have been prevented," he said.

Despite extensive searches, the remains of only three students have been discovered and identified, Encinas said.

The students' families have long expressed hope their loved ones had survived, putting pressure on the government in protests in which they chanted, "We want them back alive."

Encinas made a rare official acknowledgement that the students did not survive.

"There is no indication the students are alive. All the testimonies and evidence prove that they were cunningly killed and disappeared," he said. "It's a sad reality."

According to the version of events announced by the Pena Nieto administration in 2015, a local drug gang mistook the students for members of a rival group, killed them and incinerated their bodies in a dump.

Under Lopez Obrador, officials have issued dozens of arrest warrants, including for military members and police, and requested the extradition from Israel of a former official accused of manipulating the investigation.