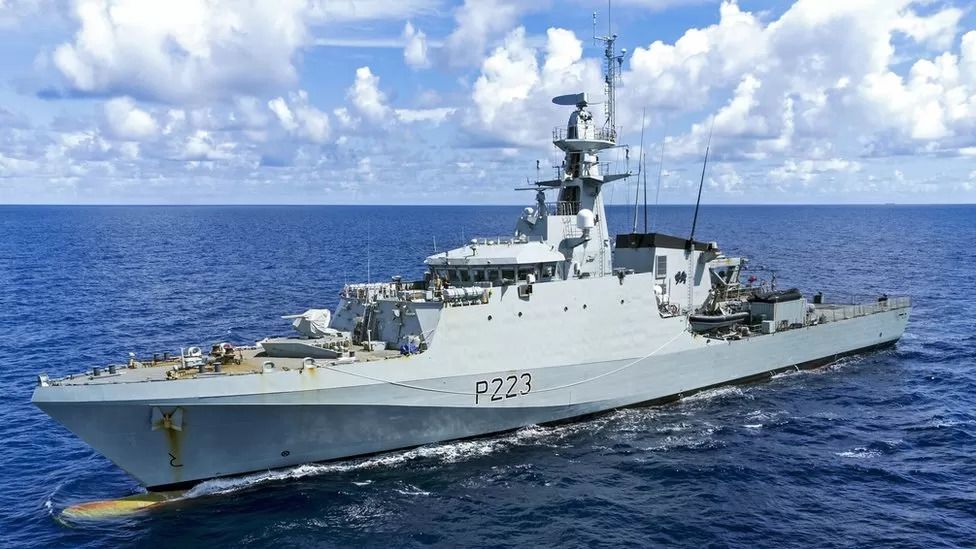 The crew of a Royal Navy warship rescued five people after their tug sank in the Caribbean.

On Friday, HMS Medway responded to an SOS message from an ocean-going tug which was sinking off the British Overseas Territory of Anguilla.

The crew took refuge on a large barge filled with sand which the tug had been towing when it began to flood.

The five members, who were "uninjured but shaken", were recused and taken ashore, the Royal Navy said. 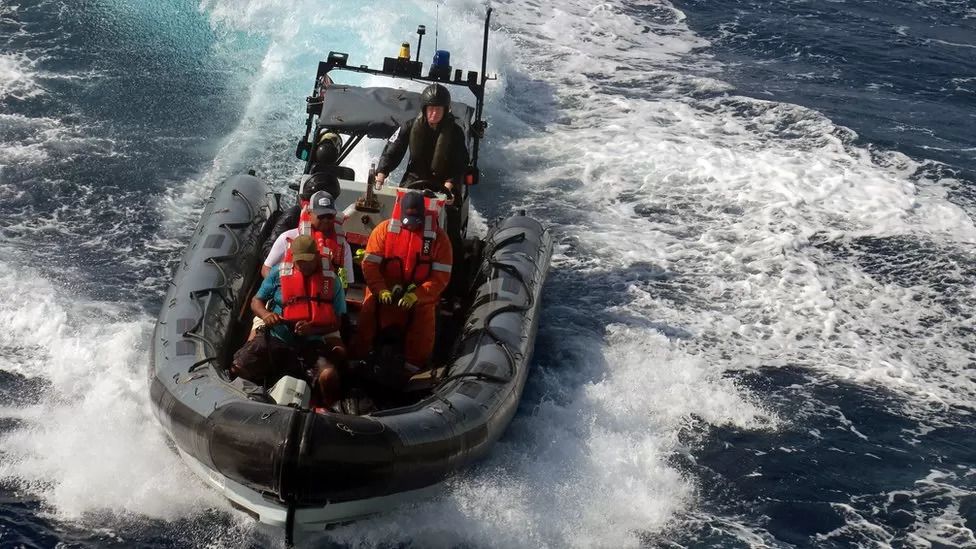 HMS Medway's sea boat faced 30 knot winds and 5ft waves during its rescue of five people near Anguilla
"Whilst we were cautious as we made our approach to the barge and tug, we were able to reassure the crew and transfer them clear of the barge safely," HMS Medway's boatswain, Petty Officer Sarah Griffiths, said.

She added the five crew members from the tug "were hugely grateful". 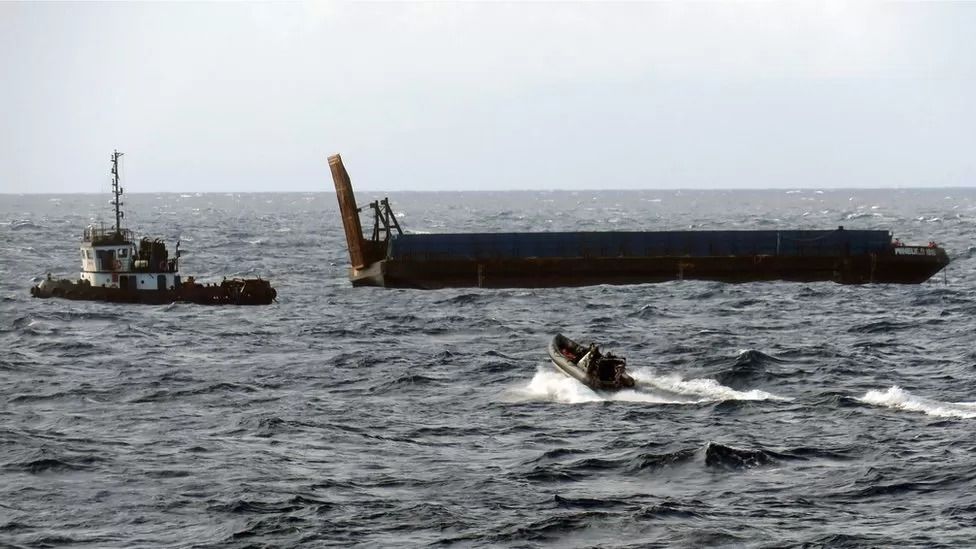 The five crew members had to sit on a large barge filled with sand, which the tug had been towing when it began to sink

Portsmouth-based HMS Medway was the Royal Navy's permanent vessel in the region and was 20 miles west of the island of Sint Maarten when it heard the SOS message.

The warship's executive officer, Lieutenant Commander Carla Higgins said: "The swift-thinking and actions of the team were fantastic and we were thankful to be conducting routine maritime security operations in the area to become the on-scene commander working with the local authorities, and assist the crew to safety."