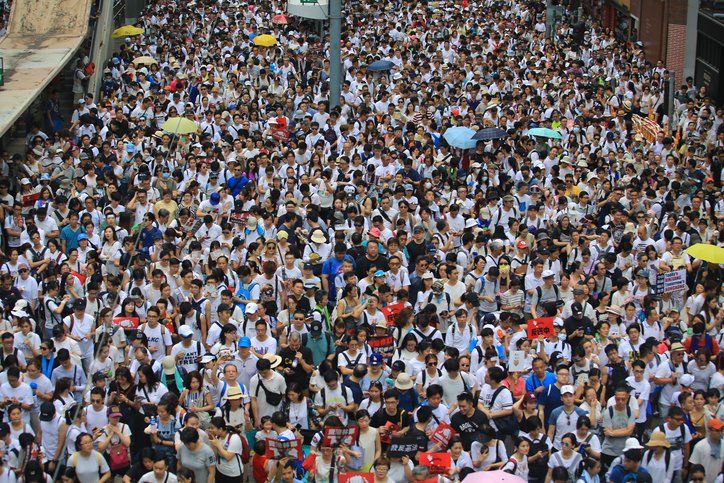 According to EconReporter — an independent investigative media outlet in Hong Kong — the 2014 generation was dependent on Facebook. Jacky Chan Man Hei, a former general secretary of the Hong Kong student federation now studying political theory in the UK, said that "most young people don't use Facebook anymore and turned to Snapchat or Instagram."

Some believe the switch from Facebook to other means of communications to spread the message among demonstrators may be key.

At the core of the issue is Facebook's algorithm, which prioritises posts triggering an intense debate in the comments.

"In 2014, Facebook amplified the disagreements between the various 'school of thoughts'," EconReporter wrote.

Per Man Hei, "Facebook is not a useful tool for the movement except for those celebrities and parties, on which they make announcements and deliver statements."

Instead, Facebook's written posts have given way to Instagram's videos, images and live streams.

'Promote democratic decisions'
But the two social networks are far from the only available platforms demonstrators have been using.

According to Man Hei, Telegram has become the most used message service, mostly because it is encrypted.

The LIHKG forum has also replaced the HKGolden one used in 2014, which was criticised after the site managers were forced to hand over the IP address of a 23-year-old to the authorities.

"I think it is very important people can be anonymous on LIHKG and can really say what they really think, don't care about rivalries and leave the judgment to other people, " Han Mei explained.

Users need to register with an email address, which somewhat restricts their numbers, and they can then can assign a number of points to a post with the best-rated ones then featured prominently on pages — similarly to Reddit.

Then once in the streets, and to mitigate the impact of any attempts by authorities to curtail access to certain platforms, protesters turned to features like Apple Airdrop which allows for digital pamphlets to be shared even when offline.

"In 2014, the movement had no experience and leaders did not know how to handle it and promote democratic decisions within it," Han Mei said.

"The future of the anti-extradition movement will depend on whether we can keep the momentum (...). We have to be good at telling another story, no longer focused on the aspect of the clash but on issues such as the relationship between people and the feeling of community," he added.