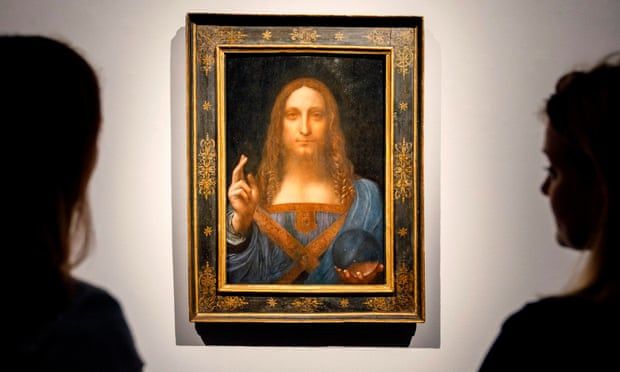 The National Gallery is facing controversy over its role in the tangled story of how the world’s most expensive painting emerged from obscurity before being sold for a staggering £320m, only to vanish again from the public eye.

The gallery exhibited the Salvator Mundi in its Leonardo da Vinci exhibition a decade ago when it was an unknown work with doubts about its attribution, restoration and ownership.

The criticisms are voiced in a major film documentary that lifts the lid on some of the murkier dealings of the art market. Professor Bernd Lindemann, the then director of the Gemäldegalerie in Berlin, tells the film-makers: “I was surprised to see the painting in the exhibition at the National Gallery. It is a problematic painting, and I think it’s not the role of serious museums to present a painting which is so heavily discussed.”

The Gemäldegalerie, which has one of the world’s most important collections of European paintings, was among the owners of public and private collections contacted by the painting’s former owners – a consortium of dealers – who were struggling to find a buyer.

In the documentary, The Lost Leonardo, Lindemann recalls the approach, and that he was unimpressed that the picture had been so extensively reworked by a restorer. “One day I got a telephone call. It was a dealer and he said he has something which could be interesting for the Gemäldegalerie. That was the painting. Most of the painting is a remake and this was, for me, the argument to say, ‘No, this is not a painting for the Gemäldegalerie’.” 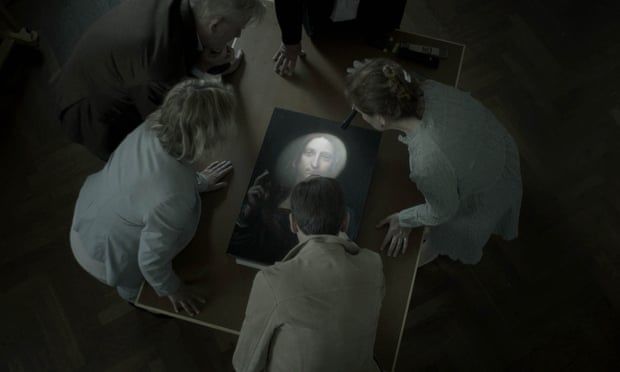 A still from the documentary film The Lost Leonardo.

The National Gallery unveiled the painting in its 2011 Leonardo exhibition. Although there is an unwritten rule that public galleries should not display pictures that are available for sale, one of the former owners has insisted that it was not for sale when the show was announced. Hanging an unknown picture in such a prestigious institution would have done wonders for its market value.

The painting’s whereabouts cannot be traced earlier than 1900, when it was sold as the work of Leonardo’s follower Bernardino Luini for £120. When it was purchased in 2005 by dealers Alexander Parrish and Robert Simon for $1,175, it was seriously damaged and Dianne Modestini began work on a restoration programme that was so extensive that it lasted from 2005 to 2017.

It went on to sell at Christie’s New York for a record-breaking $450m (£320m) in 2017, only to disappear without trace. Doubts about it only intensified, with the Louvre in Paris later downgrading it to the work of a lesser contemporary hand.

The documentary, released in cinemas later this year, explores how the painting’s planned inclusion at the Paris Louvre’s 2019 blockbuster exhibition was cancelled. In an interview, Jacques Franck, a Leonardo expert, recalls writing to President Macron, warning that the Louvre should not show it as a true Leonardo. The film reveals that decisions were made at the highest level, involving the French president.

While some scholars remain convinced by the picture, others dismiss it as the work of an assistant or the restorer, Modestini, who defends herself in the documentary.

Michael Daley, director of ArtWatch UK, who has researched the Salvator Mundi extensively, agreed that the National Gallery should never have exhibited the painting as a Leonardo: “You don’t put a punt in a show.”

The Lost Leonardo was directed by Andreas Koefoed, an award-winning Danish film-maker. He shows how, in 2013, Yves Bouvier, an art adviser and freeport owner, bought the work for $83m and resold it to Russian billionaire Dmitry Rybolovlev for $127.5m, making a vast profit in less than 48 hours. Bouvier was then accused by Rybolovlev of swindling him.

Bouvier recalls acquiring the Salvator Mundi: “We invited the owners of the painting to Paris and, to lead the negotiation, I hired a friend of mine who is a former poker player. Why? Because a poker player knows how to read the opponent.”

The documentary exposes the dark dealings of a trade where Geneva’s freeport alone is said to hold billions of dollars worth of art.

Doug Patteson, a former CIA officer, tells the film-makers: “The history of the Salvator Mundi and how it’s grown in value is opening eyes to how money can be moving in different ways through the freeport system – a tax-free haven where very wealthy people will often keep items secret from the tax authorities.” 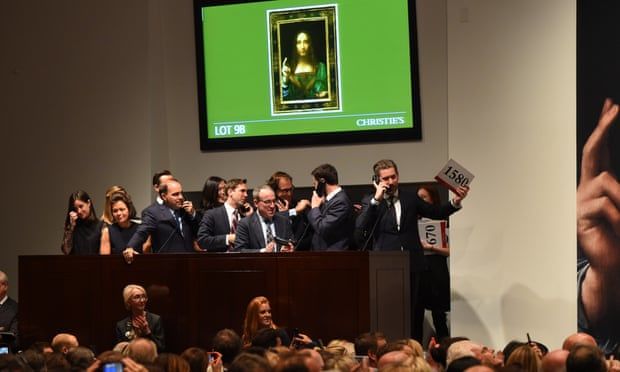 Auction for the Salvator Mundi at Christie’s New York, 2017.

Other interviewees include Robert King Wittman, founder of the FBI art crime team, who says of the Salvator Mundi’s record-breaking price: “Why anyone would pay that kind of money for a piece that had questions about it is very strange. That particular painting is not worth what was paid for it. So there is a suspicious aspect to it. And the provenance is very murky.”

Since 2017, the picture’s location has remained a mystery. It is believed to be owned by Saudi Arabia’s crown prince, Mohammed bin Salman.