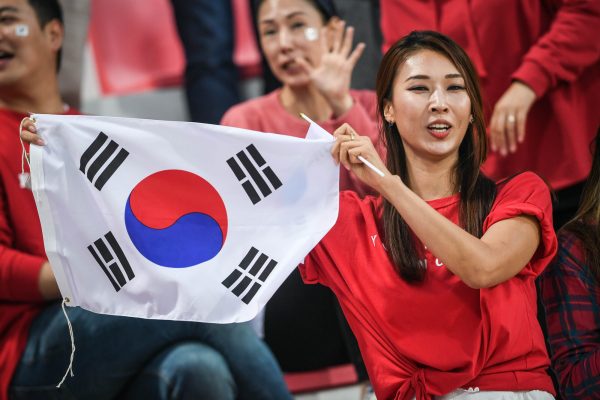 How Feminism Became a Dirty Word in South Korea

The demonization of feminist discourse and ideology in South Korea is a critical impetus for young Korean men’s embrace of misogynist attitudes and conservative politics.
In his article “Why So Many Young Men in South Korea Hate Feminism,” S. Nathan Park characterizes aggressive misogyny among young South Korean men as a misguided perception that men face societal disadvantages in response to efforts to “break the glass ceiling.” Park argues that this escalating political current has driven the demographic’s embrace of conservative politics, embodied by the mounting popularity of conservative leader Lee Jun-seok.

However, the impetus for this collective misogyny is more complex than a reactionary response to the perceived illegitimacy of progressive gender equality. The demonization of feminist discourse and ideology, underpinned by a misconstrued belief that the term is synonymous with radicalism and misandry, is central to this accelerating political current reflected in Lee’s anti-feminist discourse.

Park argues that a prevailing meritocratic ideology underpins young South Korean men’s opposition to feminism. Removed from the historical struggles of previous generations of Koreans, young men today enjoy a “distorted moral sensibility” tied to the individualist pursuit and capitalist stresses of a rigorous and competitive educational and employment landscape. Systemic gender inequality, indicated by statistics such as the gender pay gap widening from 34.6 percent in 2018 to 37.1 percent in 2019, is undermined when viewed through a meritocratic perspective, “where the poor are to blame for their own suffering.” Accordingly, Park notes that young Korean men overwhelming endorse the statement, “women earn less because they give less effort to their careers.”

Consequently, Park argues the current misogynist tide is motivated by young Korean men’s perception of women as “threats who continue to receive preferential treatment.” Despite the World Economic Forum ranking South Korea 115th out of 149 countries on Gender Equality in 2018, societal efforts to combat gender inequality are construed as creating a punitive environment for young men. This predicates, as Park argues, men’s perception that they are “victims of feminism.”

However, a meritocratic viewing of the “meeting point of gender and power” is not enough to account for the embrace of aggressive misogyny displayed by such large cohorts of young Korean men. Feminist discourse promotes hostility and fear in young Korean men because it has been misconstrued as inherently radical and misandrist.

Online communities advocating women’s rights have led to a growing misunderstanding that feminism is ubiquitous with misandry. The Korean website Megalia was founded to combat and mirror pervasive misogyny by providing an online forum where women could air similarly derogatory comments toward men. An escalating extremist culture of misandry led to the site being repeatedly shut down, with this more radical discourse gravitating to other websites and online communities. Launched in 2016, splinter site Womad features posts claiming to have committed crimes against men.

Interviewed for The Korea Times, researcher Lee Na-mi worries that the “rebound phenomenon” embodied by such websites, in retaliation to misogynistic sites such as Ilbe Storage, risks the feminist movement being “distorted and perceived wrongly.” This is echoed by Korean feminist YunKim Jiyoung, who tells Vice that “feminists are being presented as misandrists to be silenced and to have their efforts for gender equality stigmatized.” This is despite Womad’s doctrine specifying that its members do not define themselves as feminists. The altruistic campaign for gender equality risks being jeopardized by radical discourse that is not representative of feminists’ movement for gender equality.

The effects of such stigmatization manifested in 2018, when musician San E released his the song “Feminist,” littered with misogynist lyrics. He followed this with an anti-feminist outburst during a concert, exclaiming “Womad is poison. Feminist, no. You’re a mental illness.” His words misrepresent feminism as being synonymous with these radical movements.

The implications of the growing stigma associated with feminist discourse are evident in comments from 23-year-old Seoul student and self-proclaimed radical feminist Shin Set-byul, who told NBC News: “I would say it’s still dangerous to openly call yourself a feminist in Korea today.” This is reiterated by comments from Seoul café owner Sira Park, who told Vice: “I don’t want to be called a feminist here in Korea… there’s a certain stereotype and stigma that comes with the title here.”

This demonized perception of feminism is echoed in the vitriolic online responses to the social media posts of female celebrities promoting feminism. Singer Irene’s 2018 Instagram post, featuring the novel “Kim Ji-young, Born 1982,” acknowledged by many as feminist literature, was met with scathing and hostile online responses from male fans. “She has virtually come out as a feminist, and I’m no longer her fan,” commented one male social media user.

Hateful reactions to celebrities’ feminist allegiances have contributed to a culture where feminist ideology is shunned and subject to apologism. Musician Son Na-eun’s 2018 Instagram post, featuring a phone case with the phrase “Girls can do anything,” was similarly maligned. After negative backlash led Son to delete the post, her agency issued a statement rejecting her association with feminist discourse, dismissing the slogan as “simply a product of the French fashion label Zadig & Voltaire.” This apologist response reflects an urgent desire to disassociate from any feminist messaging.

The anti-feminist jargon employed by conservative leader Lee Jun-seok, whom Park views as the “political champion” of misogynist young men, is indebted to proliferation of the myth that radical, misandrist movements are intrinsically linked with feminism. In his book, “Fair Competition: Asking Value and Future of Korea’s Conservatism,” Lee acknowledges; “Deep down in their hearts, I think moderate feminists would have mixed feelings toward Womad.” However, this concession invokes a continued skepticism of the feminist movement by suggesting its point of difference with radical misandrist movements is marginal.

Consequently, Lee’s comparison of Womad to “terrorists” serves to proliferate, exploit, and capitalize on societal misunderstanding of feminism. This approach complements his agenda’s focus on disbanding measures that promote gender equality, such as promising to abolish female quotas in his party, the People Power Party (PPP). Since Lee’s jargon is rooted in an attack on radical feminism, an understanding of the stigma arising from Korean society’s confusion of feminism with these radical movements is crucial to scrutinizing how his election as leader of the PPP has accrued the support of misogynist young men.

Stigmatized public perception of feminist ideology, understood to be permeated with misandry and radical feminism, underpins young Korean’s men’s perception of themselves as “victims of feminism.” Alongside contributing factors such as the demographic’s “worship of the idea of meritocracy,” the demonization of feminism is critical to understanding the “over-the-top hostility” toward this discourse, which Park contends is central to young men’s embrace of conservatism.