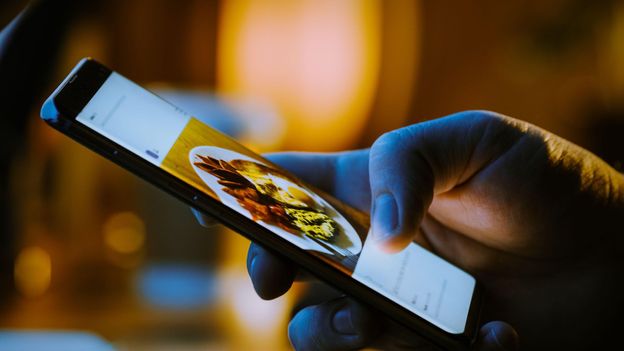 How food influencers affect what we eat

It is hard to browse through social media without coming across a banquet's worth of mouth-watering posts, but do these actually alter your own food choices?

Many of us are lucky enough to have some degree of choice over what we eat. When we open the fridge or browse the shelves of the local supermarket, there are a smorgasbord of options available to us. But are the decisions we make about our diet as free as we like to think? What if there was something other than our own hunger and the choices that happen to be at eye-level influencing what we eat?

Scroll through social media sites such as Instagram, Twitter or Facebook and you will be confronted with picture after picture of perfectly presented and utterly delicious-looking meals. While the smell and taste of food can have an undeniably powerful effect on our cravings, are endless posts of steaming snacks and glistening morsels more than just a feast for our eyes?

Certainly, it appears we're hugely influenced by other people – especially those closest to us – when it comes to what we eat. Research has found that the closer and stronger two people's connection, the more sway they have over each other's food choices.

"A lot of our cues from face-to-face interactions are linked with who we're with," says Solveig Argeseanu, associate professor of global health and epidemiology at Emory University in Atlanta, Georgia, US. "It's more about the relationship and how I compare myself with that person than specific individuals. If I think the person I'm with is more attractive or popular, I'll tend to want to imitate them more."

This can mean these social cues generally encourage us to eat more, Argeseanu adds. Although, being around healthy eaters may encourage you to eat healthier, too, according to research.

Our eating habits are also influenced by what we see. Scientists say we favour "oozing" protein, a dribbling egg yolk, or bubbling mozzarella, for example. 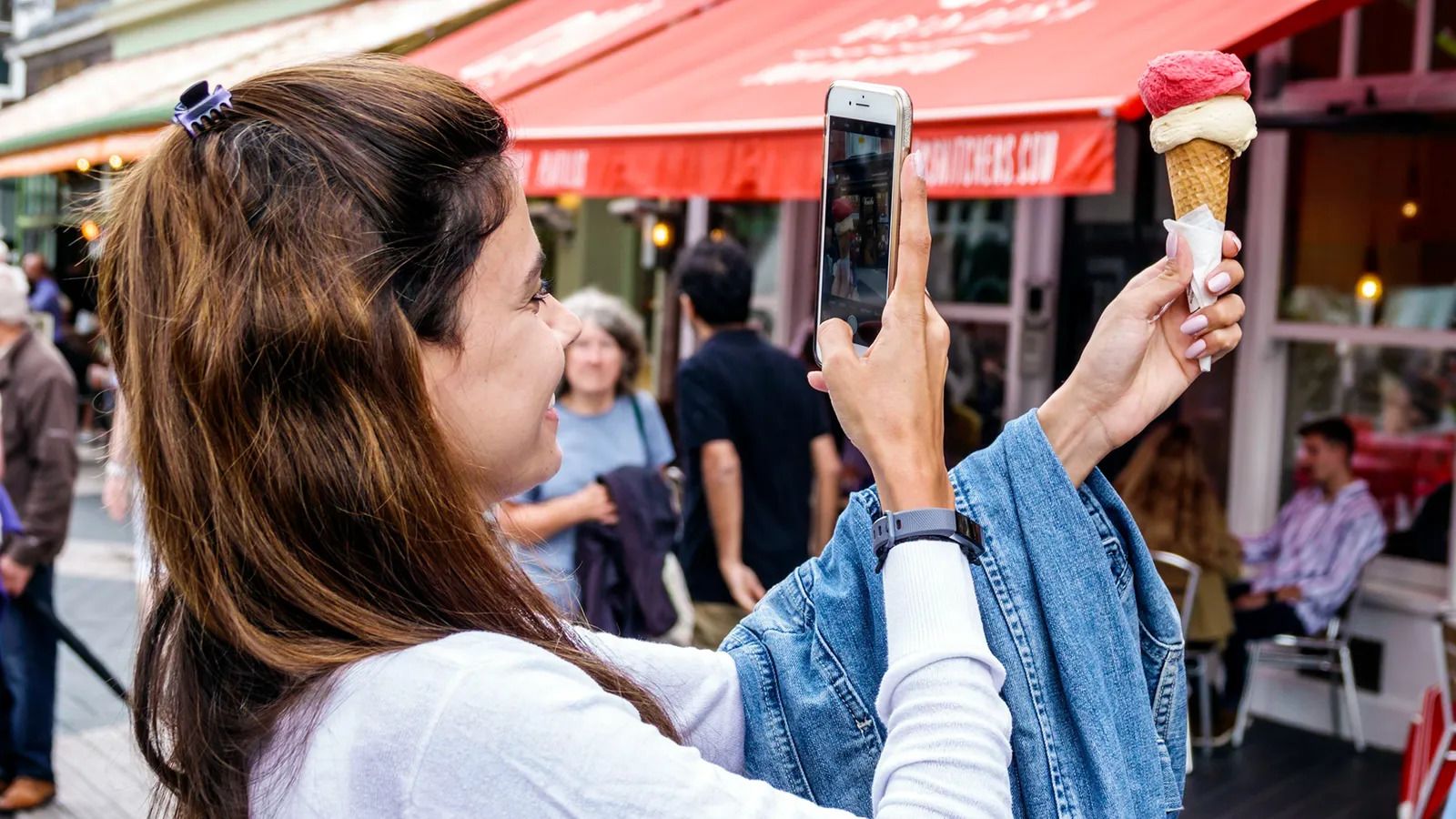 "There is some evidence that, if you see pictures of food, that visual stimulation can prompt you to feel a desire to eat," says Suzanne Higgs, professor in the psychobiology of appetite at the University of Birmingham, UK. Although, she says, whether people follow through on that desire is influenced by lot of other factors, such as what food is available at the time.

But social media is one place where visual and social cues meet. There is certainly evidence that if friends in your social network post regularly about particular types of food, it could lead you to copy them, for better or for worse. And research indicates that social media might be changing our relationship with food, making us think differently about what we eat.

"If all your friends on social media are posting pictures of themselves consuming fast food, it's going to set a norm that eating fast food is what people do," says Higgs.

Research suggests we're more likely to engage with photos of fast food, says Ethan Pancer, professor of marketing at Saint Mary's University in Halifax, Nova Scotia, Canada. This is particularly true of saturated fat, because it makes us feel good by releasing dopamine and stimulating pleasure centres in the brain. Humans are biologically primed to seek out calorie-dense food – an ability that helped our ancestors survive when they foraged for food.

"Evolutionary psychology has found that people feel happy when they simply see these foods, and thus engage with it more," he says.

With more exposure to unhealthy foods, consumer perceptions of what is considered normal eating habits may skew to be unhealthier – Ethan Pancer

It doesn't help that healthier foods are often seen as boring in comparison, whereas processed food is seen as "cool", says Tina Tessitore, associate professor of marketing at the Institut d'Économie Scientifique Et de Gestion (IESEG) School of Management in Lille, France. "In advertising, you see unhealthy food in social settings – people having a barbeque with friends, for example, while healthy food often focuses more on the nutritional value. If you saw friends eating salad together, it wouldn't seem so credible," she says.

One study estimated that children and adolescents see marketing for food between 30 and 189 times per week on social media apps, with fast food and sugary drinks being the most common. But it's not just advertising placements from the food industry that are responsible – we're all capable of influencing people online. 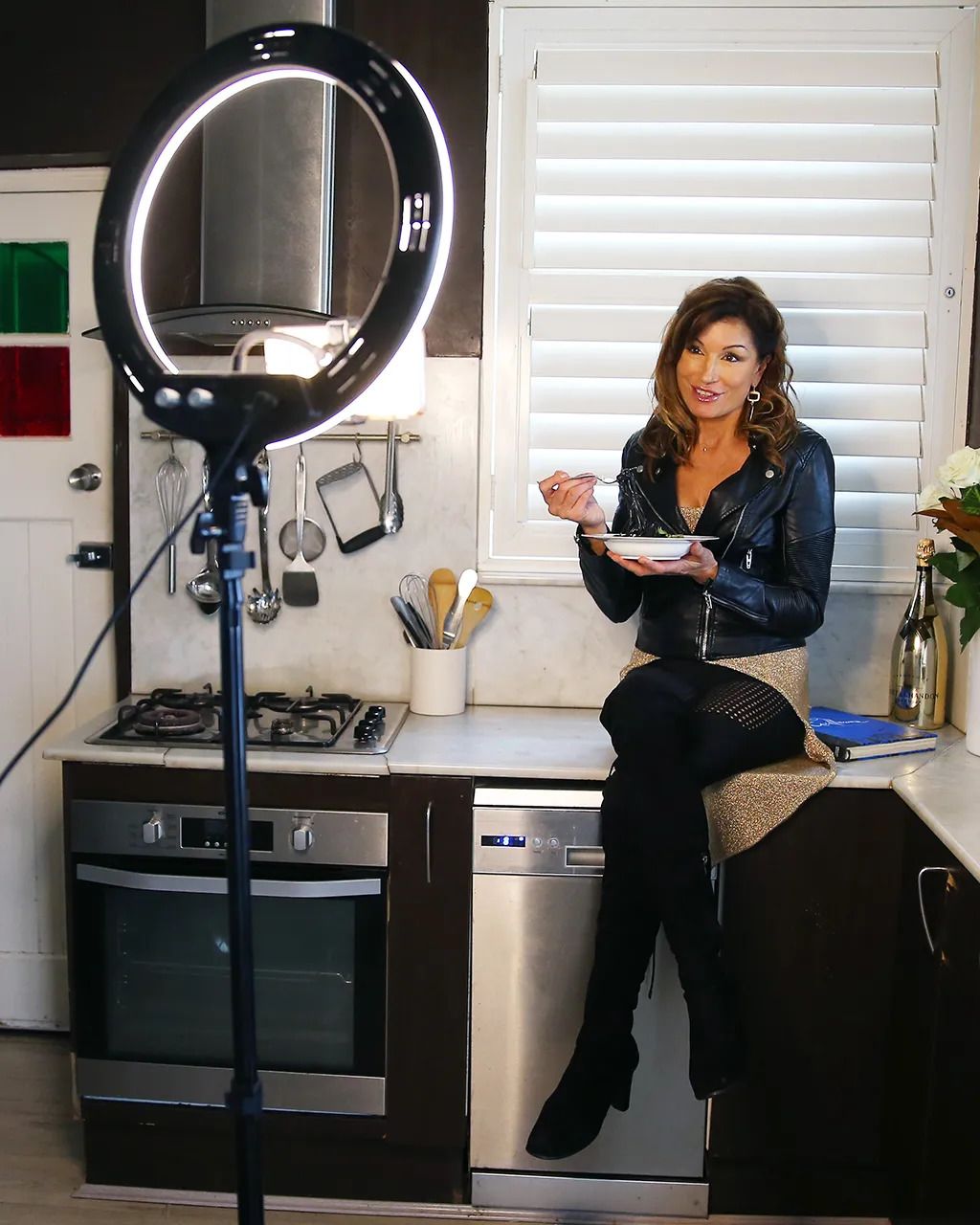 "When we think of advertising, we think of industry trying push a product, but influencers can work in the same way," says Patricia Cavazos, professor of psychiatry at Washington University School of Medicine, in St. Louis, Missouri, US. "Content on social media from peers is very influential, in terms of impacting what we feel is relevant and appealing, and social norms of how to behave."

It starts to get risky, Cavazo says, if the content people see perpetuates an unhealthy body image, for example.

"Some of us are less influenced by content, but for others who are already at risk and may have symptoms of eating disorders, having more content that normalises unhealthy eating patterns could trigger someone to move towards unhealthy behaviours."

But while studies have found that social media can make us think differently about food, and that we typically engage more with content featuring unhealthy food, it's uncertain yet whether this actually translates to our changes in our behaviour in daily life.

"If I'm scrolling through Instagram, looking at photos of tasty food, whether I seek out the food I'm prompted to seek out depends on how hungry I am, and whether it's appropriate in that moment," says Higgs.

And when we do eat, we're influenced by more than what we've seen online, she adds.

"Research would suggest that, when making a decision about what and how much to eat, we're combining different pieces of information," says Higgs. "Momentary influences come together in ways we don't understand very well."

Research has found that that these influences can include level of nutritional knowledge, body ideals, cooking skills and cost.

And while researchers can relatively easily isolate possible influences on social media to see how it affects our diets, there's much more going on in real life that these studies can't look at, Higgs says.

Some research shows that if we're scrolling through lots of photos, we start to tune them out – we start to feel something that feels like satiety – Solveig Argeseanu

"It's possible for some people in certain situations that social media could be the predominant factor that influences their behaviour, but it's only one factor," she adds.

The amount of influence social media has on us also varies by individual, says Melissa Atkinson, a lecturer in psychology, at the University of Bath, UK.

"There's a lot of individual difference in terms of how we respond to social media images, in terms of our own biological and psychological processes," she says. Some people have a higher reward response to food cues, for example, where the brain sends out pleasure signals after seeing certain foods, Atkinson says. These people are more likely to respond to food cues no matter where they see them.

But even without definitive answers, researchers are looking at ways to make social media influence our diets in positive ways.

Tessitore, for example, has found a way to make healthier food seem more exciting on social media. She created two Twitter pages that were identical apart from one detail – one had 23 followers, while the other had more than 400,000.

Both accounts published the same tweet about eating healthy food. She showed participants to one of the two accounts, and when asked afterwards how likely they were to eat a salad, those who saw the account with more followers were more inclined to want to eat a salad.

This is because the more we assume someone has influence, the more likely we are to be influenced by them ourselves, Tessitore says. 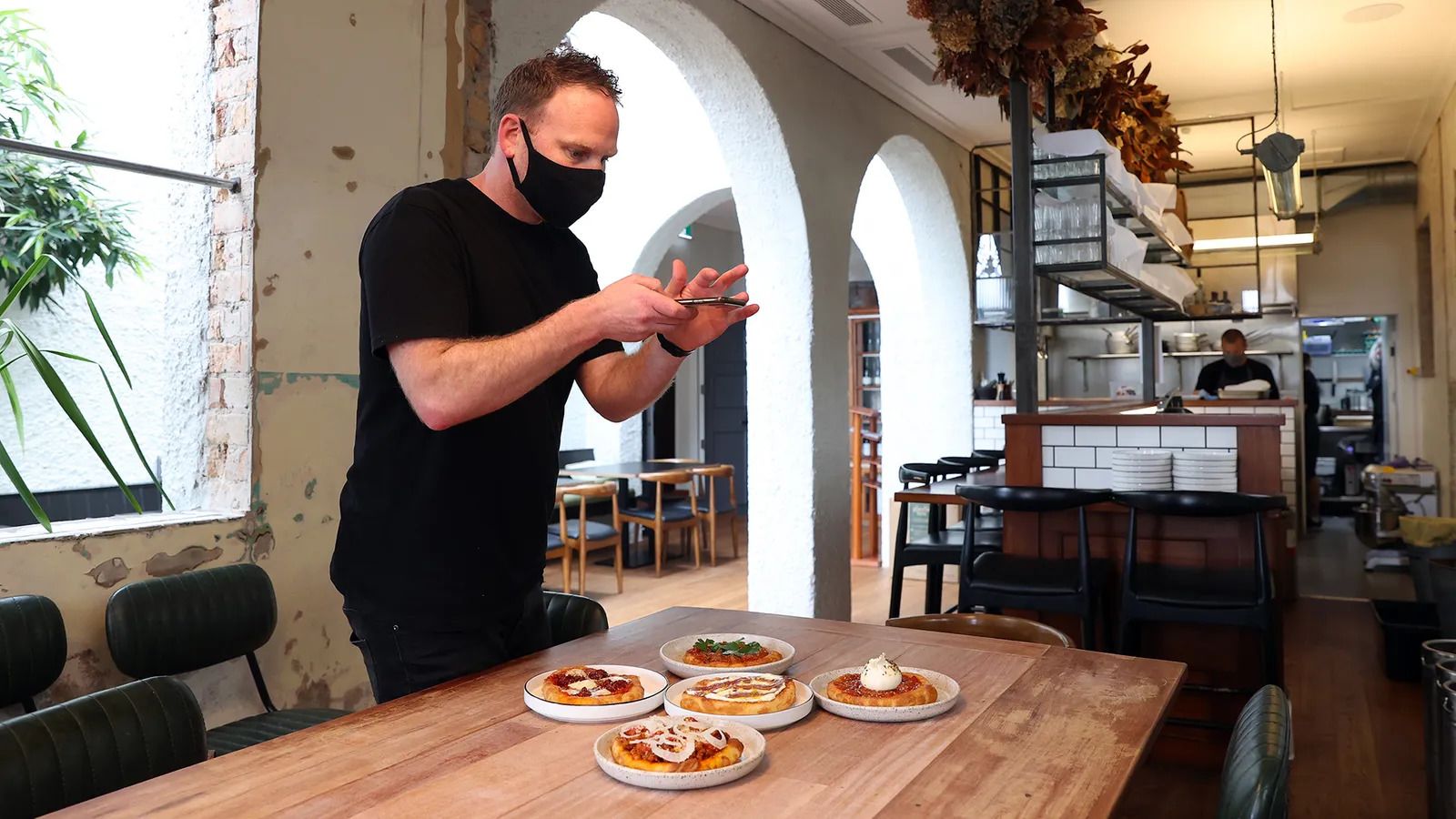 Although pictures of food can have an influence on what we eat, there are other cues that have a stronger affect

While the findings don't reflect reality, where we're typically exposed to multiple streams of information, images and tweets, we'd still notice and process how many followers a Twitter account has, Tessitore says, so it's likely to have the same effect.

But at the moment, we're a long way from being able to nudge people towards healthier diets with posts about salads and steering people away from the powerful pictures of oozing protein.

"We're fighting years of evolution here," says Pancer. "There's a reason we've evolved to look for calorie-dense food in food-scarce environments. But eating what feels good is misfiring – we now need to find ways to recalibrate this."

Pancer has found in his research that, as soon as we demystify why seeing photos of burgers and chips feels good, the feel-good effect goes away. In other words – if we understand that we're biologically programmed to feel good when we see photos of burgers, perhaps we can become less prone to being influenced by it.

In the second part of the study, he told participants that their feelings weren't based on the food they were about to see, but on a low frequency, mood-boosting sound that was being played, one which wasn't detectable to humans, while a second group had no influence.

Those who were told about the sound were no more likely to report that they'd engage with the video on social media after watching the video of calorie-dense food.

But ultimately, when we click off social media and go back into real life, the many influences on what and how we eat are still much stronger, experts say.

At least if you do choose to only enjoy these feasts over Instagram, it won't leave you needing to loosen your belt.