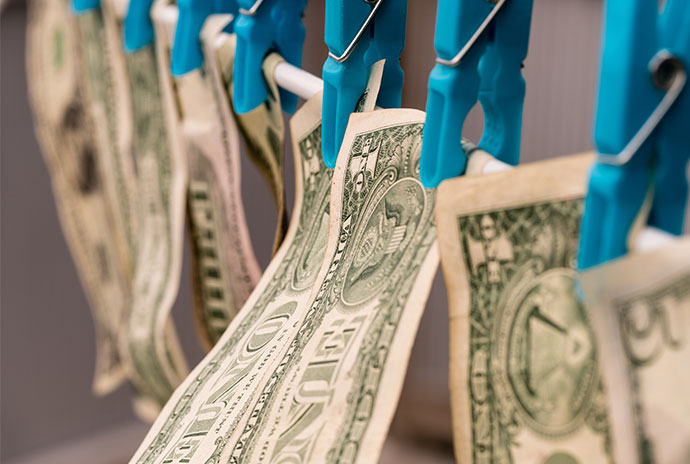 How goes the war against laundering?

If a willingness to do the right thing were the fuel that powered the attack on money launderers, that initiative would be a total success. Compliance professionals, regulators and law enforcement officers are motivated, but we struggle to think outside the box and change our method of operation. It’s time for us to work together and recalibrate.
We have a pretty good idea about the amount of illicit funds that slip past the efforts of law enforcement, regulators, and the private sector. One need only assess the findings of the UNODC about their estimates of illicit funds seeking money laundering services each year. Their rough assessment is $2 trillion annually from all walks of crime (tax evasion, sanctions busting, drug trafficking, white collar crime, etc.) With regard to drug trafficking alone, the estimates vary, but are in the range of $400 billion a year.

If you assess the real seizures of drug traffickers’ assets per year, not fines imposed on banks and their shareholders, you’ll discover that there is no way that law enforcement seizes more than $4 billion a year in actual drug trafficker assets. Even if they achieved that, it would translate to 1% of the estimated yearly revenue from drug trafficking. I share the view of the former Executive Secretary of FATF, David Lewis who said, “Everyone is doing badly, but some are doing worse than others”.

There are many core issues for our poor performance in AML/CFT, but one of the major challenges is that “the good guys” are out resourced. Given the decades of success criminal organizations have had laundering their fortunes, they have an ever-increasing ability to corrupt politicians, law enforcement, military, judges, and more. The reality is, too many nations are clearly narco-states that are starved for the rule of law and justice. Criminal organizations own the will of presidents, senators, heads of law enforcement, and military leaders in more countries than many people realize.

A fact many can’t accept is that criminal organizations are serviced by armies of dirty bankers, businessmen, financial service providers, lawyers, and others that are extremely sophisticated. They often wrap themselves in cuddly blankets of plausible deniability and hold their noses as they service dirty money. Law enforcement should be targeting these facilitators, but the global law enforcement community has failed to develop a comprehensive global plan to identify and prosecute these high-level launderers.

Law enforcement in general is reluctant to apply the necessary resources to attack sophisticated money launderers on a continuing basis. This occurs because law enforcement budgets are driven by statistics (numbers of arrests, numbers of seizures, etc.) Investing big resources in a high-risk initiative to identify and prosecute highly sophisticated launderers is often shunned in exchange for going after the low hanging fruit – smaller, less sophisticated criminals. There are exceptions to this phenomenon, such as the remarkable achievements of DEA’s Special Operations Division (SOD), but they are a very small portion of DEA and the entire law enforcement community.

Regulators and some in the private sector commit inordinate resources to a “tick the box” mentality thought to protect the corporation, rather than focusing on risk assessment and devoting meaningful initiatives to address account relationships that clearly carry the greatest risk. Spending millions on software that pumps out tons of SARs that overwhelm the system, while hiring a small army of inexperienced personnel to address compliance issues, is window dressing. If you look at the Deferred Prosecution Agreements filed over the past decade or so, you’ll find a hoard of institutions that admitted to willful criminal offenses to facilitate the movement of illicit funds. That goes to the core of institutional will, not falling victim to sneaky sophisticated accountholders.

There is far too little information sharing and cooperation between law enforcement, regulators and compliance professionals. I can’t count the number or times a compliance officer has told me, “We sent in SARs on this issue and we never got any feedback from the government. It was like sending information into a black hole.”

There is no incentive in the private sector to reward an account relationship manager for blowing the whistle on an account that appears to morph into a customer that appears to be involved in high-risk transactions that may relate to illicit activity. Until management rewards a concern for corporate integrity by a sales person that blows the whistle on an account that otherwise brought that sales person high commissions, account relationships managers will more often see the glass half-full and claim “it’s compliance’s job”. Management can fix this.

The poor AML performance by some nations, especially some in the middle east, isn’t properly addressed because those nations are needed by the western world as strategic partners on issues totally unrelated to AML. Assessing and addressing AML threat needs to be done on an even playing field. One need only look at the ICIJ’s Pandora Papers reporting to see how AML failures in some nations are ignored.

I could go on about many more reasons why I agree with David Lewis about the state of affairs relative to money laundering. The real problems are problems that are endlessly ignored. In my opinion, we don’t need the next new product that is supposed to do miracles. New technology is only one small tool in a potentially very large toolbox.

We need to stop ignoring the elephants in the room and improve the fundamentals. We need to more broadly embrace risk-based analysis, reward people on the sales side of business for truly embracing compliance, develop initiatives enabling a more robust and meaningful dialogue between the private sector and law enforcement, and establish a global law enforcement initiative focused exclusively on identifying and prosecuting the most sophisticated money launderers on this planet.

This law enforcement initiative needs to resume using long-term undercover operations that put solid evidence before juries, enabling courts to put corrupt professionals behind bars for decades at time. Simply fining institutions and accepting a claim that billions got laundered because of a systems failure feeds the fundamental reason we never see 99% of the underworld’s fortunes until they buy the rule of law and political will of another country. Let’s redirect our willingness to do the right thing, take off the gloves, and attack the elephants in the room.