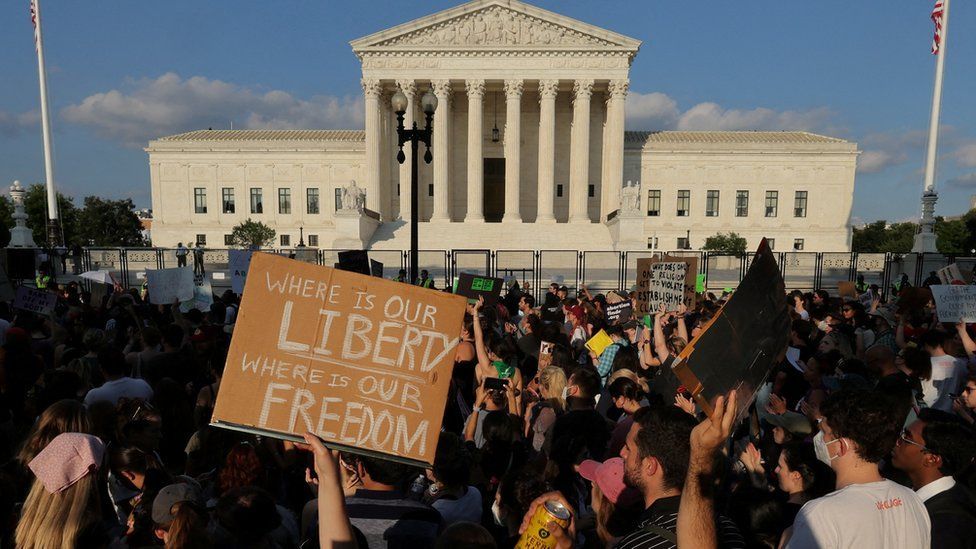 How the US Supreme Court is reshaping America

In the space of just 10 days there have been dramatic changes in America. Major decisions that will shape everything from environmental policy to abortion rights have been announced - but not by the president or by Congress. It is the Supreme Court which currently exercises the power to really change peoples lives.

The Democrats may control the White House and both houses of Congress but they don't have enough votes to pass much of their political agenda. Instead, in a series of rulings that are as contentious as they are momentous, the Supreme Court is shaping the future of America - taking it in a very different direction from the one US President Joe Biden had envisaged.

The overturning of Roe v Wade has provoked fury and despair amongst pro-choice campaigners as well as jubilation from anti-abortion activists who have been working for nearly 50 years to get to this point. But rather than settle the matter, the court's decision has set up the likelihood of legal challenges in states across the country, meaning the battle over abortion will continue for years to come.

The abortion ruling has grabbed the most attention. But other decisions from the Supreme Court will have truly global impact.

The last decision it issued before the end of this current term effectively made it impossible for the US to pass meaningful green policy, by ruling that the Environmental Protection Agency cannot impose limits on carbon emissions unless fresh legislation from Congress specifically authorises it to do so.

US President Joe Biden, who came to office with a pledge to tackle climate change, knows he does not have enough votes to pass a bill that would force power companies to move away from using heavily polluting coal to produce electricity. 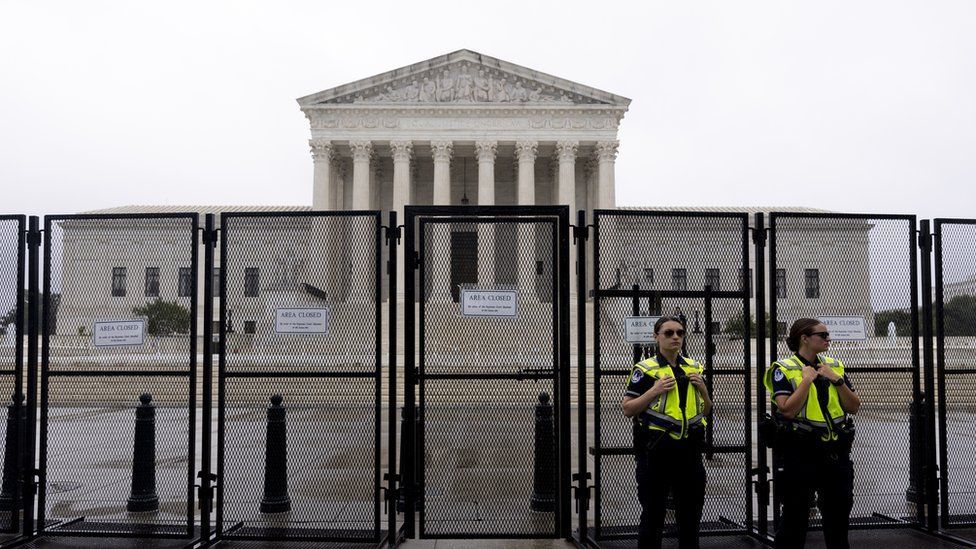 This is not the only example of the Supreme Court butting heads with the president.

Last week, President Biden signed into law a historic gun-control bill, the first of its kind in 30 years. Spurred on by the horrific massacre of 19 primary school children in Uvalde, Texas, politicians on both sides of the aisle agreed to a very limited set of new gun control laws.

While the gun control bill didn't go nearly as far as many had hoped, it was a historic first, and a rare example of bipartisanship. But that win was tempered by the court's decision to overturn a New York gun regulation that required people to have permits to carry guns outside their homes

Issued the same day as the federal gun control bill passed the Senate, the Supreme Court effectively stripped states of the power to put significant limits on gun ownership.

As a result of these controversial rulings, the branch of government that is meant to be the most impartial and least partisan currently appears to be highly political. 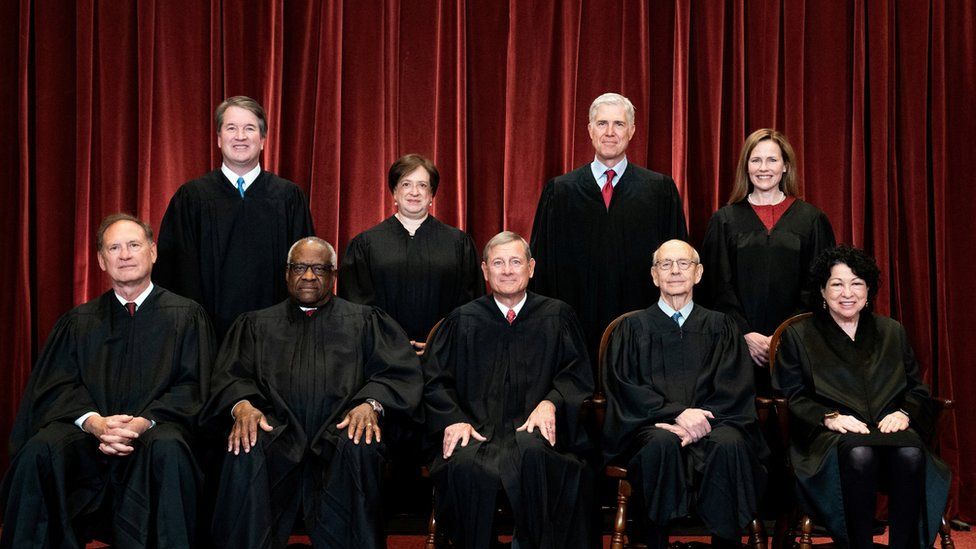 Polling suggests that the court is out of step with public opinion. Two-thirds of Americans did not want abortion rights to be entirely removed, and around 60% favour more stringent gun control.

There also seems to be diminishing public trust in the Supreme Court itself. Recent polling suggests a sharp decline in public confidence in the court with only a quarter of people saying they have "a great deal" or "quite a lot of confidence" in the court.

It's something that Justice Sonya Sotomayor warned about when the court first heard arguments on the abortion case:

"Will this institution survive the stench that this creates in the public perception that the Constitution and its reading are just political acts?"

Ms Sotomayor was one of the three liberal justices who disagreed with the abortion ruling and warned about what it could mean for other rights - like same sex marriage and access to contraception.

These liberal justices will continue to be outnumbered by the six conservative judges on the court, three of whom were appointed by former President Donald Trump. Next term, the court will decide over other controversial issues, including voting rights and discrimination against gay people.

What's next for the Supreme Court in the autumn?

*  Students for Fair Admissions' challenges to affirmative action: The court will hear a pair of cases on whether race should be considered in college admissions process

The court's decisions over the past 10 days - and the controversial cases set to come - have done nothing to stop the fracturing of a deeply polarised society. They have even had to erect eight-foot-high security barriers surrounding the courthouse, out of safety concerns.

Remember, at the same time as the country was learning about the court's decisions on abortion, environmental protections and gun rights, Americans were also watching the 6 January committee hearings that described how a sitting president urged an angry crowd, which he knew to be armed, to storm the US Capitol.

Americans are returning from a long weekend celebrating Independence Day, the national holiday that commemorates the democratic freedoms they won when they left the United Kingdom almost 250 years ago. Some may wonder whether the republic today is truly functioning as the founding fathers had intended.