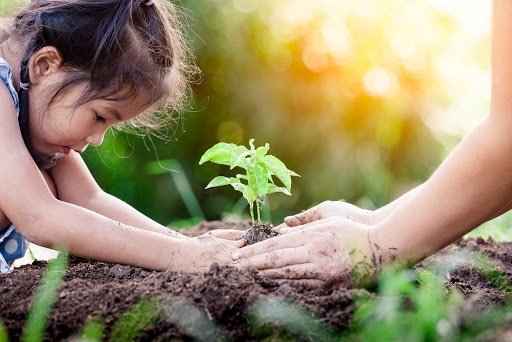 Humanity needs to rethink its relationship with nature

Climate change is becoming more of a life-threatening dilemma, yet the slow pace at which we address this issue is quite alarming.
World leaders from both the private and public sectors have long been urged to take this matter seriously, but movement is not as satisfactory as we would like in mitigating and preventing the effects of climate change.

Humanity has already wiped out 83 percent of wild mammals and half of all plants, and severely altered three-quarters of ice-free land and two-thirds of marine environments. One million species are at risk of extinction in the coming decades.

Climate change and nature are inextricably interlinked. If global warming reaches 2 C above pre-industrial levels, one in 20 species will be threatened with extinction, and remaining in a 2 C scenario can only be achieved if the current trend on biodiversity is reversed.

Similarly, most of the United Nations' 2030 sustainable development goals will not be achieved if current trends on biodiversity continue. It remains a big question why governments and businesses alike are not taking this seriously.

The World Economic Forum's 2020 Global Risks Report ranks biodiversity loss and ecosystem collapse as one of the top five threats that humanity will face in the next 10 years.

According to The New Nature Economy Report, released by the WEF in partnership with consulting firm PwC, analysis of 163 industry sectors and their supply chains found that over half of the world's GDP is moderately or highly dependent on nature and its services.

The report says that $44 trillion of economic value generation－over half of the world's total GDP－is moderately or highly dependent on nature and its services and, as a result, exposed to risks from nature loss.

Construction ($4 trillion), agriculture ($2.5 trillion) and food and beverages ($1.4 trillion) are the three largest industries that depend most on nature.

Nature loss matters for most businesses－through impacts on operations, supply chains and markets. As nature loses its capacity to accommodate such services, these industries could be significantly disrupted. Industries highly dependent on nature generate 15 percent of global GDP, while moderately dependent industries generate 37 percent.

Nature-related risks can be incorporated within existing enterprise risk management and environmental, social and governance processes, investment decision-making and financial and nonfinancial reporting.

Many large businesses have already adopted the framework proposed by the Financial Stability Board's Task Force on Climate-Related Financial Disclosures for identifying, measuring and managing climate risks. This could be adapted and leveraged for managing nature risks.

More than 870 organizations－including companies with a combined market cap of over $9.2 trillion and financial institutions responsible for assets of nearly $118 trillion－have signed up to support the TCFD.

As the trend of greater transparency and accountability continues, costs are likely to rise for businesses that have not begun to include nature at the core of their enterprise operations. Businesses that ignore this trend will be left behind.

We are mostly responsible for this catastrophic trend regarding nature, but we also have the power to change it. Humanity urgently needs to rethink its relationship with nature, in order to halt and reverse the alarming degradation of the natural world.

Business leaders have a crucial role to play, by putting nature at the core of processes and decision-making and by systematically identifying, assessing, mitigating and disclosing nature-related risks. Businesses can be part of the global movement to protect and restore nature.

Some economies have shown how nature and business can work hand in hand. Costa Rica, for instance, has in the past three decades stopped tropical deforestation, doubled its forest cover and reached nearly 100 percent renewable electric energy, while GDP per capita has tripled.

By realizing how nature loss is material to their operations, businesses can and must be a key part of the solution.

The author is head of the Nature and Biodiversity Initiative of the World Economic Forum.
#Costa Rica