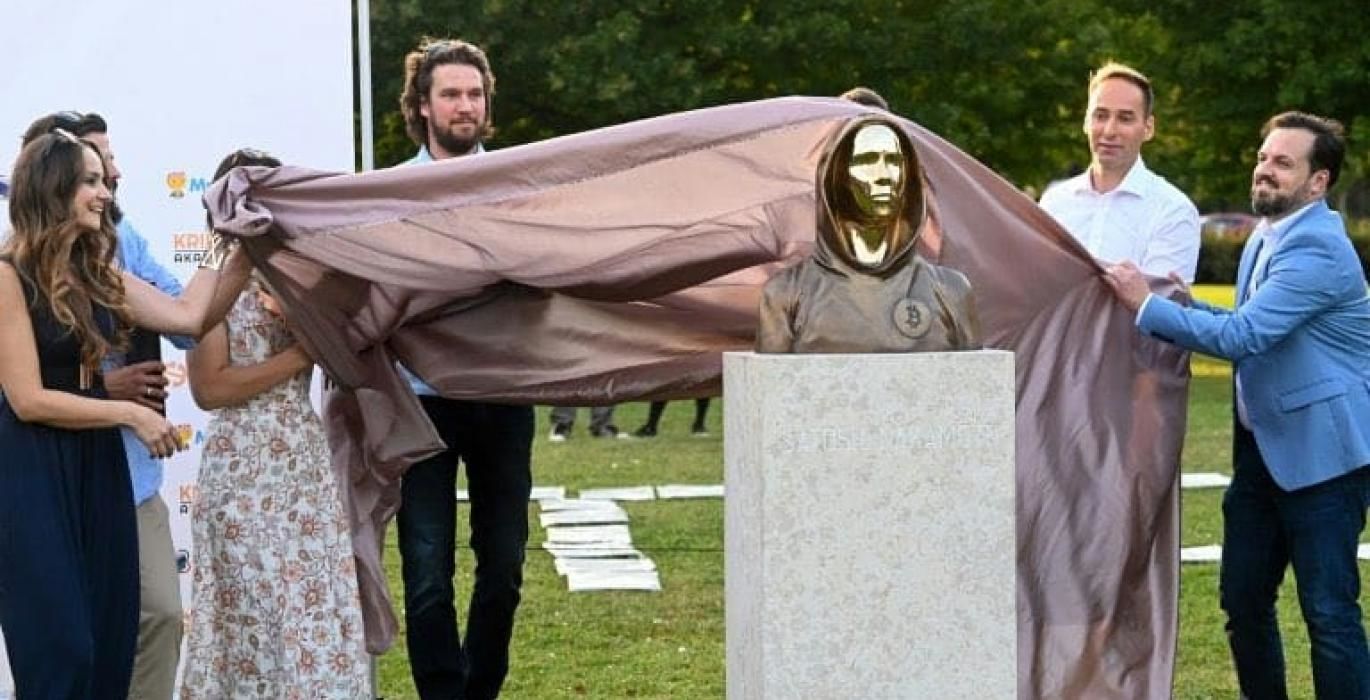 This bronze statue located in Graphisoft Park was sculpted by Gergely Réka and Tamás Gilly. When sculpting this statue, the pair really wanted to capture the mantra of “we are all Satoshi,” making Satoshi’s face reflective, so when you look at the statue you remind yourself that you play just as an important role in Bitcoin as Satoshi and everyone else does. This is also because the gender, height, weight, and age of Satoshi Nakamoto are unknown — making it impossible to sculpt a descriptive face of whoever Satoshi was.

I love how this faceless statue plays into Elizabeth Warren’s comments this past July calling Bitcoiners a “shadowy faceless group of super coders.” Because it does not matter who Satoshi was as an individual. All that matters is that Satoshi created a decentralized protocol that allows anyone to transfer value in real time without permission from anyone. This “faceless super coder” changed the world for the better by giving people financial hope and opportunity where there was none. Just because someone protects their identity online does not mean they have ill intentions, something Warren has yet to understand.

The statue features Satoshi wearing a hoodie with a recent Bitcoin logo on it — but not the “BC” logo that Satoshi originally started out with. Though it’s important to note there is no “official” logo for Bitcoin, and whatever is used most is what has been popularized by Bitcoiners from all over the world.

The basic idea for a Satoshi statue came from András Györfi, editor of Kripto Akadémia, the leading Hungarian crypto news site. The most important players of the local crypto market quickly joined, Gabi Debreczeni-Raskó, Debreczeni Barnabás from MrCoin, the leading crypto exchange of the country, Imre Szilágyi, founder of the Blockchain Budapest conference, and Kornél Kalocsai, head of the Blockchain Hungary Association.

Satoshi’s statue represents a general human figure, since we do not know the gender, race, age, height of the mysterious developer. Satoshi is wearing a hoodie, with the Bitcoin logo on its chest. The statue is made of bronze, the face is made of a special bronze-aluminium composite, thus every visitor can see their own face when looking at Satoshi.

We are all Satoshi.