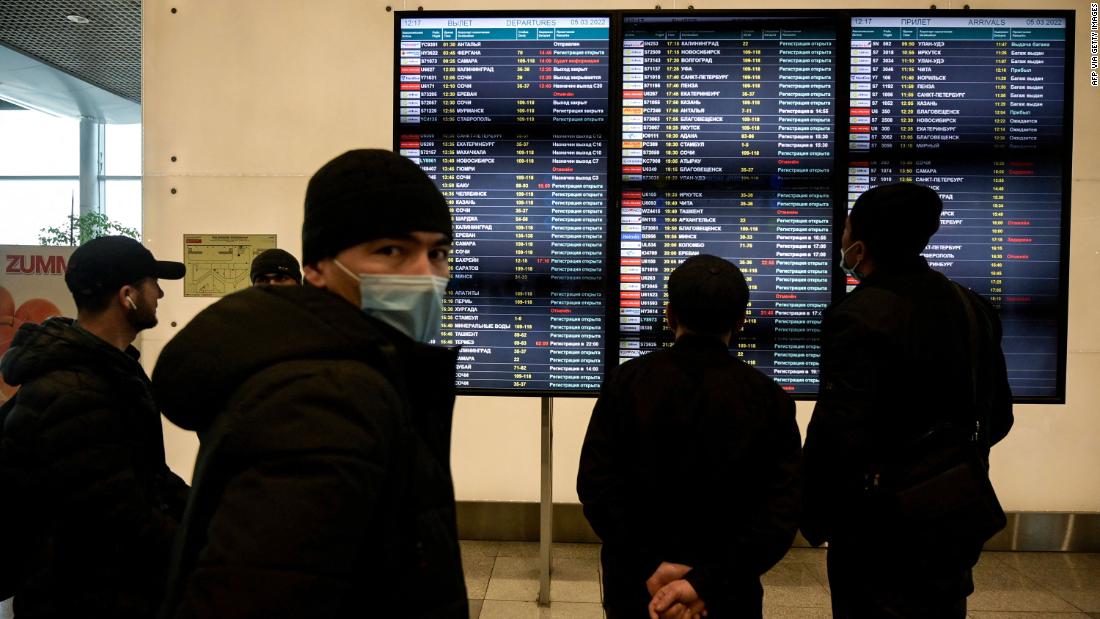 If Russia wants to evade sanctions, it could learn from Iran's playbook

As Russia faces unprecedented sanctions on virtually all sectors of its economy, it may have to turn to a trusted ally with more than four decades of experience with Western embargoes.

Until the Ukraine war, Iran was the most sanctioned country in the world, according to Castellum.Ai, which tracks sanctions. Russia now holds that record and the two countries are in what analysts call "a marriage of convenience" that is likely to grow stronger as the war in Ukraine escalates.

"Common interests in helping the other evade sanctions are important to these dynamics in Russia-Iran relations," said Giorgio Cafiero, CEO of Gulf State Analytics in Washington DC.

Amid tit-for-tat air blockades between Moscow and the West last month, Russian transport minister Vitaly Savelyev said his country is "studying the case of Iran" to help it deal with sanctions on maintenance and spare parts. Iran still operates some planes purchased before the 1979 Islamic Revolution that ruptured its ties with the West.

"This bilateral relationship will likely grow stronger as the war in Ukraine rages on, especially if the Vienna talks fail to revive the JCPOA," Cafiero added, referring to the 2015 deal that put verifiable limits on Iran's nuclear program designed to prevent the country from obtaining a nuclear weapon. He noted that Iran's isolation will further push Tehran to make itself useful to the Kremlin.

After decades of Western economic constraints, the Islamic Republic has become a master of evasion, using illicit markets and manipulating vessel-tracking to circumvent sanctions. Today, Russia is living a similar crisis as the West clamps down on Moscow in an effort to cripple its war effort.

Can Russia follow Iran's lead to circumvent Western sanctions? Some analysts say it already is.

The US, the G7 group of rich nations, and the European Union have imposed a series of unprecedented sanctions on Russia since its invasion of Ukraine on February 24.

The largest blow, however, would be to Russian energy, which by 2020 made up more than half of Russia's exports. The US and Britain have already banned Russian oil. Today, the EU -- which remains highly dependent on Russia's supply -- is considering a similar move, but is yet to reach consensus on the matter.

One way Russia can learn to survive potential sanctions on its oil is to shift vessels and rebrand its blend, a tactic that has been used by Iran.

Iran has in the past hidden millions of oil barrels off little-known ports in Asia to escape Western sanctions, Reuters reported in 2012. Barrel transfers in the dead of night from one vessel to another allowed Iran to masquerade under different flags, selling its oil to keen Asian buyers without catching the eye of Western monitors. Iran didn't respond to a request for comment, Reuters added.

"About 8% of the world's largest tankers are now engaged in the smuggling of sanctioned oil, largely comprising Iranian and Venezuelan product," said Cormac Mc Garry, security expert at Control Risks in London.

"Ghosting" is the most commonly used mechanism, Mc Garry told CNN, whereby ships turn off their automatic identification systems as they switch cargo from one vessel to another.

"The trick here is that the second tanker may look completely compliant [with sanctions], and the trader or consumer can be duped into thinking they have purchased an unsanctioned cargo," said Mc Garry. 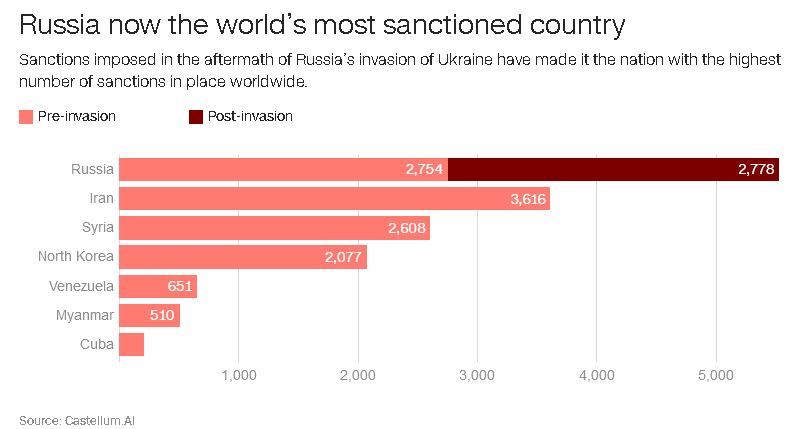 Windward, an Israeli maritime intelligence company, said that over the past month it identified Russian crude trading under the radar, where there were ship-to-ship operations between oil tankers departing from Russian ports with other oil tankers. Tankers engaged in this activity arrived in North America, Asia, Russia and Europe, according to Windward.

"While the new restrictions are changing vessel behaviors ... it seems like some companies are maintaining business as usual, by concealing their actions and trying to keep regulatory bodies ... in the dark," wrote Windward in a blog post.

In Iran's case, remote Malaysian territories were used as "blending" or "re-branding" spots, where Iranian oil would be mixed with others and sold as a non-Iranian product to international buyers. "Malaysian blends" have been a known gateway to evading oil sanctions, with Asian buyers -- specifically Chinese -- making use of the rebranded mix to purchase sanctioned oil.

Russia is already taking a similar route, its oil now rebranded as "Latvian blend" -- a 49.99%-Russian mix that is blended with other oil and labelled Latvian. The crude has been bought by UK-based oil and gas company Shell, Bloomberg reported.

Dealing with sanctioned oil risks both reputational and financial damage, but demand for crude could still drive some buyers to the deep ends of black markets, analysts say.

"Commodities markets are already being squeezed due to supply concerns and so it is not clear that Russian supplies can be replaced," said Esfandyar Batmanghelidj, founder and CEO of the Bourse & Bazaar Foundation think tank in London.

Financially, Iran has built a shadowy network that uses front companies and circuitous transactions to launder money and dodge sanctions, analysts say, which some believe may be offered for Russian use.

Those companies are used to give the appearance that there is no Iran connection, said Richard Nephew, a scholar at Columbia's Center on Global Energy Policy in New York who previously serves as deputy sanctions chief at the State Department and director of Iranian Affairs at the US National Security Council.

Front companies are a tactic that Nephew believes Russia would be keen to learn from.

"I think that Iran would be prepared to help Russia with respect to some sanctions evasion tools," said Nephew, "but of course, this assumes that Iran itself has access that it can make readily available."

Sanction evasion is not an easy task, said Batmanghelidj. And while finding complicit partners delays economic collapse in the short-term, it still cuts the chances of long-term profit.

"The main lesson that Russian should draw from Iran's experience is that evading sanctions and resisting sanctions is hard," said Batmanghelidj. "At best, Russia can aim to demonstrate resilience to sanctions, but that just means staving a runaway economic collapse," he told CNN.

"This is why the real cost of sanctions is an opportunity cost of forgone growth."