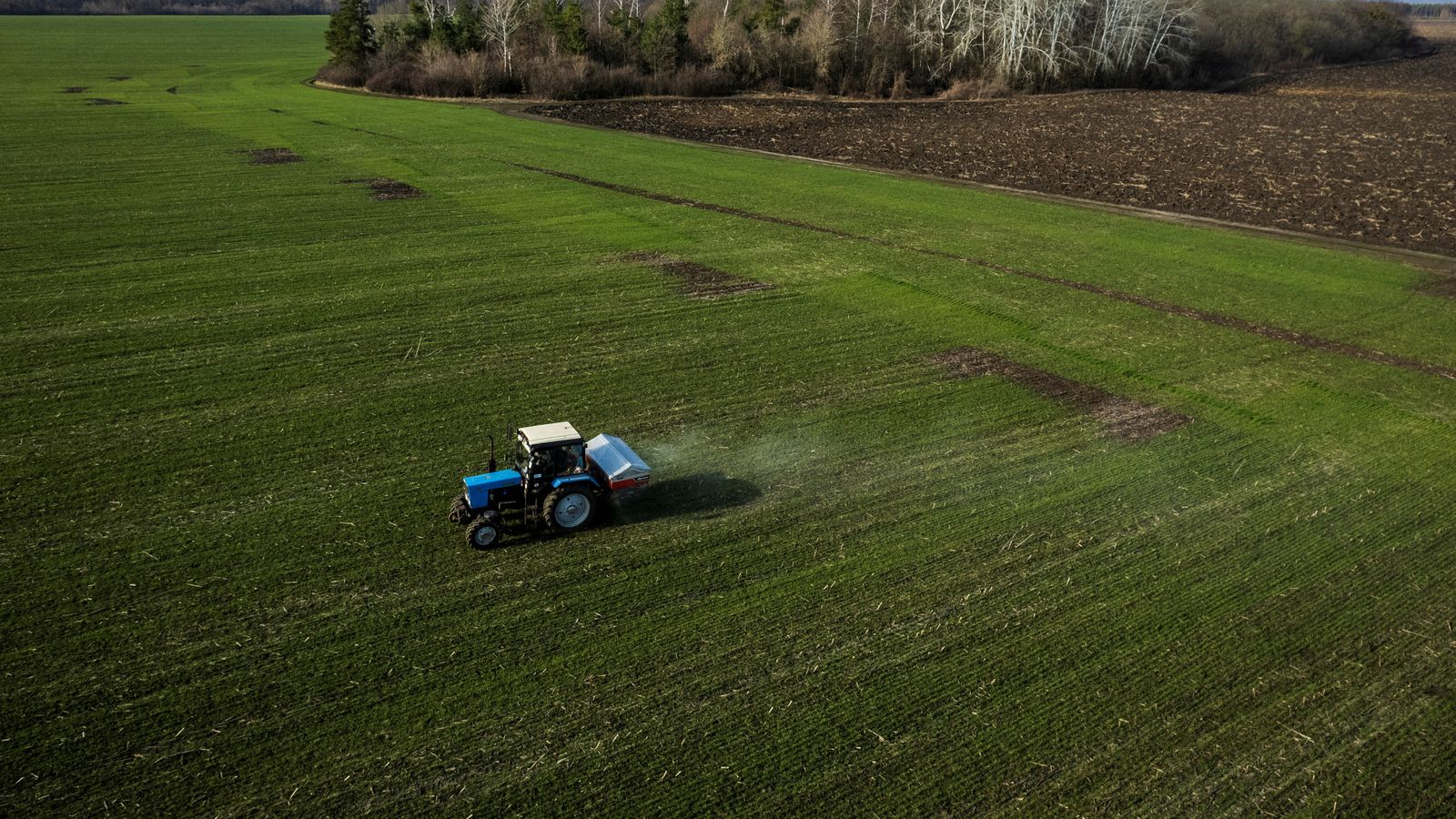 Impact of Ukraine war on global food security 'will be dramatic'

Yara, one of the world's largest fertiliser producers, says that a quarter of Europe's supply of key crop nutrients, potash, and phosphate come from Russia.

One of the world's largest fertiliser producers has warned that the impact of the war in Ukraine on global food security "will be dramatic".

Svein Tore Holsether is chief executive of Norwegian company Yara, and he was speaking as the company posted better-than-expected profits for the first quarter of the year.

In its financial results, Yara warned that, because a quarter of Europe's supply of key crop nutrients, potash, and phosphate come from Russia, the continent's food production will be heavily affected by the Russian invasion of Ukraine.

Mr Holsether added: "Although Yara's business is flexible and resilient, the impact of the war on global food security will be dramatic.

Natural gas is needed for the nitrogen-containing fertiliser process and the price of it hit record levels after Russia's invasion of Ukraine late in February, consequently pushing fertiliser prices higher in March.

Yara, which is listed in Oslo, curtailed ammonia production at two of its European sites last month due to the high gas costs, but it has since restarted production.

It comes after numerous warnings about the effect that the war could have on the supply of other staples.

Ukraine and Russia are big players in world food production, representing 53% of global trade in sunflower oil and seeds, and 27% in wheat, according to the United Nations.

There are particular concerns for how these shortages could affect developing countries - 25 African countries import more than a third of their wheat from Ukraine and Russia, for example.