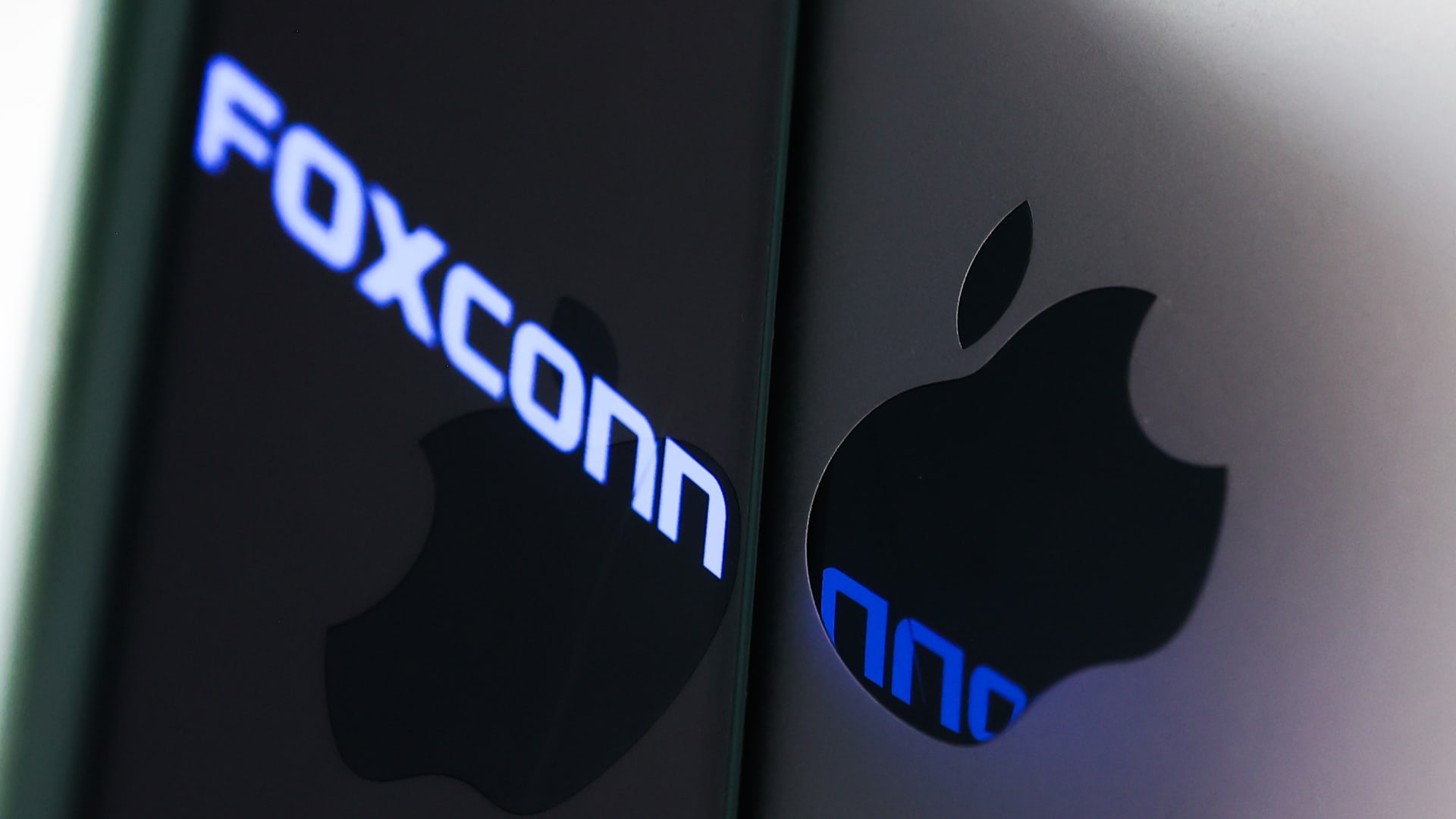 Foxconn reported a slide in November revenue, with a "portion of shipments being impacted" by the Covid outbreak in Zhengzhou, where it makes iPhones.
Foxconn workers at Taiwanese firm's Zhengzhou, China factory, walked out over a pay dispute with the company. The Zhengzhou factory is estimated to account for more than 70% of Apple's global assembly of iPhones.

Foxconn, the world's largest contract electronics maker, on Monday reported a sharp drop in November revenue after the company struggled with a Covid outbreak and worker unrest at the world's biggest iPhone factory in China.

Foxconn said the fall was due to "production gradually entering off-peak seasonality and a portion of shipments being impacted by the epidemic in Zhengzhou." The company gave no further details.

Zhengzhou, a city in China, is home to the world's largest iPhone assembly plant, which is run by Foxconn.

In late October, the Zhengzhou factory was hit with an outbreak of Covid and Foxconn battled to get it under control with measures such as testing and isolating workers who were infected, and effectively locking down the plant.

Many workers fled the factory shortly after the outbreak began.

Last month, employees clashed with security personnel at the Zhengzhou plant and some workers took to social media to air their grievances over what appeared to be a delay in bonus payments. Foxconn later apologized for a "technical error" which caused the issues with workers' pay.

In a bid to entice workers back to the factory, Foxconn announced a round of bonuses last month.

Foxconn did not address the rare worker unrest in its November revenue update but said the Covid outbreak was under control.

"At present, the overall epidemic situation has been brought under control with November being the most affected period by the epidemic," the company said.

"In addition to reallocating production capacity of different factories, we have also started to recruit new employees, and are gradually moving toward the direction of restoring production capacity to normal. The outlook for the fourth quarter is expected to be roughly in line with market consensus," it added.

Investors will now be watching for any impact on Apple, given its reliance on the Zhengzhou factory for global iPhone production.

Analysts at Evercore ISI said the issues at Foxconn could affect the production of between 5 million and 8 iPhone units in the December quarter, mostly at the high-end of Apple's smartphone range.

This could negatively impact Apple's revenue by $5 billion to $8 billion, the advisory firm added.