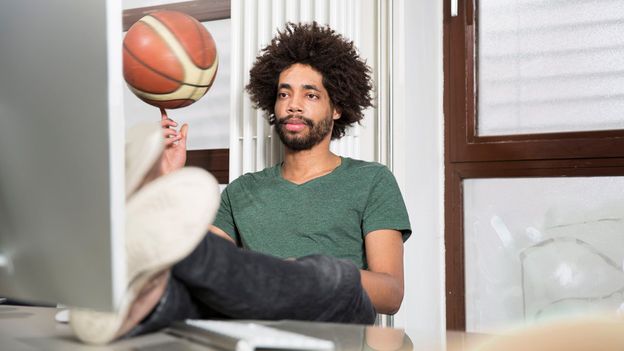 Is there a minimum amount of time you need to stay at a job?

As the world of work undergoes overwhelming change, does the idea you have to stay in a job for a year still apply?

One of the unwritten rules of taking a new job is keeping it for at least a year – even if you hate it. The thinking goes even if the environment is tough, you need to show professional commitment and stickability before moving on. But as employment and the workplace continue to undergo overwhelming change amid the pandemic, does that rule still hold true?

Maybe, say experts. The timeless factors underpinning the one-year rule are still in place: on the employer side, an employee who stays at least a year is a better investment than one who doesn’t, and their loyalty is also viewed as a positive. On the employee side, staying for 12 months means time to pick up skills and competencies that are not possible to learn in just one business quarter.

Still, the changing way we build our careers combined with the unprecedented impact of the pandemic have brought more flexibility. While employers might well still prefer a more traditional CV, experts suggest that a short stint or two in previous roles shouldn’t necessarily be a deal-breaker, as long as you can provide a good explanation for moving.

The one-year rule is founded in practicality: starting a job is a huge adjustment, and it takes time to fully get used to it.

“After a year, employees usually feel they’ve hit their stride and understand who’s who within their team and department,” says Alison Sullivan, senior manager of corporate communications at jobs site Glassdoor. “A year gives people time to make an impact at a company, learn new skills and show how they’ve grown. When looking for your next role, what you’ve done within your year can help you make a case for why you’re the right person for a job and arm you with real-world examples.”

Make credible why the new job is a destination of choice, rather than an escape route – Michael Smets

Demonstrating growth is much harder to do if you’ve only stayed in a role a few months, plus a short period at a company can also raise uncomfortable questions about character and professionalism. “People who move jobs quickly have, in the past, been associated with a lack of commitment or resilience, an inability to grow and thrive in the face of adversity or even a preparedness to leave your team in the lurch,” says Michael Smets, professor of management at the University of Oxford’s Saïd Business School.

Sullivan believes that while one or two short stints on a resume can be explained away, employers “could interpret a series of brief stints as a candidate who may avoid challenges or isn’t reliable”. Companies also don’t want to invest time and money recruiting and onboarding staff only to see them leave soon afterwards – which means they’ll lean towards recruits who have solid stints with previous firms under their belts.

“If you feel unsure about your job, try to stick it out for at least a year. Anything less than a year could be a red flag to a hiring manager,” says Sullivan.

Yet while the one-year rule remains the optimum, there are some signs that it isn’t being seen as quite so unbreakable as in the past. In fact, requirements seemed to be relaxing somewhat even before the pandemic, as employment trends among workers changed. 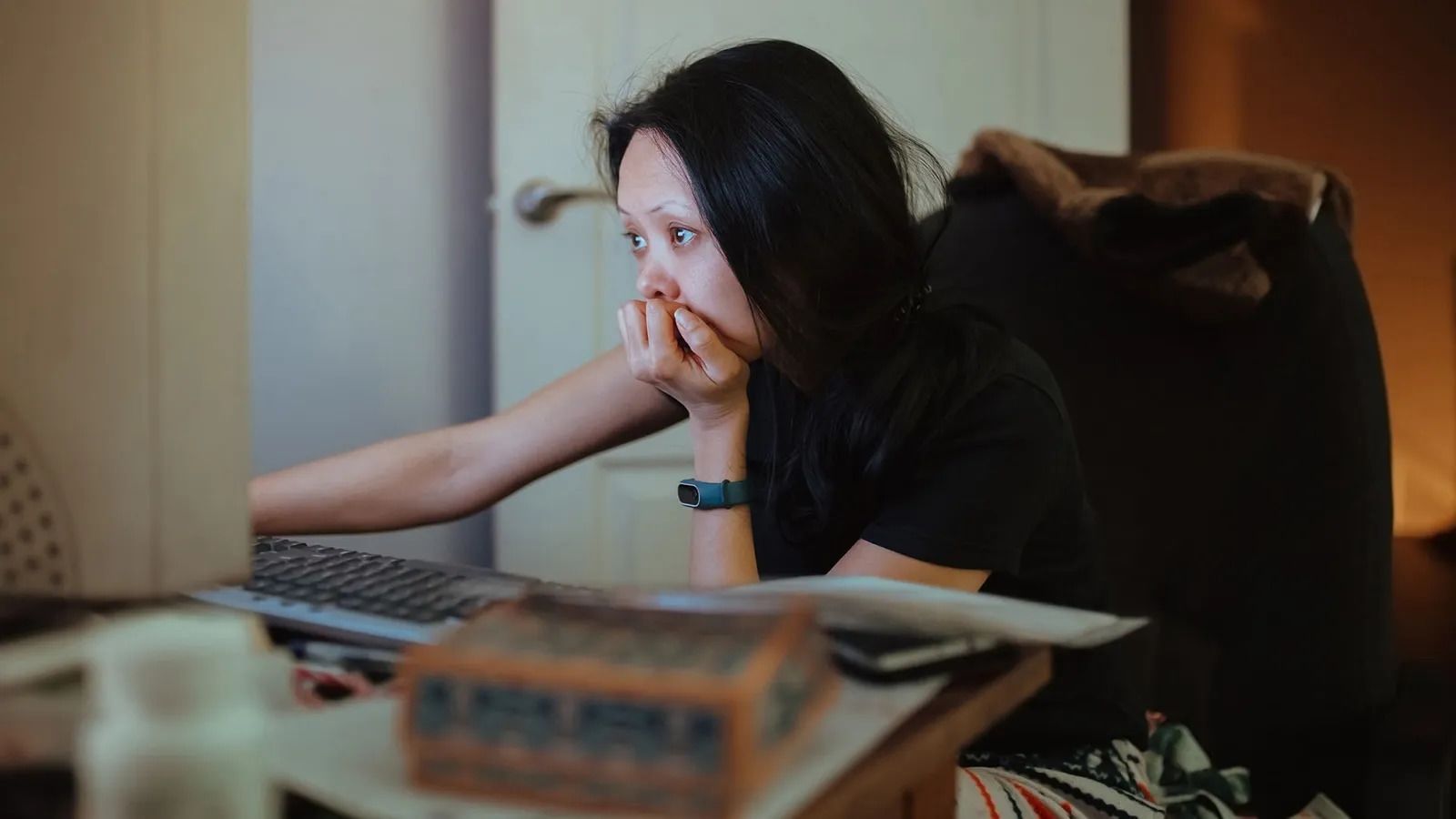 Experts say that if a job is truly miserable, you can leave quickly. Just be prepared to explain the speedy pivot on your CV to future employers

“Baby boomers and prior generations typically spent much of their careers in one organisation,” explains Jamie Ladge, associate professor of management and organisational development at Northeastern University in Boston. “More current generations have evolved from this thinking.” While there isn’t clear data to support the idea that younger workers job-hop more than previous generations, most workers today expect to change jobs multiple times over the course of their career as a way of moving up, acquiring new skills or securing a better package. Job-hopping is also more common in certain industries, like in tech.

“Moving jobs has become a choice, and one that often says more about the employer, rather than the employee,” says Smets. Workers are increasingly seeking out workplaces that prioritise employee wellbeing and engagement, rather than staying put at a ‘bad’ employer. This shift has been greatly accelerated by the pandemic, amid heightened sensitivities over burnout and unhealthy working practices – and into this environment has come the so-called Great Resignation, leaving some employers struggling to fill roles.

Right now, “there is less stigma attached to job-hopping or having shorter stints than in previous years”, says Sullivan. “The pandemic is a big factor, which caused many people to be out of a job, laid off or quit for many reasons ranging from caregiving to health and safety. Especially in the current tight labour market, hiring managers are more understanding about employment gaps or overall brief changes.”

Smets believes that while some of the stigma of leaving a job within a year remains, traditional ideas around ideal length of tenure are being called into question, amid a “notable power shift between employers and employees”. But he also says that a new employer will want an explanation for a suspiciously short tenure on your CV: “A critical part of the narrative is to make credible why the new job is a destination of choice, rather than an escape route,” he says.

The best way to explain

All this means that while an early departure from a company shouldn’t rule you out of contention as a candidate for other jobs, explaining your move well is crucial to winning over hiring managers who will still favour applicants who’ve demonstrated stickability.

“Hiring managers want to know why you want to be there, just to get some reassurance that you will stay,” says Smets. They may also want to know how you left things with your old employer. “Explain how you decided to leave your former organisation, but still organised a robust hand-over and agreed a leaving date that wouldn’t leave your team in the lurch – even if it is after just a month. If you can do that, then you can demonstrate reliability and commitment even while moving jobs quickly.”

If the job you left was very different to what was advertised, it’s OK to explain that, says Ladge. “Often times, companies and hiring managers don’t take the time to give a realistic preview for a job, or they may not do the legwork to know the job well enough and translate that to the employee,” says Ladge. “So the employee comes in thinking the job is one thing and it ends up being something totally different.

Sullivan also believes that in general, when explaining a speedy departure, the “key is to be upfront and able to provide context”. But she suggests focusing on positive topics linked to the new role rather than taking a deep dive into what went wrong at the previous one.

“If a potential employer asks about past experiences that you know were not ideal, it’s better to keep the discussion diplomatic and focus instead on why you’re excited [about] this potential role or company,” says Sullivan. “What you bring to a job and why it excites you matters now and means more to a hiring manager than what you’ve left behind.”

Convincing a potential employer that you’re the right hire, despite a little job-hopping, may ultimately come down to whether they believe that the skills you’ll bring outweigh the risks around whether you’ll stay. “Employers want someone who they can invest in, and will in turn stay and grow within the company and their role,” says Sullivan.