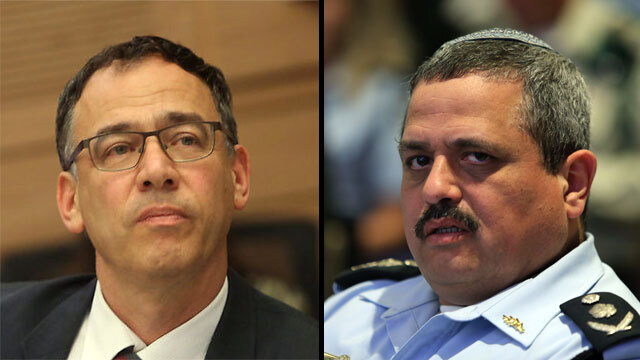 Israel inquiry to look into alleged police massive use of Pegasus spyware against journalists, politicians and innocent citizens

Business people, politicians, anti corruption activists and Netanyahu’s son and friends were targeted by phone intercepts, against the law
Israel’s police minister has announced the formation of a cabinet-level inquiry after a newspaper alleged that police had used powerful Pegasus spyware against a wide range of public figures including politicians from the left and right, businessmen, officials and activists.

Pegasus, a mobile phone hacking tool made by Israel’s NSO Group, was used to “phish for intelligence even before any investigation had been opened against the targets, and without judicial warrants”, Calcalist newspaper said in an unsourced report.

Among those allegedly identified as targets were the former prime minister Benjamin Netanyahu’s son Avner and other members of his inner circle, including figures who have given evidence against Netanyahu in police investigations into corruption.

Omer Barlev, the minister for police, said he was setting up a cabinet-level commission of inquiry. “There won’t be such failings on my watch,” he tweeted about Calcalist’s allegations, casting them as predating the current government.

Commenting on the report on Army Radio, Avner Netanyahu said he was “in shock … Apparently it doesn’t matter whether or not I’m involved in politics – it will happen to you, too,” he said.

Lawyers for Benjamin Netanyahu – who denies wrongdoing – urged that proceedings against him be suspended.

Calcalist set off a fierce political storm last month when it alleged that police had conducted warrantless phone intercepts of Israeli citizens, including politicians and activists, using Pegasus spyware.

“[Pegasus] and similar tools are important tools in the fight against terrorism and severe crime, but they were not intended to be used in phishing campaigns targeting the Israeli public or officials, which is why we need to understand exactly what happened,” he said.

The police commissioner, Kobi Shabtai, said any “irregularities and failures” should be “dealt with in accordance with the law”.

Also named as targets by the paper were the heads of a number of government departments including the ministries of transport, finance and justice, as well as West Bank settlers who were allegedly targeted before evacuations of illegal outposts by security forces.

Calcalist said other targets included Rami Levy, who runs a chain of popular discount supermarkets, a senior union official at Israel Aerospace Industries, journalists including the former editor-in-chief of the Walla news site, and leaders of protest movements for Ethiopian and disability rights.

Commenting on the latest report, the Israeli president, Isaac Herzog, said: “This is not an easy day. The law enforcement system cannot be careless when it comes to following the law. We must not lose our democracy. We must not lose our police. And certainly – we must not lose the public’s trust in them. This requires a thorough and foundational examination.”

The country’s rightwing interior minister, Ayelet Shaked, was equally damning. “If these things are right then we are talking about an earthquake, acts that fit dark regimes from the previous century that we must not be like,” Shaked said.

“Mass intrusion into the privacy of many people is lawlessness that must be stopped today. An external commission of inquiry is required … The Knesset and the entire public deserve answers, today.”

On Monday morning, police spokesperson Eli Levy told the Kan public broadcaster that he would not be commenting on the latest reports and that the service was open “to a full transparent investigation”.

The report suggested that among justifications for the bugging were allegations that officials at ministries were leaking material to journalists, cross-checking evidence in investigations and – in the case of protest organisers – needed to see which road junctions might be blocked.

NSO has previously said that all its sales are government-authorised and that it does not itself run Pegasus.
#Commission of Inquiry  #Pegasus  #NSO