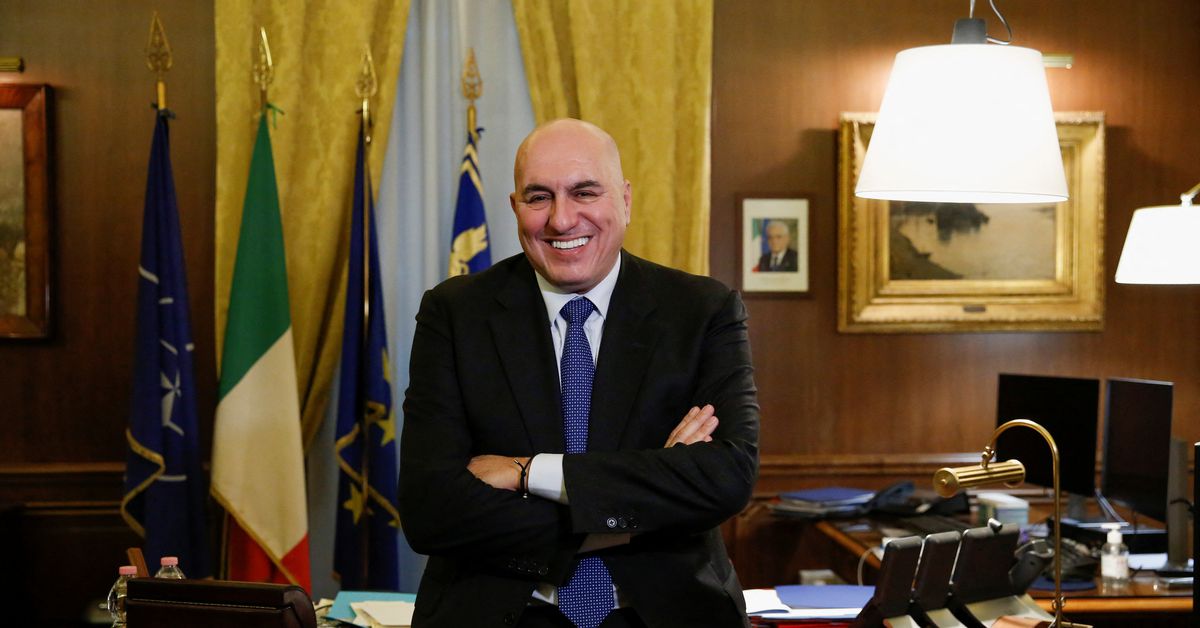 Italy must have equal treatment in a partnership with Britain and Japan to develop a new jet fighter, Rome's defence minister told Reuters, as talks proceed to define the roles each country has in the ambitious project.

The three nations this month announced the Global Combat Air Programme (GCAP) venture to develop by 2035 a next generation jet which would combine the British-led Tempest project with Japan's F-X programme.

The partnership came as France, Germany and Spain moved forward with a rival plan to build a warplane in a broad European bid to strengthen security against the backdrop of Russia's invasion of Ukraine.

Defence Minister Guido Crosetto, a co-founder of Prime Minister Giorgia Meloni's Brothers of Italy party, said Rome would make a final decision on how much to invest in the multi-billion-dollar project after more details had been defined.

"Italy can only continue along this path if it has the same weight as Japan and Britain on technology, research and later, if it comes to that, on the results," he said in an interview, adding that he wanted a "33%-33%-33%" breakdown.

Crosetto said there should be no bar on joining forces with the rival European programme, adding that the GCAP should also aim to find new partners, especially within Europe.

"I think the challenge is to accelerate significantly the research and technology part and then become attractive to other nations in the next two or three years," he said.

Italy has never disclosed details of its shipments, but Crosetto confirmed that Kyiv had requested air-defence systems, including the Franco-Italian SAMP/T.

After months of costly arms deliveries, Crosetto said the European Union should provide financial support to countries that were supplying Ukraine. He added that Italy was also open to suggestions for joint procurement by the EU Defence Agency.

He said Europe would never allow a Ukrainian defeat but added that the allies also had to lay the groundwork for peace talks and avoid escalating tensions with Moscow.

"Nobody will win this war in the traditional sense and they (Russia) are aware of this, but nobody should think that Europe and NATO want someone to lose it at all costs," Crosetto said.

He added the outbreak of full-scale war on European soil had changed the defence outlook across the bloc and a major overhaul was now needed to face future challenges.

"Europe thought it could build its defence in a world without wars .... it woke up from a dream and found itself in a reality in which a traditional war of invasion and territorial occupation was possible," he said.

European armies would need to look closer at bolstering special forces, that react swiftly to threats, Crosetto said, while the whole defence industry should be more efficient.

"The time needed for military research and development is much longer than for non-military sectors and this is another thing that will need to change," Crosetto said.

On the domestic industrial side, Crosetto dismissed speculation about a merger between Leonardo and shipbuilder Fincantieri (FCT.MI), saying it was not on the table.