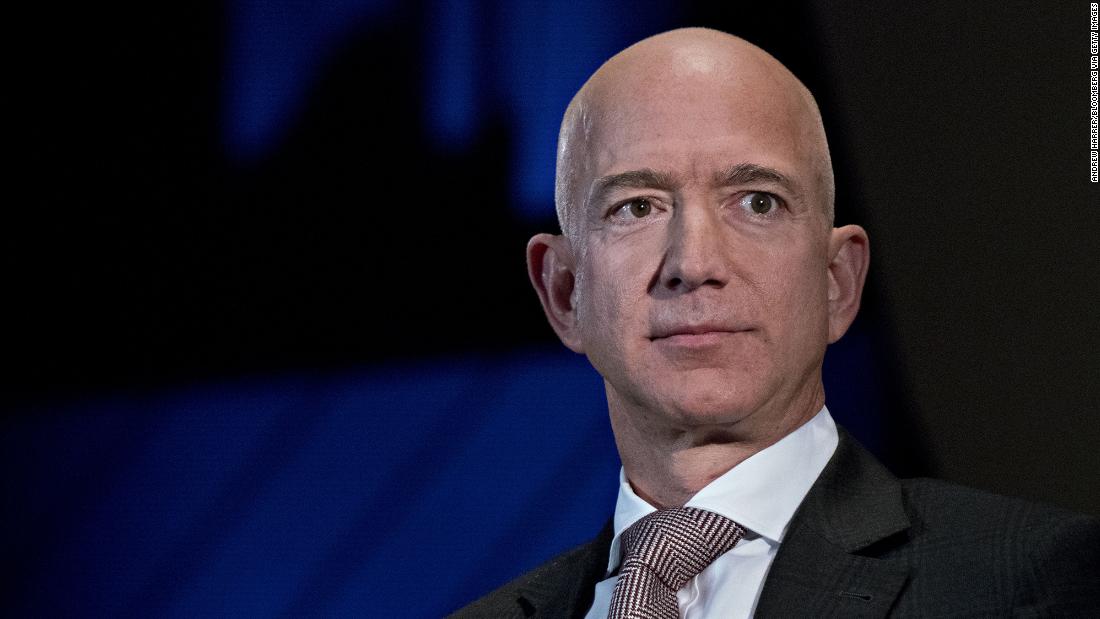 Jeff Bezos will step down as Amazon CEO on July 5

Amazon founder Jeff Bezos will officially step down from his role as chief executive on July 5, he announced during the company's annual shareholder meeting Wednesday.

Bezos will hand the reins to Andy Jassy, who currently runs Amazon Web Services, after a nearly three-decade run leading the internet giant that made him one of the richest people in the world. Bezos will become Amazon's executive chair.

The company first announced the leadership change as part of its February earnings report, saying Jassy would take over during the fiscal third quarter.

Amazon (AMZN) had not previously shared the precise date of the transition.

The timing is "sentimental," Bezos said — July 5 is the date Amazon was incorporated in 1994.

"I'm very excited to move into the [executive] chair role, where I'll focus my energies and attention on new products and early initiatives," Bezos said Wednesday. In February, he said he was looking forward to having more time to work on his ventures outside the company, such as the Bezos Earth Fund and Blue Origin.

Bezos said he expects that Jassy — who has been at the company for 24 years and risen through its ranks to run its most profitable division — will be "an outstanding leader."

"He has the highest of high standards and I guarantee Andy will never let the universe make us typical," Bezos said. "He has the energy needed to keep alive in us what has made us special."

When Jassy leaves the top post at AWS to run Amazon, he will be replaced by Tableau CEO Adam Selipsky, the company said in March.

Jassy will take over an increasingly complex and scrutinized business, as evidenced both by news early Wednesday that Amazon is buying MGM for $8.45 billion and by some of the issues raised at the shareholder meeting shortly after.

Among the shareholder proposals introduced during the meeting — all of which were voted down — was one that would have allowed an hourly fulfillment associate to serve on the company's board. While unsuccessful, the motion underscored the criticism Amazon has faced over its treatment of warehouse workers recently, especially following a landmark union drive at one of its warehouses in April, which failed in the face of pushback from the company.

During the shareholder meeting, Bezos was asked about the massive size of Amazon's business. The question came after the District of Columbia filed an antitrust lawsuit against the company Tuesday, alleging it has abused its market dominance in e-commerce to harm competition. (In a statement at the time, Amazon pushed back at the lawsuit, saying the DC attorney general "has it exactly backwards.")

"I'd say we face intense competition from well-established companies everywhere we do business, in every industry," Bezos said. "[Retail is] a very healthy industry and it's far from a winner-take-all situation."

Bezos also listed some of Amazon's newer bets that Jassy will have to manage, including its telehealth offering, Amazon Care, and its satellite internet effort, Project Kuiper.

"None of these ideas are guaranteed to work," Bezos said. "All of them are gigantic investments and they're all risks. ... Our whole history as a company is about taking risks, many of which have failed and many of which will fail, but we'll continue to take big risks."