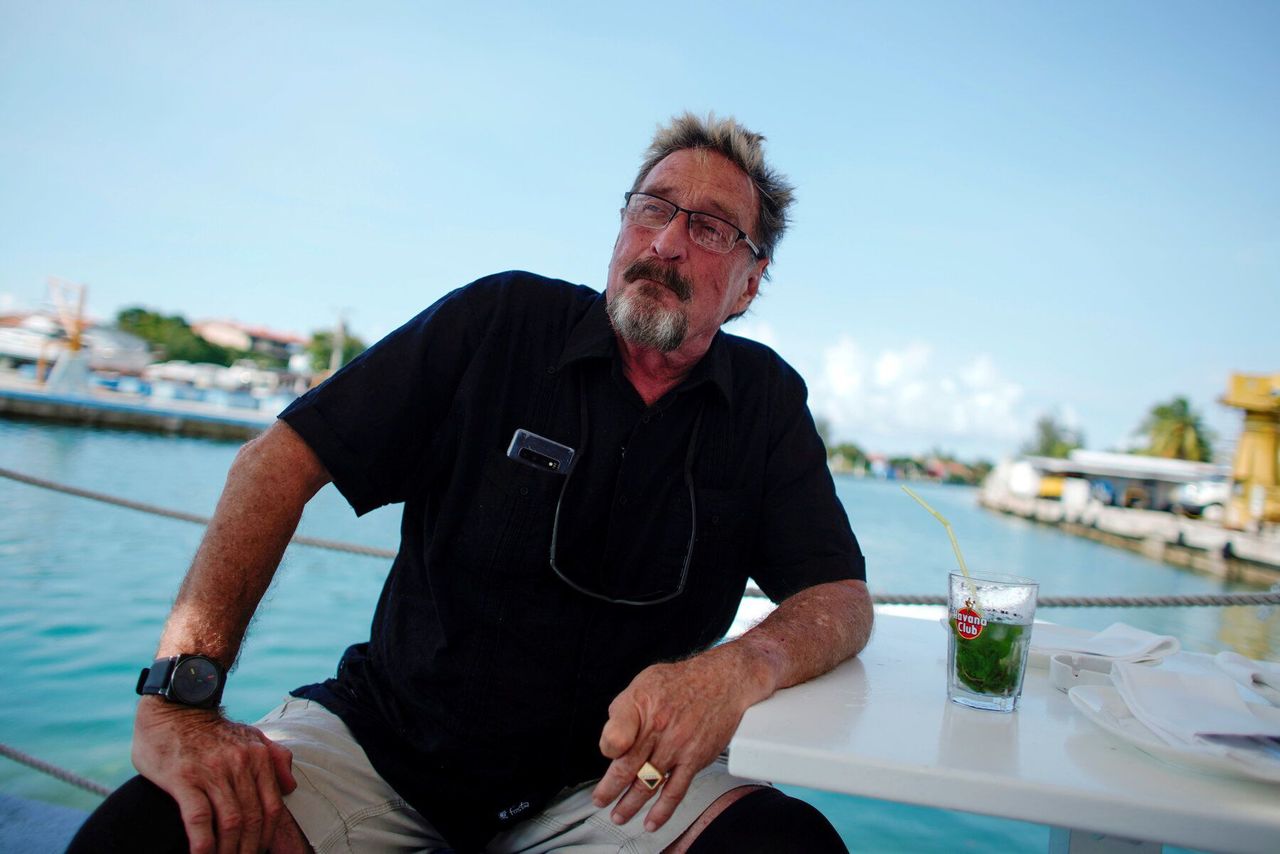 John McAfee had no suicidal thoughts, says his widow

Spanish authorities are conducting an autopsy on John McAfee's body, but have said that everything in his cell indicates that the tycoon committed suicide.

The businessman British-American John McAfee, who died in a Spanish prison this week while waiting to be extradited to the United States, had no thoughts of suicide, his widow said on Friday.

She added that she spoke with him for the last time hours before he was found dead.

Spanish authorities are conducting an autopsy on John McAfee's body , but have said that everything in his cell indicates that the 75-year-old tycoon committed suicide.

“Her last words were 'I love you and call you at night,'” Janice McAfee told reporters outside the Brians 2 penitentiary northwest of Barcelona, ​​where she collected her late husband's belongings.

"Those are not the words of someone suicidal," added the woman, who demanded a "thorough investigation," in her first comments since the software entrepreneur's death on Wednesday.

The Spanish National Court ruled on Monday in favor of McAfee's extradition to the United States to answer charges of evading more than $ 4 million in taxes in fiscal years 2016 to 2018. The judge dismissed seven of the 10 initial charges of the indictment.

"We had a plan of action to appeal that decision," Janice McAfee, 38, told reporters. "I blame the US authorities for this tragedy: Because of those politically motivated charges against him my husband is now dead."

A spokeswoman for the court in Catalonia said Thursday that a forensic team would have to perform toxicology tests on McAfee's body to determine the cause of death, the results of which would be known in "days or weeks."

McAfee's Spanish lawyer, Javier Villalba, said the businessman's death surprised his wife and other family members. He added that he would go "to the bottom" of his client's death.

"This has been a very strong jug of cold water for the family and for the defense, because the extradition was not going to be immediate," Villalba told The Associated Press on Thursday. "Nobody expected that, he had not said goodbye to his wife."

And also, his Twitter is an interesting read, so check it out before they take it down. Warning: you might spend a lot of time there.