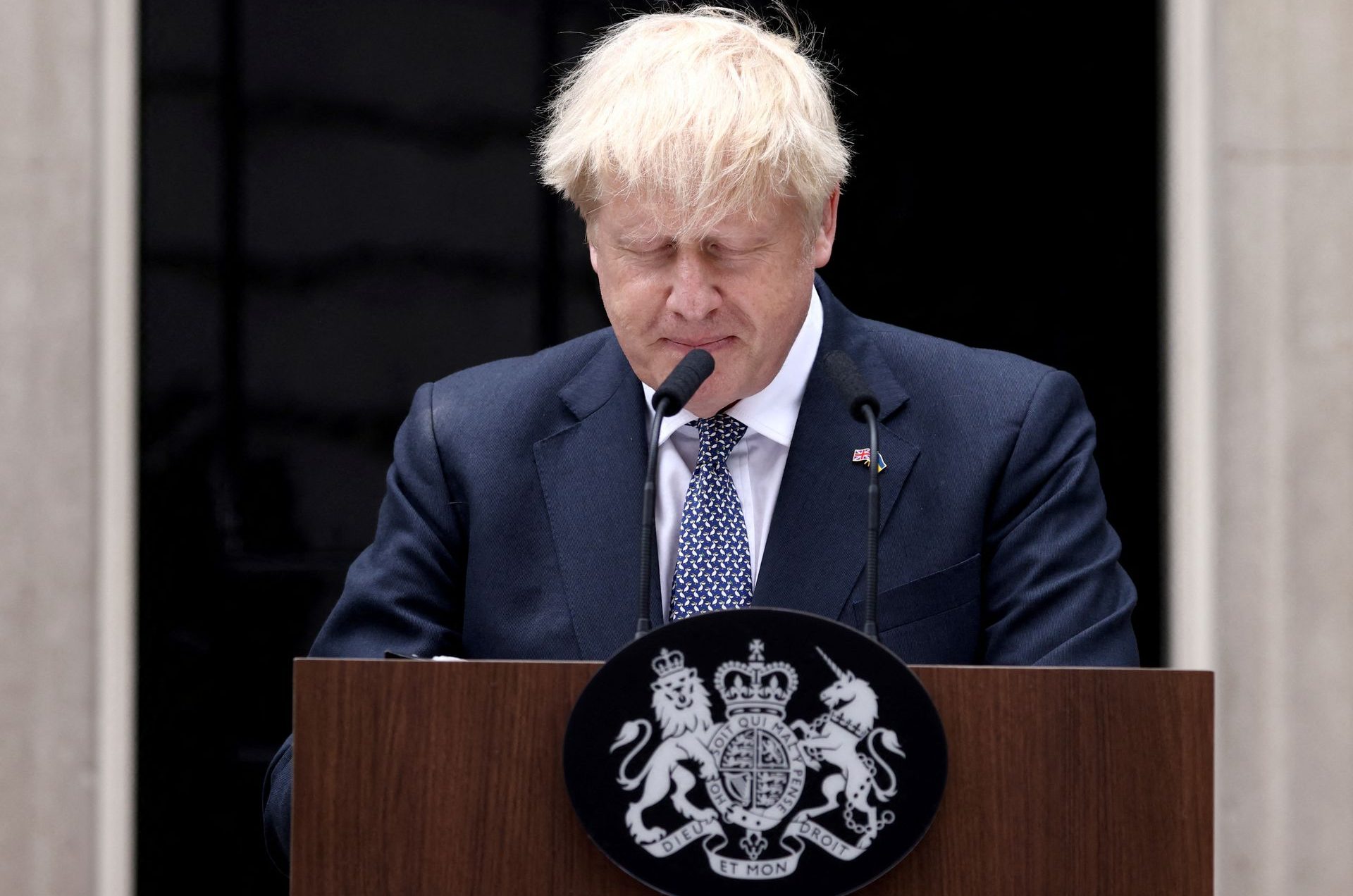 Johnson Refuses to Endorse Any Candidate Running to

British Prime Minister Boris Johnson declined, on Monday, to endorse any of the candidates who are in the race to replace him.
“I wouldn’t want to damage anybody’s chances by offering my support,” Johnson said in his first media appearance since he said last week he would step down.

Last week, Johnson stepped down as UK’s Prime Minister following an avalanche of resignations by members of his party that eroded his authority and paralyzed the British government.

Speaking to a crowd of supporters and onlookers at the lectern outside 10 Downing Street, he stated: “It is clearly now the will of the Parliament Conservative Party that there should be a new leader of that party and therefore a new prime minister.”

He blamed his party for his downfall, comparing his fellow lawmakers to stampeding animals. “As we have seen at Westminster … when the herd moves, it moves. And my friends, in politics, no one is remotely indispensable.”

On a sprate note, the Prime Minister and his wife Carrie canclled their plans to celebrate their wedding at Chequers after the resignation.

Media outlets reported that plans had been set for a party at Chequers in July. However, a No 10 source told the BBC “nothing had been 100% firmed up” and an alternative location will now be used.
#Boris Johnson  #Johnson