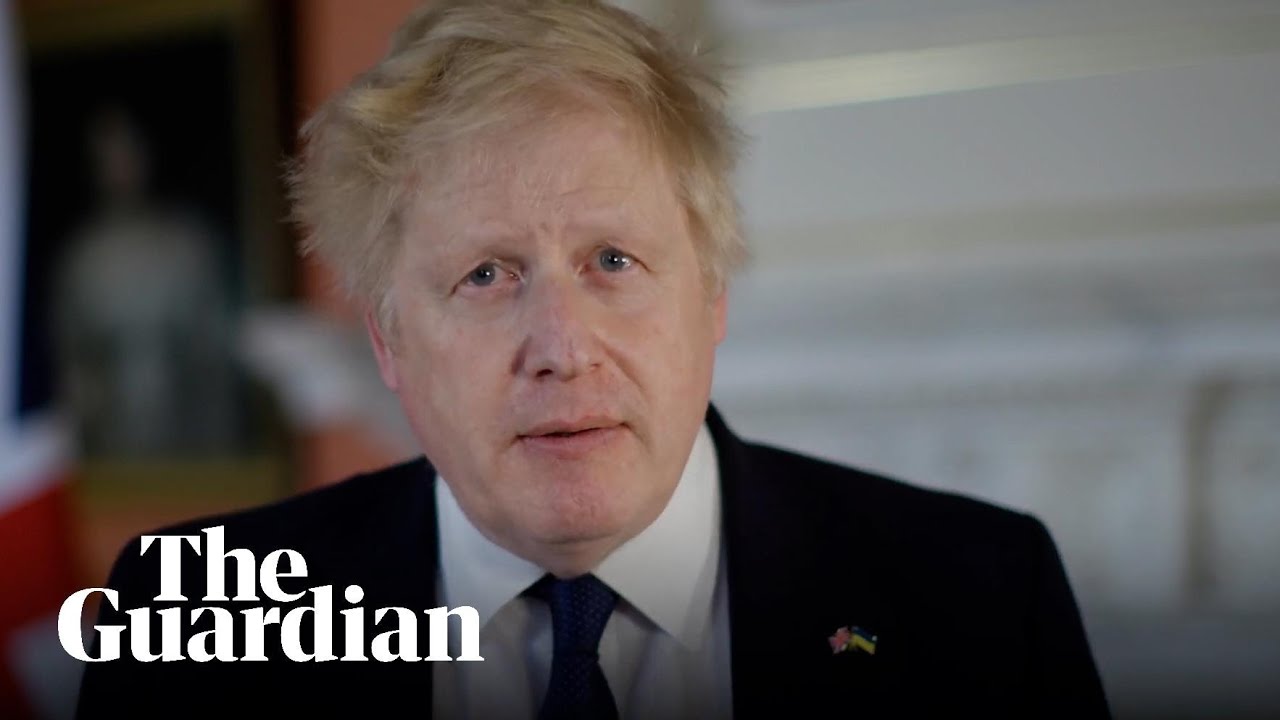 Johnson speaks directly to Russians about images that have ‘horrified world’

In video posted on social media, PM urges nation to find out truth about alleged war crimes in Ukraine
Boris Johnson has urged Russian citizens not to fall for Vladimir Putin’s propaganda, and to circumvent tough internet censorship rules by installing technology to discover the full extent of war crimes committed during the invasion of Ukraine.

In a video address posted on social media, the prime minister appealed to people in Russia to “look at what is being done in your name”, highlighting scenes of civilians being left dead in streets and women raped in front of their children that he said had “horrified the world”.

Speaking in Russian, Johnson said: “The Russian people deserve the truth, you deserve the facts.”

Picture of bodies that have been burned, dumped in mass graves or left strewn on roads vacated by retreating Russian forces in Bucha and Irpin were “so shocking, so sickening, it’s no wonder your government is seeking to hide them from you”, he continued in English.

“Your president knows that if you could see what was happening, you would not support this war.”

Johnson said the crimes “betray the trust of every Russian mother who proudly waves goodbye to her son as he heads off to join the military” and were a “stain on the honour of Russia itself – a stain that will only grow larger and more indelible every day this war continues”.

Although dissent has been harshly cracked down on in Russia, the prime minister urged people living in the country to use a virtual private network (VPN) to access independent information about the brutality of Putin’s military campaign.

The technology allows people to get around restrictions on specific content based on their geolocation by connecting to a network or server that is based in another country.

“Don’t just take my word for it: all you need is VPN connection to access independent information from anywhere in the world,” Johnson said. “When you find the truth, share it. Your president stands accused of committing war crimes. But I cannot believe he is acting in your name.”