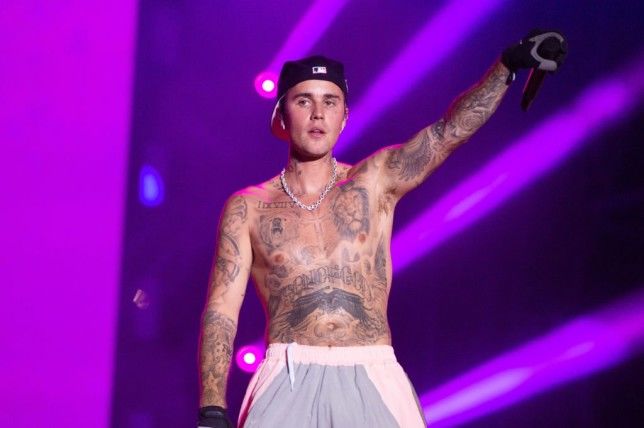 Justin Bieber has announced the rest of his world tour will be cancelled as the singer continues to face health battles.

The Peaches hitmaker recently resumed his mammoth world tour with performances in Italy and the Rock In Rio festival in Brazil.

This month, he was due to fly over to Dubai, Tel Aviv and Bahrain for a set of three performances until October 13.

However, it has been confirmed that Justin will no longer fulfil the commitments in order to recover after suffering facial paralysis earlier this year.

A statement shared on the singer’s social media and website read: ‘Justin Bieber today announced that the remaining dates of his WORLD TOUR are being postponed.

‘The tour, originally slated to begin in 2020 before being postponed due to the Covid-19 pandemic, kicked off in February of this year in San Diego, CA and made stops in ten countries across three continents.


‘On September 6, Justin first announced he was taking a break from touring to make his health a priority.’

It continued: ‘That news was followed on September 15 by his announcement of the cancellation of twelve dates running through October 18. With today’s announcement, these remaining dates are officially postponed. The potential new dates will be subject to venue and date availability.’

The news comes exactly a month after the 28-year-old announced he would be postponing the remaining tour dates after being left exhausted by his poor health.

‘Earlier this year, I went public about my battle with Ramsay Hunt Syndrome, where my face was partly paralyzed,’ he began a statement on his Instagram story.

‘As the result of this illness, I was not able to complete the North America leg of the Justice Tour. 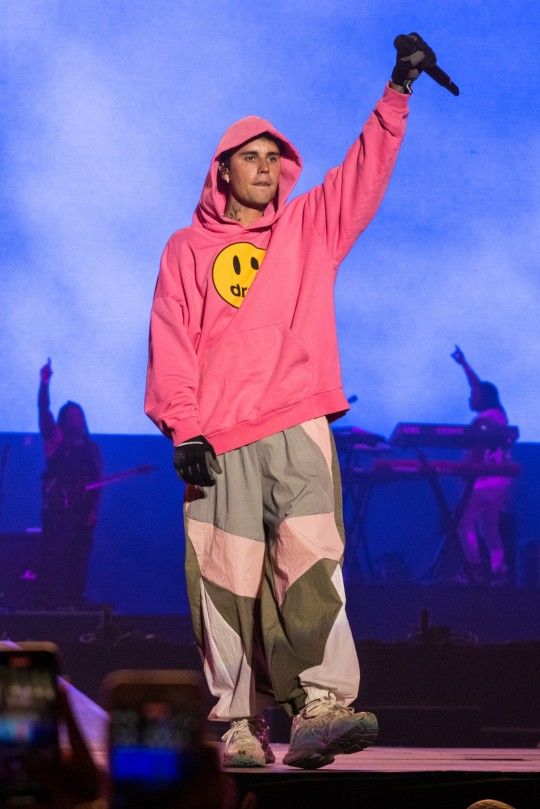 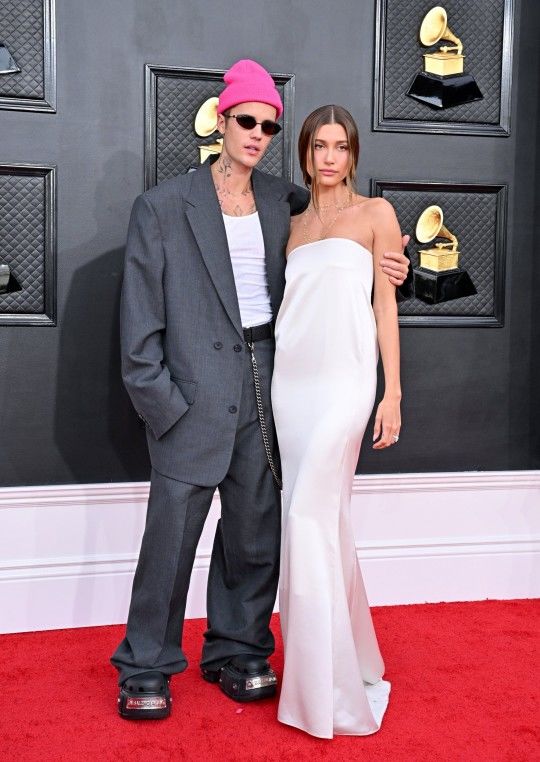 Justin is being supported by his model wife Hailey

‘After resting and consulting with my doctors, family and team, I went to Europe in an effort to continue with the tour. I performed six live shows, but it took a real roll on me.

‘This past weekend, I performed at Rock in Rio and I gave everything I have to the people in Brazil.

‘After getting off stage, the exhaustion overtook me and I realized that I need to make my health the priority right now. So I’m going to take a break from touring for the time being.’

Justin stressed: ‘I’m going to be okay but I need time to rest and get better.


‘I’ve been so proud to bring this show and our message of Justice to the world. Thank you for your prayers and support throughout all of this!

‘I love you all passionately!’

Ramsay Hunt syndrome is a complication of the disease known as shingles, and affects the facial nerve – symptoms can include blisters in the ears and on the roof of the mouth, as well as facial weakness.

It can be treated with steroids, antiviral medication and facial rehabilitation.

Justin opened up about his health in June when he shared footage of his eye swollen shut while explaining how it ‘attacks the nerves’.