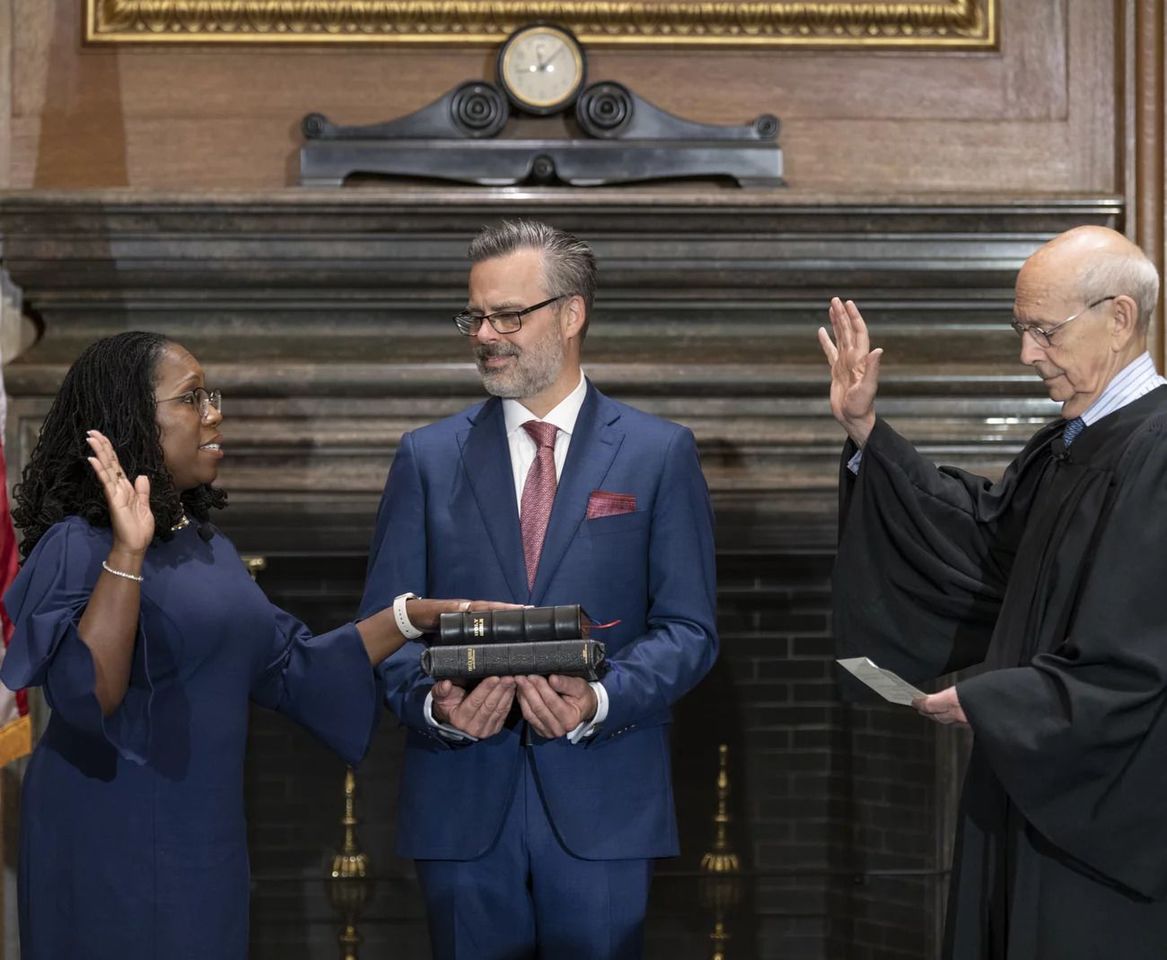 Ketanji Brown Jackson has been sworn as the 116th Supreme Court justice and the first Black woman to serve on the high court.

The ceremony caps a months-long process that essentially began February, when President Biden, fulfilling a campaign promise to nominate the first Black woman to the Supreme Court, announced Jackson, 51, as his pick to replace Justice Stephen Breyer, 83. Breyer — whom Jackson clerked for after she graduated from Harvard Law School in 1996 — officially retired Thursday, paving the way for her to be sworn in. 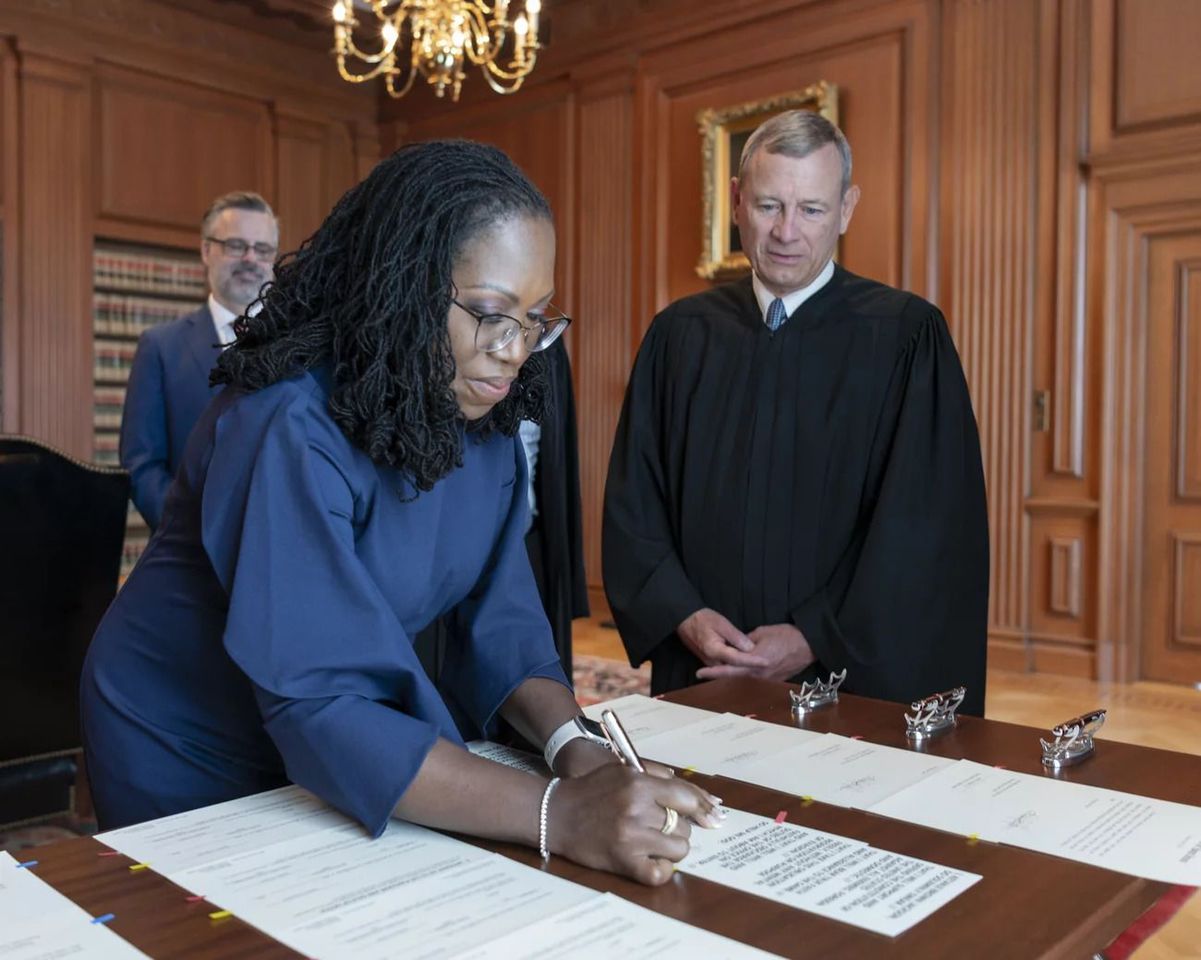 Chief Justice John G. Roberts looks on as Justice Ketanji Brown Jackson signs the Oaths of Office in the Justices' Conference Room at the Supreme Court.

"For too long, our government, our courts haven't looked like America," Biden said when he nominated her. "And I believe it's time that we have a court that reflects the full talents and greatness of our nation with a nominee of extraordinary qualifications and that we inspire all young people to believe that they can one day serve their country at the highest level."

Jackson will have to contend with significant cases next term, including those involving affirmative action (which she may recuse herself from), the independent legislature theory, and religious freedom.

Jackson has been confirmed since April, when the Senate voted 53 to 47 on her nomination.

"It has taken 232 years and 115 prior appointments for a Black woman to be selected to serve on the Supreme Court of the United States, but we've made it! We've made it — all of us," Jackson said in remarks at a White House event the day after the Senate vote.

"I have dedicated my career to public service because I love this country and our Constitution and the rights that make us free," Jackson also said.

All 50 Senate Democrats, including the two independents and three Republicans — Sens. Mitt Romney of Utah, Susan Collins of Maine and Lisa Murkowski of Alaska — voted in favor of Jackson's confirmation. The vote was lauded as a "historic moment" by Democrats, though the confirmation process was filled with clashes between the parties over Jackson's past judicial decisions.

Jackson served eight years as a federal trial court judge, issuing over 500 opinions, and last June was confirmed for a seat on the U.S. Court of Appeals for the District of Columbia after also being nominated for that post by Biden.

Jackson is the first Supreme Court justice since Thurgood Marshall to have represented indigent criminal defendants as a public defender. In addition, she also served as vice chair of the U.S. Sentencing Commission, where she garnered a reputation for creating consensus among members.

Jackson was joined at the ceremony by her husband and daughters

As she was sworn in by Roberts and Breyer, Jackson's left hand rested on two stacked bibles held by her husband, Dr. Patrick Jackson. One was a family bible, the other one donated to the Supreme Court by Justice John Marshall Harlan. It's known as the Harlan bible.

Harlan, known as the Great Dissenter during his 34-year tenure on the court, was the only justice to vote no in 1896 in Plessy v. Ferguson, which upheld the constitutionality of racial segregation under the "separate but equal" doctrine.