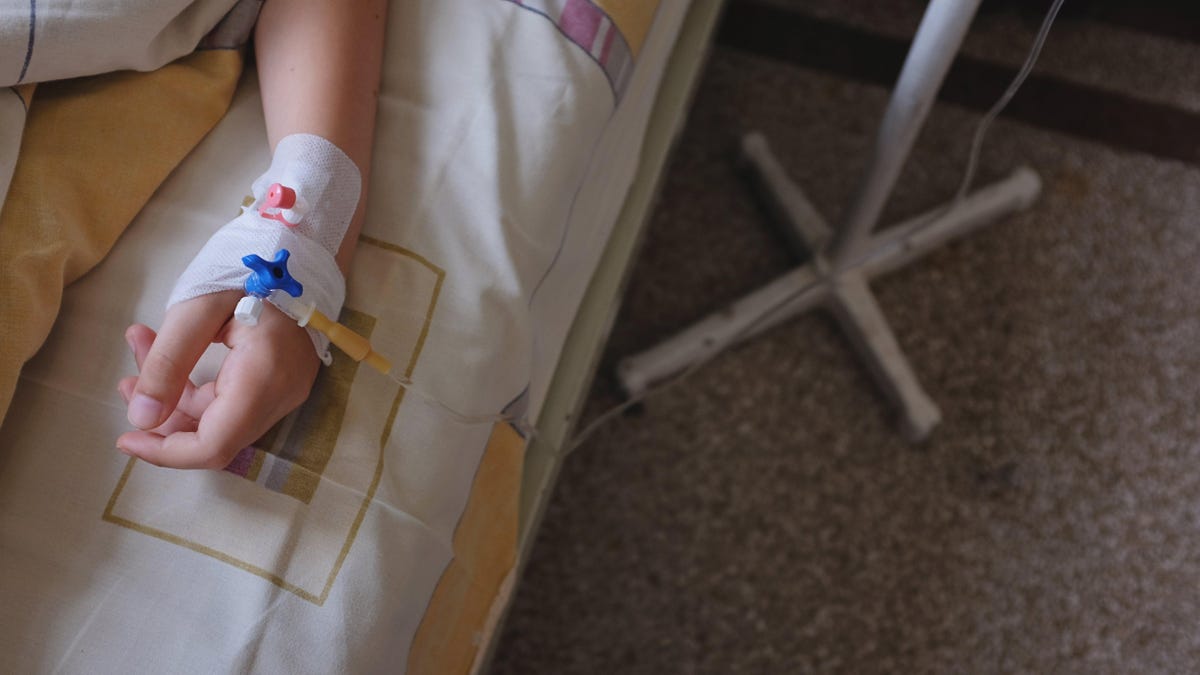 Kids in the U.S. and Europe Are Coming Down With Mysterious Liver Damage

Doctors say dozens of children have developed severe hepatitis, with some needing transplants.
A string of severe hepatitis cases in children has doctors across both sides of the pond spooked. Dozens of children in the UK and Europe, as well as some in the U.S., have come down with symptoms of hepatitis not currently explained by known causes. Theories for the outbreak include the resurgence of an existing but usually quieter germ, complications of covid-19, or even the arrival of a novel or mutated virus.

Hepatitis is most often caused by a group of five unrelated viruses (hepatitis A through E), but it’s actually a formal term for any kind of liver inflammation. Various infectious diseases, heavy alcohol use, toxins, and even certain medications can all cause hepatitis. Symptoms range from fever and fatigue to jaundice (yellowed skin and eyes), nausea, abdominal pain, and dark urine. In severe cases, it can lead to liver failure and death.

Since January this year, UK doctors have reported a concerning rise of severe, sometimes life-threatening hepatitis cases in children—above the normal baseline rate of incidence. At least 74 cases documented in the country seem to fit the bill, with children not testing positive for any of the known hepatitis viruses. In a case report by doctors from Scotland published Thursday, the authors noted that three children became so sick that they were evaluated for a possible liver transplant. At least six children in the UK have received a liver transplant, according to a recent summary by the World Health Organization.

This week, health officials in Spain reported three of their own cases, including one child who also needed a transplant. And in the U.S., health officials in Alabama have reported at least nine hepatitis cases in children dating back to October 2021 that similarly elude a simple explanation. A public health alert issued by the Alabama Department of Public Health to doctors in February alluded to one possible case in another state but provided no further details.

The leading theory right now is that these cases could be caused by adenoviruses, which are a common source of colds and other illnesses. Many infectious diseases have been less active during the pandemic, largely thanks to measures meant to contain the incredibly contagious coronavirus. But with the world opening up and people spending more time with one another, it’s expected that these germs will start to spread again. Because we might have less population immunity to these pathogens, some could cause larger-than-usual outbreaks as they return. So it’s possible that a known adenovirus that rarely causes hepatitis in kids is now temporarily surging back up.

That said, health officials aren’t discounting other possibilities. This past winter has seen a large influx of covid-19 cases, for instance, including in children. And there is some evidence that the coronavirus can damage the liver. Notably, some children have tested positive for both adenoviruses and the coronavirus. Another plausible theory is that a previously undocumented germ or a mutated strain of an existing germ, including an adenovirus, is to blame here. Environmental triggers could be possible, though that might be less likely, given that these clusters are now being found in multiple countries.

“At the time of publication, the leading hypotheses center around adenovirus—either a new variant with a distinct clinical syndrome or a routinely circulating variant that is more severely impacting younger children who are immunologically naïve,” the authors of the case report from Scotland wrote.

The CDC is working with Alabama health officials to look into their cases and to determine if children are becoming sick anywhere else in the U.S.
#Coronavirus  #COVID-19  #Covid