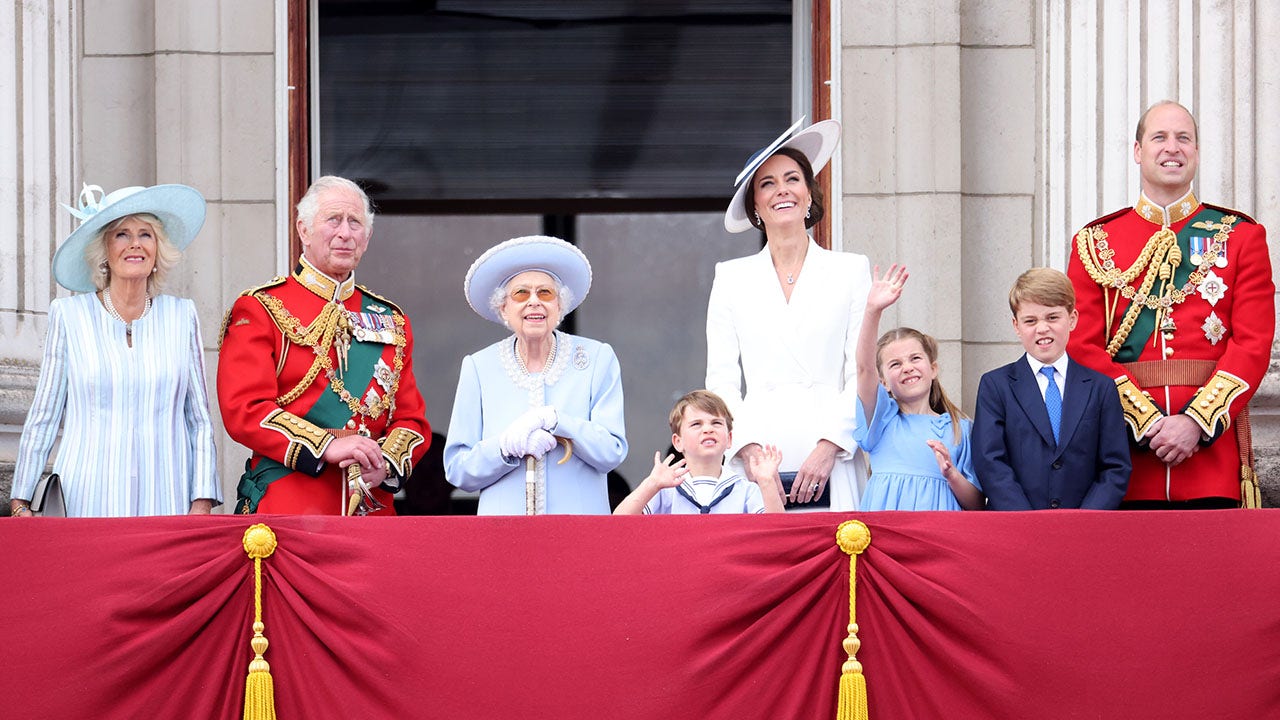 Since King Charles III took over the throne after Queen Elizabeth II’s death, the new British monarch is continuing royal traditions and will host the Trooping the Colour not on his actual birthday.

Since King Charles III took over the throne after Queen Elizabeth II’s death, the new British monarch is continuing royal traditions and will host the Trooping the Colour not on his actual birthday.

Buckingham Palace announced the Trooping the Colour will be held June 17, 2023. (Getty Images)

While Queen Elizabeth II looked over the U.K. throughout her 70-year reign, she held her Trooping the Colour in June, despite her birthday being in April.

King Charles' parade will boast more than "1,400 parading soldiers, 200 horses and 400 musicians," according to Buckingham Palace.

Queen Elizabeth II held her Trooping the Colour in June, despite her birthday being in April. (Chris Jackson)

The streets of London will be filled with crowds waving flags as the parade traditionally moves from Buckingham Palace down The Mall to Horse Guard’s Parade.

Members of the royal family will be riding on horseback and in carriages.

The traditional festivities will close with a display of the Royal Air Force fly-past, witnessed by the members of the royal family from the Buckingham Palace balcony.

The Trooping the Colour "has marked the official birthday of the British Sovereign for over 260 years," according to the palace.

Kate, Princess of Wales, was appointed colonel of the Irish Guards. The title previously belonged to Prince William.

The Prince of Wales now holds the title of colonel of the Welsh Guards.

The monarch additionally announced that the queen consort will be switched to the colonel of the Grenadier Guards. This title was previously held by Prince Andrew.

The royal celebration is scheduled to take place six weeks after King Charles III’s coronation day on May 6 at Westminster Abbey in London.

On Dec. 3, the royal family announced that King Charles III will be crowned with St. Edward’s crown during the coronation service.

St. Edward’s crown was "made for King Charles II in 1661" and has been removed from the Tower of London to allow for resizing work to begin ahead of the coronation.