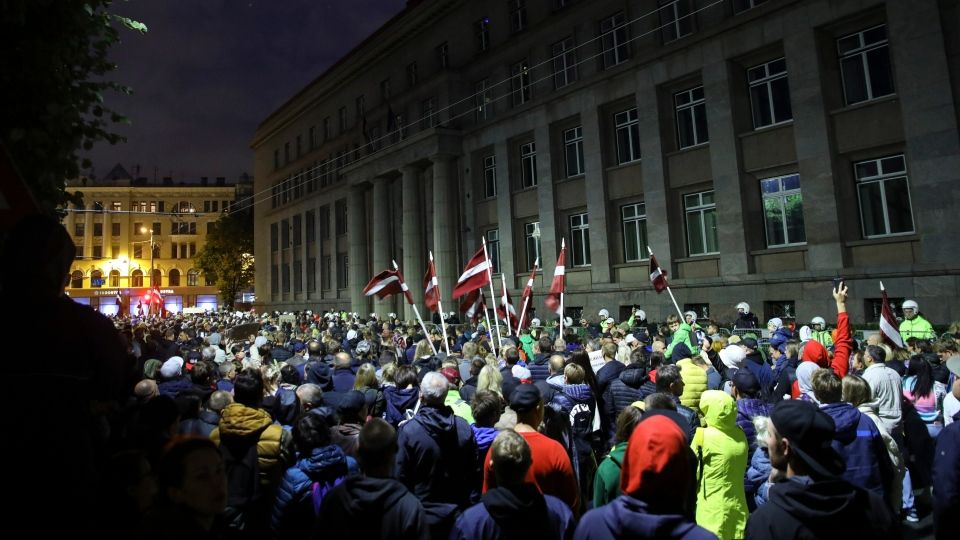 On Wednesday night, demonstrators took to the streets, marching to the headquarters of the presidency and the prime minister. According to news sources the number of participants were estimated at 5,000, but according to sources familiar with the matter the number was closer to 10,000.

It was reported to be the largest demonstration in Latvia since 2009.

The Latvian government is planning to make vaccination compulsory for many professions and is debating whether to allow employers to fire workers who refuse to be vaccinated. A vote on the issue could come this week.

"For freedom", "Karins, go away!" chanted the crowd on Wednesday, calling for the departure of PM Krisjanis Karins, and asking parliament to reject possible tighter anti-Covid restrictions.

The Baltic News Service (BNS) said the number of people attending exceeded the maximum allowed for public protests, and that most did not observe social distancing or wear facemasks -- even though they are not required at outdoor events in Latvia.

Latvian authorities said they were investigating after a few minor incidents were reported, including a smashed police car window and firecrackers being used. The protest ended around midnight.

More than 140,000 people have tested positive for COVID-19 in Latvia since the start of the pandemic, with 2,566 deaths.

More than 43% of the Latvian population has received at least one dose of vaccine and more than 38% has completed the vaccination process, according to the BNS agency.
#COVID-19  #vaccine  #Covid