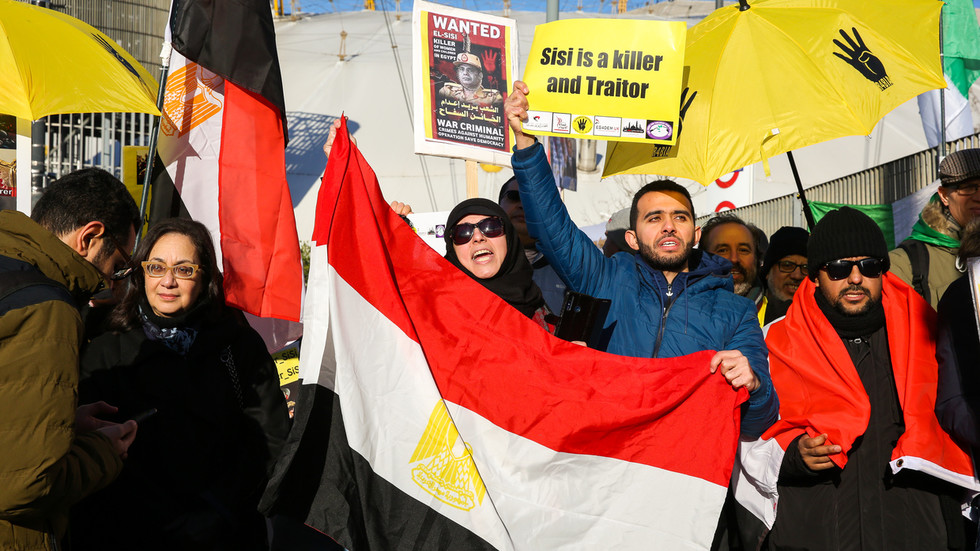 The shadowy work done by the British Council in Egypt to manipulate what non-governmental organisations get up to there shows the depths the British state will go to shape and control events in its favour.
Understatement is a staple of traditional English culture, the most visceral example surely being the fate of a 650-strong British Army battalion surrounded by 30,000 Chinese troops during the Korean War. Their commander described the situation to his US counterpart as “a bit sticky” – misinterpreted as reassurance things were difficult yet manageable. No reinforcements were sent, and only 39 members of the battalion survived the ensuing bloodbath.

This propensity is also evident in the official names of covert Whitehall operations – often, the most humdrum titles conceal supremely sinister activities. Such is the case with something innocuously entitled, ‘Support to Egyptian civil society’ – were it not for the leak of internal Whitehall files related to the scheme, its ominous dimensions would be entirely secret from the public.

Set to cost £1.8 million between 2016 and 2019, the project’s classified terms of reference states that London seeks to “support Egyptian civil society organisations engaging in advocacy to enhance their impact across a range of policy areas,” in line with the UK National Security Council’s ‘Egypt Strategy’, the precise details of which are concealed from public view.

The tender stresses that “careful management” of the risks of working in the country is paramount, noting that “after an initial opening of political space after the 2011 revolution,” under the rule of Abdel Fattah Al-Sisi, civil society organizations in Cairo have faced ever-harsher restrictions, including employee travel bans, asset freezes and police raids, with many prominent figures arbitrarily detained or fleeing the country due to the threat of reprisal for their work, with several international NGOs closing their Cairo offices outright.

Despite these immense barriers though, the document asserts that civil society organizations “can and do have an impact on public debate,” as they are “the only groups attempting to hold the government to account or influence the development of policy,” and a recent protest law means traditional political actions, such as demonstrations, are effectively banned. As such, the UK seeks to exploit the sector for its own ends, by enhancing organizations’ ability to “to influence government policy and practice.”

The tender was won by the British Council, which officially exists to promote UK ideas, the English language, and education in arts, science, and technology, and has operated in Cairo since 1938.

In submissions to Whitehall, it boasted that it could guarantee that neither the project nor participating local organizations would be shut down over the course of the operation, as it “[holds] a position of trust with government and with civil society,” which could be cynically leveraged. A surreptitious “visibility strategy,” comprising a “low profile” and “no UK branding on activity” would ensure London’s hand in the connivance remained hidden.

The Council categorized targeted organizations under three categories – ‘oppositional CSOs’, ‘Government Organised Non-Government Organisations’, and ‘Grassroots/Community Based Organisations’. As the first group were “already under scrutiny and subject to restrictions, including legal action and asset seizure,” they would need to be worked with “discreetly” in a manner “which would not draw attention” to the Council or London.

The second were likely to be “captured” or “co-opted” by the government, “and unable to act independently,” so it was decided to identify individuals within who had an “appetite for pushing the boundaries of their work,” and slowly but surely schmooze them. As the third often took “proactive steps to minimise their exposure to political interference,” they would be secretly approached via local cutouts, and only made aware of the involvement of the Council “when trust-based relationships have been developed.”

The Council revealed that it had previously pursued similar approaches in other “challenging environments,” including Ethiopia, Northern Nigeria, Palestine, and elsewhere. An accompanying case study outlined how in Myanmar, it managed the Department for International Development’s ‘Pyoe Pin’ program, supporting civil society “to engage in and influence decision making processes.”

This skullduggery is rendered all the more insidious and perverse when one considers the central role played by London in installing Al-Sisi in power, in the process aggressively reversing the “opening of political space” referred to in the project’s tender. Previously leaked files I’ve reported on exposed how the UK Foreign Office secretly funded the creation of Aswat Masriya, a Reuters-backed ‘independent’ news service, in the wake of the 2011 revolution.

Under its auspices, hundreds of journalists were trained, and scores of stories in both Arabic and English were syndicated the world over. Aswat Masriya granted the UK a high degree of narrative control over news coverage as events unfolded in the country.

Its coverage consistently downplayed, whitewashed, or ignored crimes committed by security services, while undermining Muslim Brotherhood President Mohamed Morsi, laying the ground for Al-Sisi’s seizure of government in a violent military coup in July 2013, before closing in March 2017 after he was firmly entrenched in office and his reign of terror was well underway.

Publicly though, UK Ambassador to Cairo John Casson has hailed the president for “building a more stable, prosperous and democratic country,” and even praised his government’s “tough security measures.” This penchant for seeing no evil, hearing no evil, and speaking no evil may be explained by London being the biggest investor in Egypt, with trade receipts running to £1.5 billion annually. Morsi’s administration threatened Whitehall’s financial interests in the country – Al-Sisi has proven himself most accommodating by comparison.

Whatever good may come from the Council’s work with civil society organizations in Egypt, it’s clear too that the project is ultimately concerned with keeping a close eye on the sector’s activities, and making certain that the state is gently pushed in directions benefitting London.

One passage in the tender refers to motivating NGOs to serve as “peaceful channels of mobilisation and influence that offer an alternative to unrest or extremism.” In other words, lobbying the government for modest reform, while ensuring its position isn’t threatened by any incendiary action.

In a bizarre twist, the Council’s designated “primary contact” for the project was veteran staffer Andrew Sheridan. In December 2008, while posted to Moscow, he was involved in a bizarre incident in which he ran over a Russian Federal Security Service colonel in a diplomatic car. His victim, who worked for an elite academy training agents for frontline duties, suffered head injuries and a broken leg.

In February that year, then-President Dmitry Medvedev declared that the Council’s public activities were merely a front, and behind the scenes it carried out “a mass of other tasks which they do not advertise so widely,” including “intelligence activity.” While vehemently denied, these files suggest his suspicions may well have been correct. What else does the British Council have to hide?

RT approached the British Council for comment, but had not received a response at the time of publication.