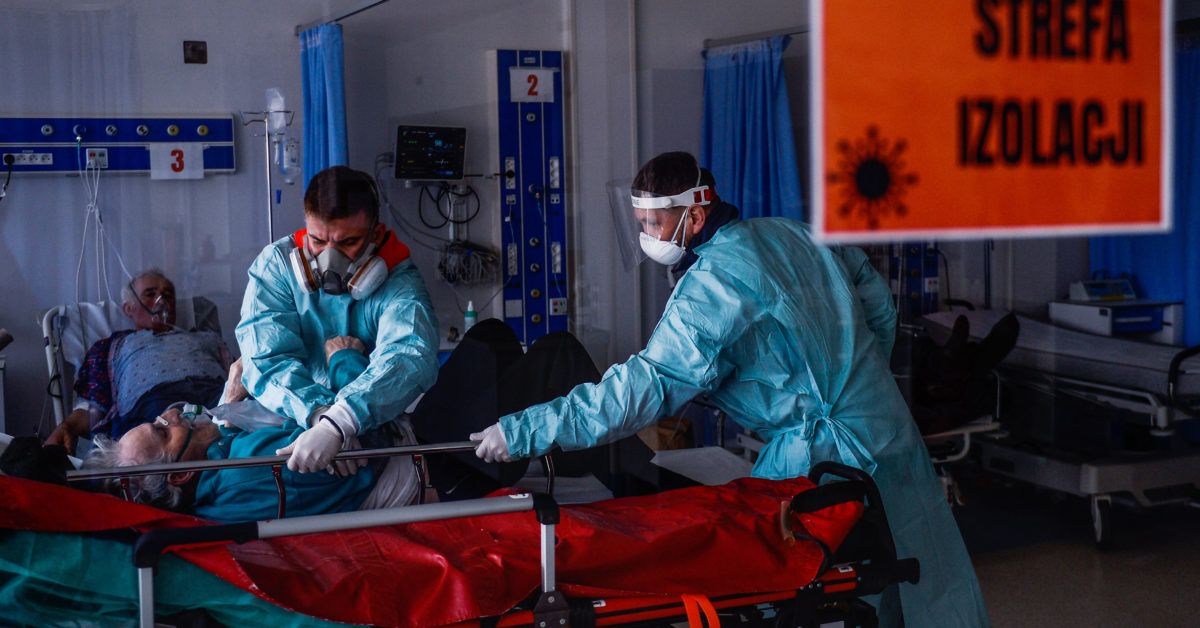 Thirteen out of 17 members of Poland's Medical Council resigned on Friday, protesting that the country's right-wing government had ignored their advice on how to fight the coronavirus pandemic.

In a scathing statement, signatories led by Robert Flisiak, chairman of the Polish Association of Epidemiologists, complained that their recommendations have had "no impact" in terms of taking action against the pandemic.

At the same time, they accused the government led by the Law and Justice Party (PiS) of pandering to COVID-19 deniers and vaccine skeptics in a country that recently reported its 100,000th coronavirus death — one of Europe's highest pandemic tolls in relation to population size.

“We have been accused many times of insufficient influence over the actions of the government. At the same time, we have observed the growing tolerance towards denying the threat posed by COVID-19 and the importance of vaccination in the fight against the pandemic — which has also been reflected in statements by government members and state officials,” the scientists wrote in a statement issued to the state-run PAP news agency.

The Polish government has long been accused of inaction: Only 57 percent of residents have been fully vaccinated compared to an EU average of 69 percent; basic measures like wearing masks indoors are poorly enforced; and the government has not introduced COVID-19 passports to access public venues that are widely used in other European countries.

More recently, Health Minister Adam Niedzielski said a new year rise in infections was an "anomaly" and ruled out further action to contain the pandemic, even as the new and highly contagious Omicron variant of the coronavirus was smashing case records in countries like the U.K. and Denmark.

An international team of scientists warned last weekend that as many as 20 million Poles — more than half the population — could catch Omicron this winter.

And, despite data pointing to Omicron causing milder illness, the ease with which it transmits and low vaccination rates could overwhelm Poland’s hospitals and add a shocking 19,000 deaths between January 20 and February 11, the Modelling Coronavirus Spread (MOCOS) group predicted on Twitter.

“The discrepancy between scientific and medical reasoning and practice has become particularly glaring in the context of very limited action in the face of the autumn wave, and then in the face of the threat of the Omicron variant, despite the enormous number of expected deaths,” the departing members of the Medical Council said in their statement, which was widely picked up by Polish media.

Responding, Prime Minister Mateusz Morawiecki's government said in a statement that the Medical Council had provided "substantial support" for the government and its crisis management team, while decisions were taken on the basis of wide consultation.

"It is the role of the government to make decisions based on the various positions of experts — the Medical Council, economists, experts from other areas affected by the epidemic," the government statement added.