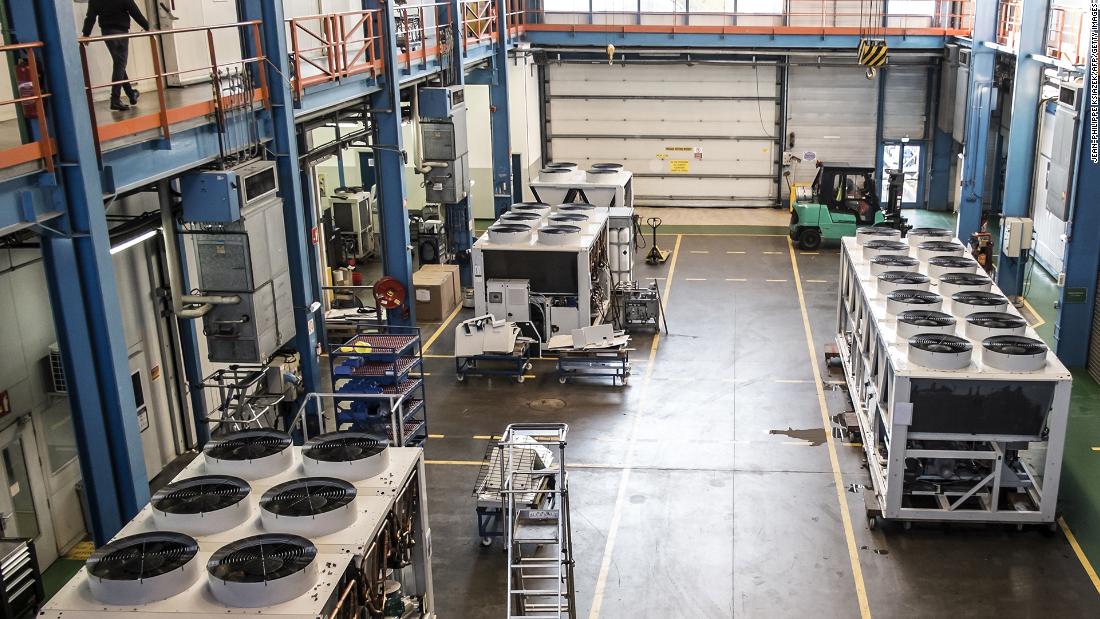 Manufacturing CEO: Demand isn't our problem. Keeping up with it is

Carrier Global, like countless other companies right now, is navigating a minefield of challenges to get orders out to its customers.

Absent these operational headaches, the manufacturing giant estimates it would have been able to ship another $200 million to $300 million in products last quarter alone.

"Demand is tremendous," Carrier CEO Dave Gitlin told CNN in a phone interview. "Demand is not our issue. Keeping up with it is."

The constraints facing Carrier, the 106-year-old maker of heating, ventilating and air conditioning (HVAC) systems, encapsulate what's wrong with today's economy. From food and energy to cars and building materials, supply simply can't keep up with demand. To combat these issues, Carrier, like many other companies, is raising prices.

Carrier is assuming that the elevated levels of inflation from late 2021 will continue through this year. That amounts to $1 billion in cost increases, which the company plans to fully cover by raising its prices by the same amount. This will translate to higher prices for HVAC systems for consumers and businesses.

Gitlin also acknowledged considerable uncertainty about the path of inflation. "The truth is, we don't know when it will come down — or by how much," he said.

Despite the obstacles, on Tuesday Carrier reported a 14% jump in adjusted operating profit to $517 million. In a presentation to shareholders, the company said "continued inflationary pressure" was partially offset by "higher-than-expected" price hikes.

'We haven't seen any marked improvement'

The same computer chip shortage that has derailed auto manufacturing and sent car prices soaring is also impacting Carrier, which broke away from United Technologies in 2020 to once again operate as an independent company.

"The biggest challenge we have right now is on the chip side," Gitlin said. "We haven't seen any marked improvement there."

The Carrier boss expects the computer chip shortage to ease during the second half of this year and more so in 2023. In the meantime, the company has negotiated directly with chip makers to secure supply.

Carrier has struggled to get the chips it needs for its more profitable systems, which require more advanced components.

"The more intelligent the product line, the higher the margin," Gitlin said, and the "most challenging supply issues" have impacted the advanced computer chips, he added.

Logistics costs "remain high but they don't seem to be getting higher," he said, and seem to be "plateauing at elevated levels."

On the positive side, Gitlin said Carrier is seeing "a lot of improvement" with worker absenteeism at its facilities around the world in the past few weeks as Covid rates tumble.

Carrier and other US companies are raising wages to retain employees and attract new ones in what is now a red-hot jobs market. "There's definitely a battle for talent, especially in the United States," Gitlin said. "We've had to adjust accordingly."