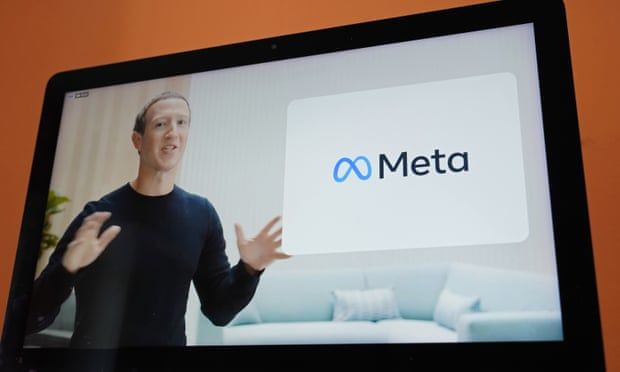 Facebook founder’s planned metaverse, blending reality with digital experiences, will require enormous computing power
Mark Zuckerberg has announced his social media empire is building what he claims is the world’s fastest artificial intelligence supercomputer as part of plans to build a virtual metaverse.

The Facebook founder said in a blogpost that the metaverse, a concept that blends the physical and digital world via virtual and augmented reality, will require “enormous” computing power. The AI supercomputer, dubbed AI Research SuperCluster (RSC) by Zuckerberg’s Meta business, is already the fifth fastest in the world, the company said.

“The experiences we’re building for the metaverse require enormous compute [sic] power (quintillions of operations/second!) and RSC will enable new AI models that can learn from trillions of examples, understand hundreds of languages, and more,” wrote Zuckerberg in a blogpost. Meta researchers added that they expected the RSC to become the fastest computer of its kind when it is completed in the summer.

AI mimics the underlying architecture of the brain in computer form and is capable of processing, and spotting patterns in, vast amounts of data. Meta, which owns Facebook, Instagram and the WhatsApp messaging service, generates significant amounts of data from its 2.8 billion daily users.

It was fined $5bn for privacy violations in the wake of the Cambridge Analytica scandal and Frances Haugen, a former Facebook employee and whistleblower, has warned that the company is focusing on expansion into new areas when it should be putting “more resources on very basic safety systems”.

The Meta researchers said the RSC, which is built from thousands of processors and housed in an undisclosed location, would help identify harmful content on its platforms. However, the metaverse, which Meta admits is still years away from being a fully fledged concept, is a key part of the company’s plans for the computer. In the blogpost the researchers – Kevin Lee, a technical program manager at Meta, and Shubho Sengupta, a software engineer, said they expected the supercomputer to immediately translate conversations between gamers from different countries.

The Meta employees said it could allow large groups of people around the world to play a game based on augmented reality, where a digital layer is put over reality, normally via a user’s phone, although special headsets and glasses are in development at companies like Apple and the owner of Snapchat.

“We hope RSC will help us build entirely new AI systems that can, for example, power real-time voice translations to large groups of people, each speaking a different language, so they can seamlessly collaborate on a research project or play an AR game together,” wrote the researchers. “Ultimately, the work done with RSC will pave the way toward building technologies for the next major computing platform – the metaverse, where AI-driven applications and products will play an important role.”

Separately, the UK’s data watchdog is seeking clarification from Meta over parental controls on its popular virtual reality headset, the Oculus Quest 2, after research by the Center for Countering Digital Hate, a campaign group, flagged multiple instances of abuse on VRChat, a top-selling social app for Oculus user.
#Mark Zuckerberg  #Facebook