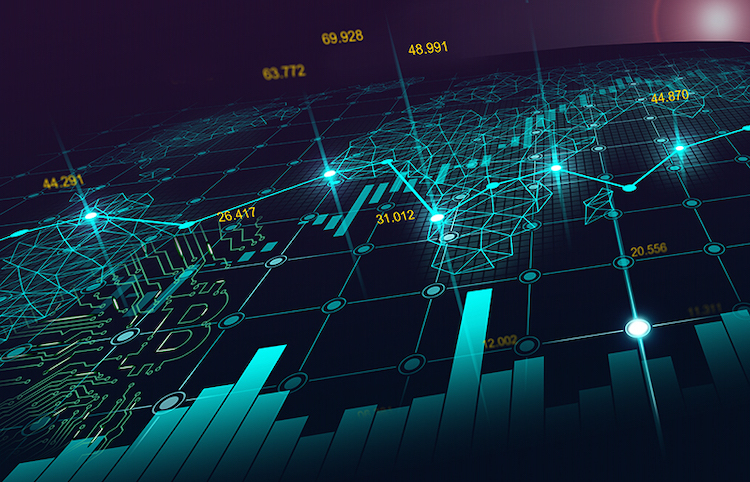 The technical charts are suggesting further downside for Bitcoin and the rest of the crypto market, as sellers react to extreme overbought conditions since March.

Bitcoin traded lower on Friday as the price struggled near the $35,000 resistance level. The cryptocurrency was trading around $33,000 at press time and is down about 3.8% over the past 24 hours.

Some analysts expect continued weakness into the weekend as a volatile month nears its end. June has traditionally been a quiet month for Bitcoin and the rest of the crypto market, and no surprises are expected this time as well.

There are existing concerns about regulatory crackdowns and environmental issues, which have dragged on bitcoin’s price over the past few months. The technical charts are suggesting further downside for Bitcoin and the rest of the crypto market, as sellers react to extreme overbought conditions since March.

On short term, BTC likely will remain in a consolidation phase between $30,000 support and $40,000 resistance. Trading ranges are expected to be difficult to navigate, especially for new traders, as uncertainty grows.

According to Elie Le Rest, partner and co-founder of ExoAlpha:

“Chinese market participants have been massively selling during the past month alongside the Grayscale unlocking schedule leading to more selling pressure.

With newcomers in the crypto market seeing their profit and capital getting wiped out by selling waves, newcomers are taking their losses as they can’t stomach this much negative volatility anymore.”

Another uncertainly is possible new monetary policy in the U.S. this year, which might weigh on risk assets including cryptocurrencies.

According to Edward Moya, senior market analyst at Oanda:

“Wall Street will have to see a couple more inflation and labor reports before having a better understanding on when the [Federal Reserve] will taper and be poised to raise interest rates.

It seems it will take intensifying inflation pressures to get the dollar rally going and that might pose one of the key risks for cryptocurrencies this summer.”

Institutions warming up to crypto

Regardless of the short-term price swings, institutions are step by step becoming more interested in cryptocurrencies.

Bitcoin trading volumes on the LMAX Digital spot exchange have gone up a lot over the past year. Because LMAX Digital “facilitates trades for institutions only and already is among the leading bitcoin spot exchanges, this depicts the current institutionalization of the bitcoin market,” according to a report by Arcane Research and LMAX Digital published on Friday.

Chart shows total monthly trading volume on the LMAX Digital spot exchange.
The report also mentioned that roughly 70% of the 77 institutional investors surveyed by LMAX Digital expect asset managers, funds and banks to be the most significant contributors to trading volume in the next three years.

Regardless, multiple gaps remain, which could slow the pace of widespread institutional adoption. “Access to banking has been particularly highlighted by brokers, while proprietary trading firms and HFT [high frequency trading] firms see access to credit as a big gap. Notably, corporates see a lack of global regulation as a major concern,” according to LMAX Digital.

China’s regulatory crackdown accelerated the decline in bitcoin’s hashrate over the past month. The hashrate refers to the total combined computational power that is being used to mine and process transactions on the blockchain.

Bitcoin’s hash rate rose almost 5% overnight, according to Ycharts. Now 104 EH/s back the network, indicating a slow recovery from China’s crackdown that put a stop to BTC mining in China’s key mining provinces.

Last week the BTC hash rate dropped by 17% in the aftermath of a government issued shutdown order in Sichuan, a province popular for mining operations due to an excess of cheap hydroelectric power. 26 mining farms were forced to shut down.

Since then many Chinese miners have relocated to North America and Kazakhstan, which has allowed Bitcoin to recover, but regardless, the network’s hash rate is still 1.68% lower than this time last year.

High gas fees have plagued Ethereum off and on for months, so much so, that there has been a boom in funding and uptake around layer 2 solutions such as Polygon, Arbitrum and Optimism. A new project is taking a different tack and hoping to foster better communication between two groups of Ethereum stakeholders whose incentives are often misaligned: miners and users. The Ethereum Eagle project (EGL), launching Friday, is trying to provide a signaling mechanism for the miners and community to strike the “right” balance between gas limits and block size.