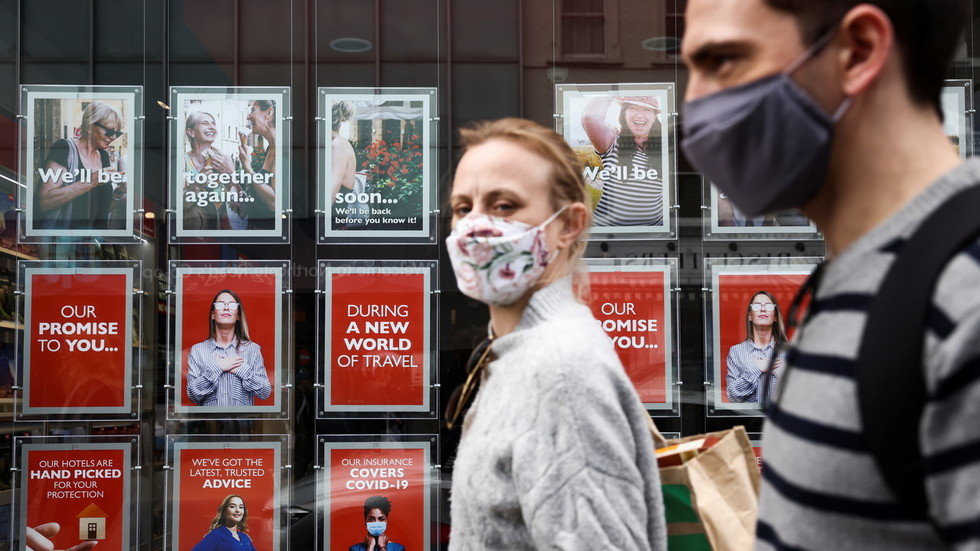 The UK may be racing ahead of its European neighbours in getting its population vaccinated, but Brits might have to stay masked up for “several years” if public health experts get their way.
New cases of Covid-19 in the UK have dropped tenfold since early January, and more than 27 million Britons – over half the adult population – have had their first dose of a coronavirus vaccine. Compared to rising cases on the continent and an EU average vaccination rate of around 10%, the UK appears to be winning its war against Covid-19.

Brits looking for a total reprieve from the country’s punishing lockdown, however, shouldn’t hold their breath.

That’s according to Mary Ramsay, the head of immunisation at Public Health England. Ramsay told the BBC on Sunday that masks and social distancing could be required for “several years,” or “at least until other parts of the world are as well vaccinated as we are, and the numbers have come down everywhere.”

With vaccines being distributed unequally around the world, and people in the poorest nations facing a years-long wait to get vaccinated, Ramsay’s prediction may be a realistic one, should the British government listen to her advice.

As a government body, Public Health England certainly has a say in determining the UK’s Covid-19 response. Her view is not a minority one, either. As the government looks to relax restrictions from the end of March onwards, Prof. Chris Whitty, the UK government's chief medical adviser, told MPs earlier this month that “simple interventions,” face masks among them, would be needed beyond the summer. Chief Scientific Adviser Sir Patrick Vallance, meanwhile, suggested that masks would be required through winter, to ward off a “surge” in new cases.

Ramsay claimed that “people have got used to” wearing masks and practicing social distancing, telling the BBC that “people can live with them, and the economy can still go on with those less severe restrictions in place.”

However, the public might not be as compliant as she suggested. Thousands of people marched in London on Saturday in protest against the national lockdown and virus-related restrictions, with police arresting more than 30 for breaching Covid regulations.
#COVID-19  #vaccine  #Covid  #Coronavirus  #Vaccines