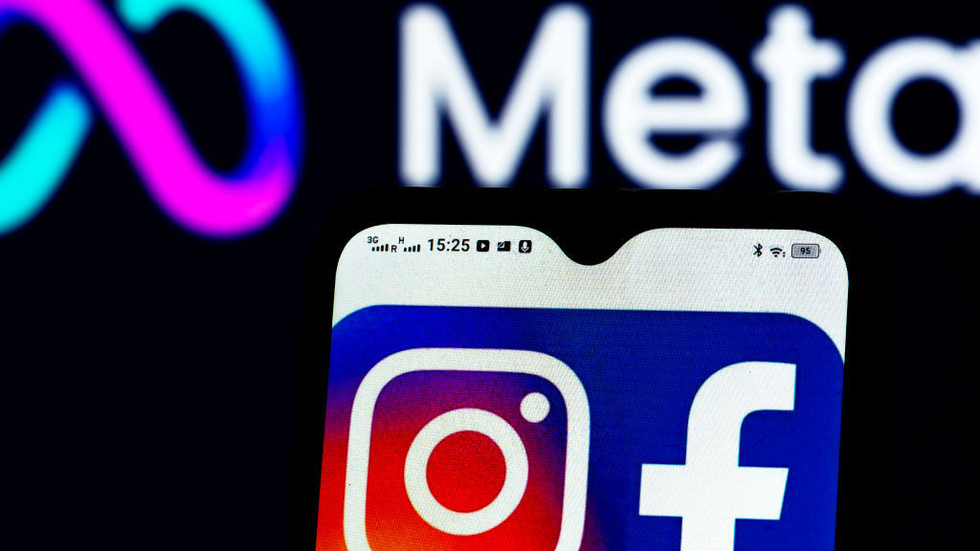 Tech giant apparently warned that bloc’s regulatory scrutiny over ‘transatlantic data transfers’ affects its ability to deliver targeted ads
Facebook and Instagram services in Europe may have to be shut down if their parent company, Meta, can’t process, store and transfer data from European users on US-based servers, the tech giant reportedly warned. A number of media outlets cited its annual filings with the US Securities and Exchange Commission in reporting the development.

The main sticking point for Meta is “transatlantic data transfers,” which are regulated by a number of agreements that the company uses as the legal basis for storing data from EU users on US servers. These model agreements are currently under legal and regulatory scrutiny in Europe – and could potentially “affect [Meta’s] ability to provide our services... or our ability to target ads.”

In the report, Meta stated that it would “likely” be unable to offer “a number of our most significant products and services,” including Facebook and Instagram, in Europe if a new transatlantic data transfer framework is not adopted and the firm is unable to use its current model agreements or “rely upon other alternative means.”

“Substantially all of our revenue is currently generated from third parties advertising on Facebook and Instagram,” the company noted, adding that it relied on “data signals from user activity” in order to “deliver relevant and effective ads to our users.” The EU’s General Data Protection Regulation (GDPR), among other rules, has impacted its “ability to use such signals in our ad products.”

Following the GDPR’s adoption, Meta added that an “increasing number of users” have opted to “control certain types of ad targeting in Europe.” It expects this trend to “increase further with expanded control over certain third-party data” as part of its compliance efforts in line with data privacy rules set out in the EU’s ePrivacy Directive.

If it does not “deliver ads in an effective manner,” Meta warned that “marketers will not continue to do business with us” or “reduce the budgets they are willing to commit to us.” The company’s adtech tools have been regularly criticized for harvesting granular data from users, allowing businesses to design “personalized” ads depending on “sensitive” criteria such as interests and demographic information.

The company previously used an EU-US data transfer agreement called Privacy Shield, which was struck down for data protection violations in 2020 by the European Court of Justice. Also that year, the Irish Data Protection Commission (IDPC) provisionally concluded that the model agreements Meta uses for data transfers – called Standard Contractual Clauses – were incompatible with EU privacy requirements set out in the GDPR.

Under European regulations, data on residents can only be transferred to a country outside the EU if that country offers sufficient protection to this information.
#Facebook