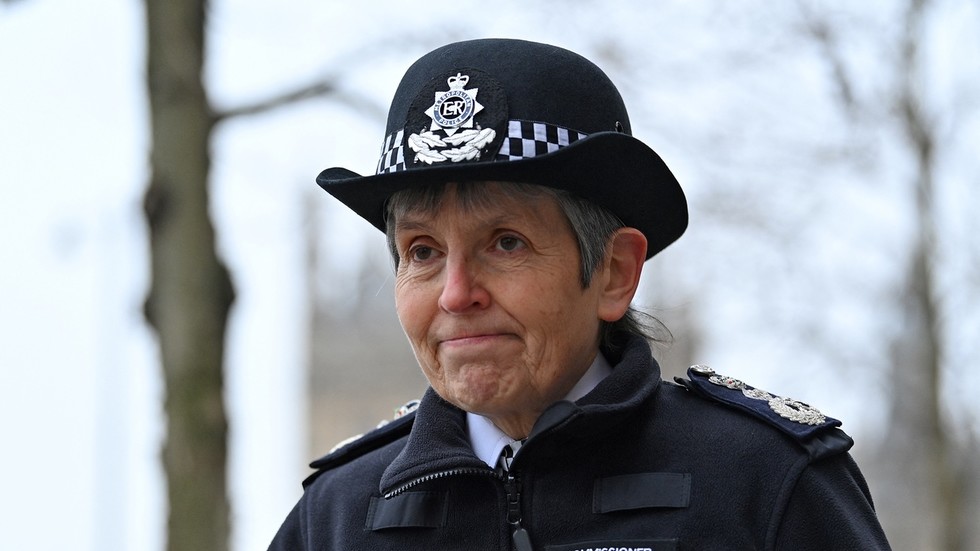 Cressida Dick announces her resignation, saying Mayor of London “no longer has sufficient confidence” in her leadership

The head of London’s Metropolitan Police force, Commissioner Cressida Dick, has announced her resignation from the post after meeting with the city’s mayor, Sadiq Khan, whom she said “no longer has sufficient confidence in my leadership.”

“He has left me no choice but to step aside as Commissioner of the Metropolitan Police Service,” Dick said in a statement released on Thursday evening, adding that she is resigning “with huge sadness.”

The move comes after a series of scandals involving Met Police officers. A recent report by the Independent Office for Police Conduct (IOPC) revealed multiple incidents of racism, sexism, and bullying within the Met’s ranks. The report prompted Khan to subsequently warn Dick that she was “on notice” and the force needed to urgently show it had an effective plan for rooting out a culture of racism, homophobia, and misogyny.

“At [Khan's] request, I have agreed to stay on for a short period to ensure the stability of the Met and its leadership while arrangements are made for a transition to a new Commissioner,”Dick added in her statement.

Responding to Dick's decision, Khan said he had "made clear" to the Met chief "the scale of the change" necessary to rebuild public trust in the force, but he was "not satisfied with the Commissioner's response." The mayor also thanked Dick for her 40 years of "dedicated public service" and that he would work with the Home Secretary to appoint a successor.

In comments posted on Twitter, British Prime Minister Boris Johnson thanked Dick for her "great dedication" and her "role protecting the public and making our streets safer."

The first female head of Scotland Yard, Dick spoke in her statement of the achievements of the force over her almost five year-tenure, while acknowledging that the high-profile murder of Sarah Everard by a then-serving Met officer and “many other awful cases” had “damaged confidence in this fantastic police service.”

“There is much to do – and I know that the Met has turned its full attention to rebuilding public trust and confidence,” she underlined, adding that she is “very optimistic” about the future of both Scotland Yard and London.

The Met has been subject to a lengthy list of public scandals in recent years. In September 2021, former officer Wayne Couzens was sentenced to life imprisonment for raping and murdering Everard the previous March. An increase in the number of street attacks and knife crime has also drawn criticism of the force’s leadership.

Scotland Yard has also come under fire lately for its handling of reports that Downing Street and other UK government offices held lockdown-breaching social events. The force U-turned on its initial decision not to investigate the events after a senior civil servant and her team referred material to the Met during their inquiry into the alleged parties, and, on Wednesday, Scotland Yard said that officers were reconsidering the previous decision not to investigate one of the parties.