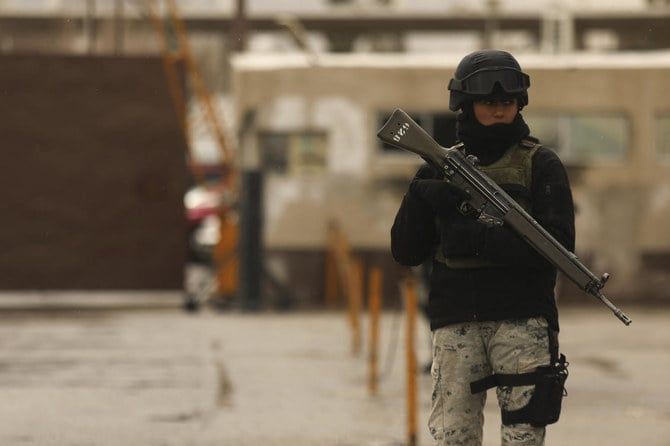 Mexico’s defense ministry said on Tuesday it had flown 200 military personnel to the northern border city of Juarez to fight organized crime there, days after a deadly prison riot led to a manhunt for escaped convicts.
Authorities also sacked the director of the prison, from which at least 30 inmates escaped, they said Tuesday.

State prosecutors in the border state of Chihuahua said Alejandro Alvarado, head of the Juarez prison, had been dismissed, and is also under investigation for his possible role in the jailbreak, alongside others.

Federal authorities arrived to restore order, later finding a “VIP zone” in the state-run prison with drugs and money.

Prisoners’ relatives queued outside the prison on Tuesday, some asking to speak to authorities.

Maria Luisa Pena, an inmate’s aunt, told Reuters authorities had yet to give her information about her nephew’s situation.

“We’re worried,” she said, “We want to know what’s happening with our relatives, we want them to tell us something.”

We’re all humans, aren’t we? We all make mistakes. Now many of us want the opportunity to know what’s happening with our relatives,” added an inmate’s wife, who was not identified.

On Monday night, Chihuahua’s government said seven people had died during subsequent police clashes as part of the hunt to find the escaped inmates.

Two of the dead were police.

Sunday’s incident resulted in one of the highest death tolls from prison violence in Mexico in recent years.