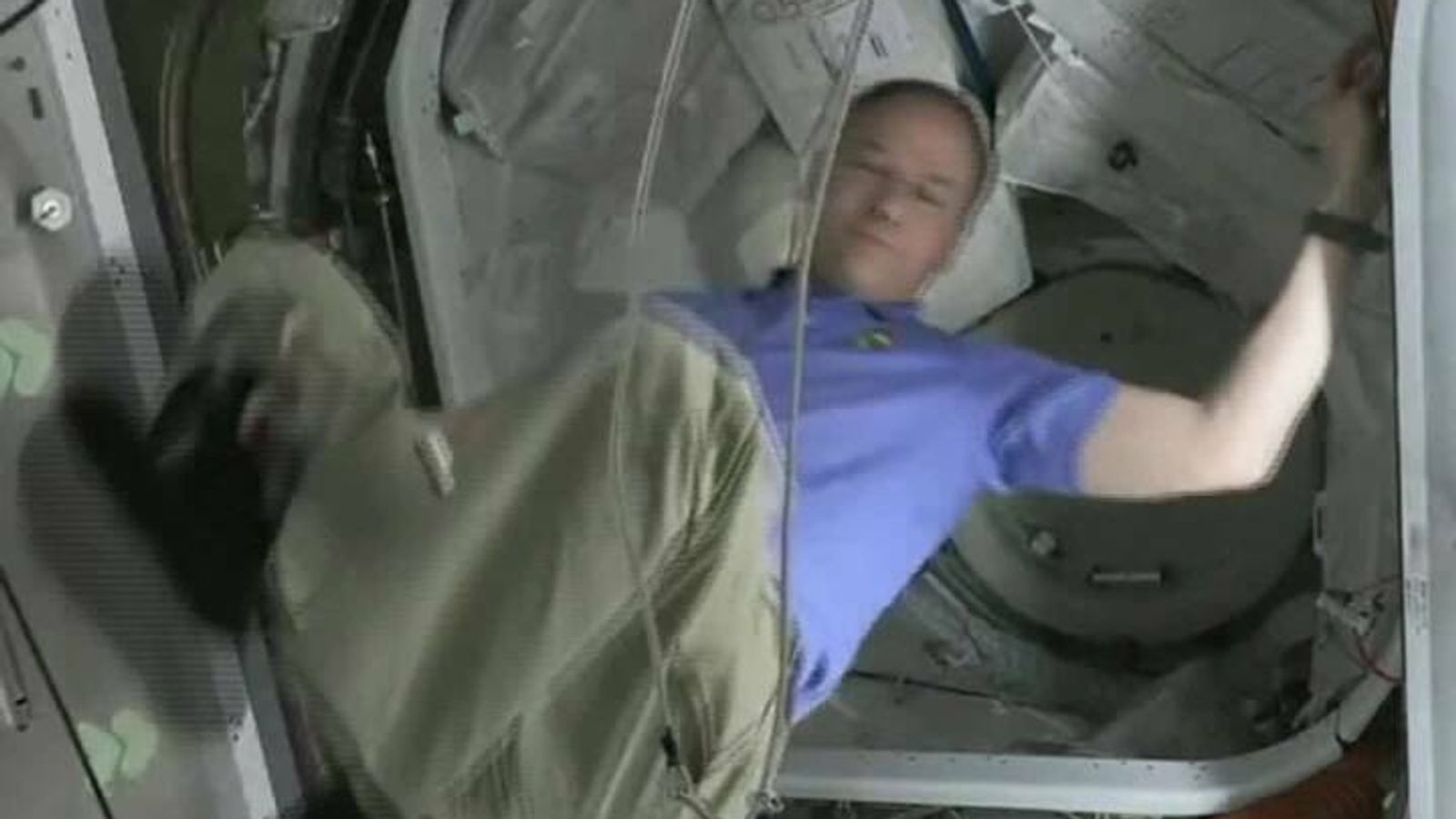 Three multimillionaire businessmen have docked and entered the International Space Station in what has been hailed as a milestone for commercial space exploration.

Alongside a retired NASA astronaut, the men launched from Florida on Friday as part of a private SpaceX launch.

The four men were welcomed onboard the ISS on Saturday by the crew there as NASA joins Russia in hosting guests at the world's most expensive tourist destination. 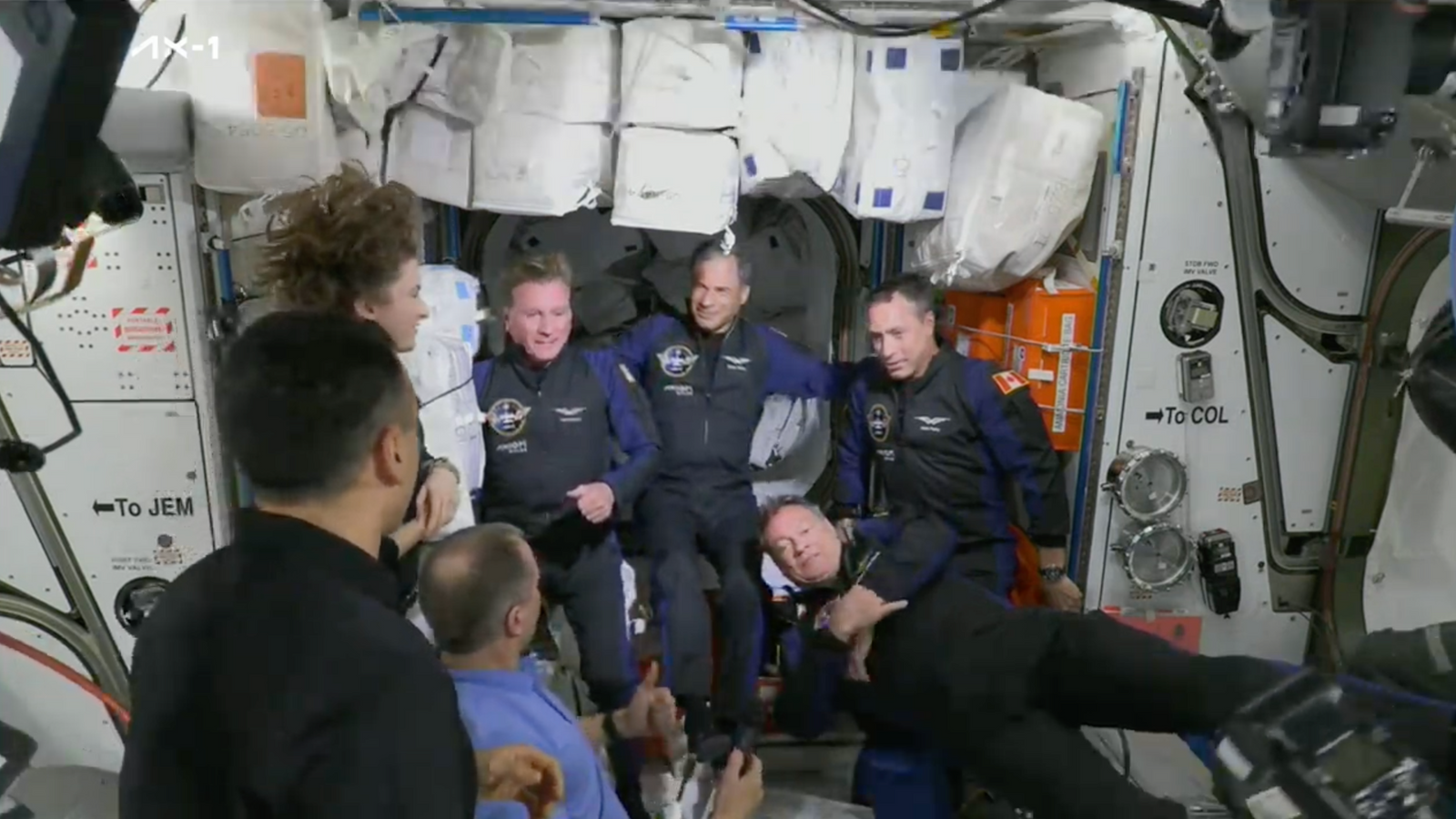 The four astronauts were welcomed aboard the ISS on Saturday

The American, Canadian and Israeli businessmen each paid $55m (£42m) for the rocket ride and accommodation.

The launch, codenamed Ax-1, was commissioned by Axiom Space, a US space infrastructure developer.

Michael López-Alegría, the former NASA astronaut who escorted the men, is the company's vice president of business development.

The launch was the sixth human spaceflight conducted by SpaceX and the first private launch that it has docked with the ISS. 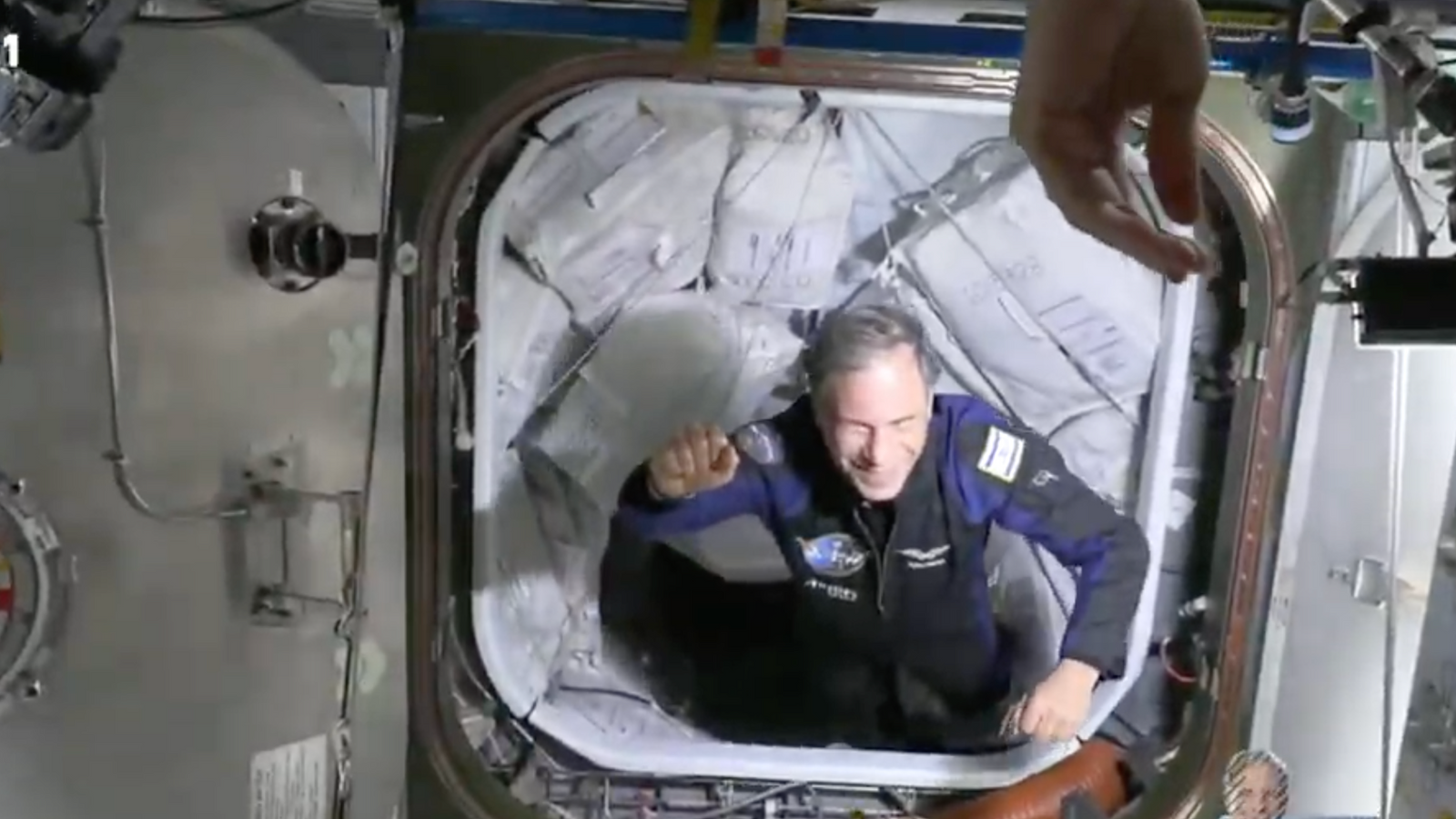 The four men say they are not tourists as they will be conducting commercial scientific research while on board, including on "self-assembling technology for satellites and future space habitats, cancer stem cell study, and air purification". 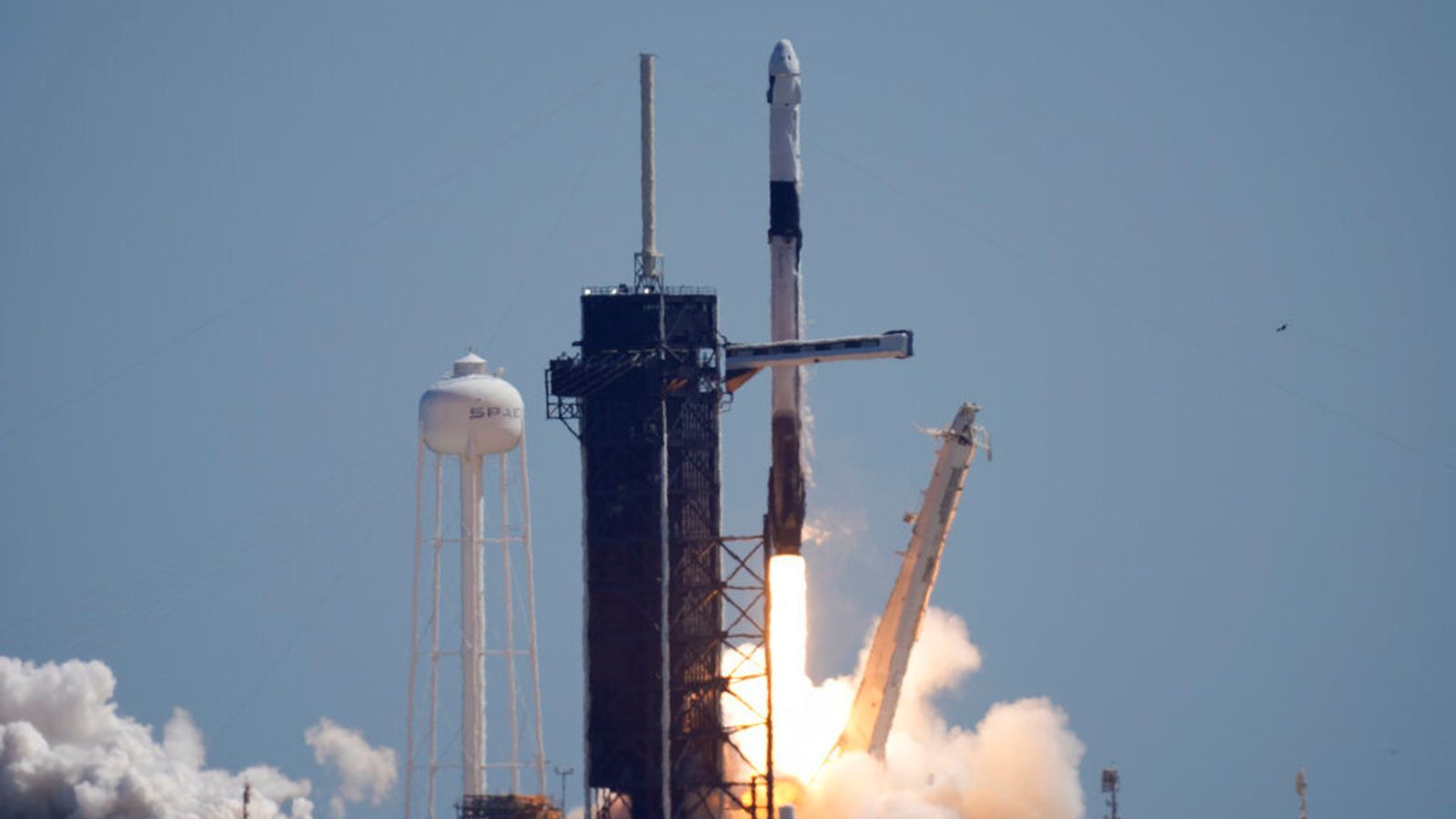 Axiom describes the mission as its first step towards building a commercial space station, which NASA expects to take off over the next few years, ultimately leading to pulling the ISS out of the sky.

The US response to the Russian war in Ukraine has led to the head of Roscosmos pledging to no longer collaborate on the international project. 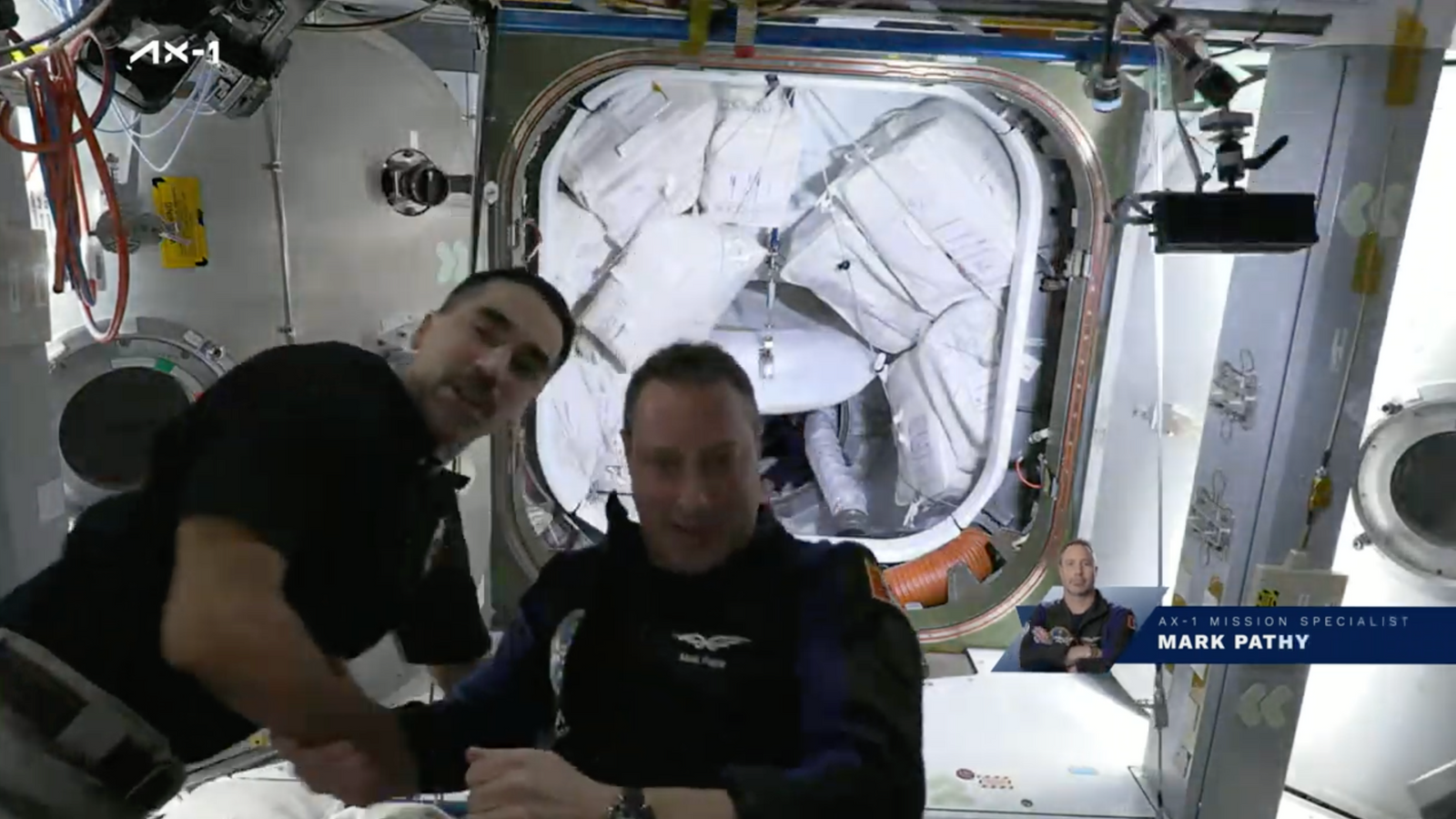 NASA's plans, which pre-date the invasion and sanctions, could mean the ISS is taken out of orbit in January 2031 and crashed into a "spacecraft cemetery" in the most remote part of the Earth's surface. 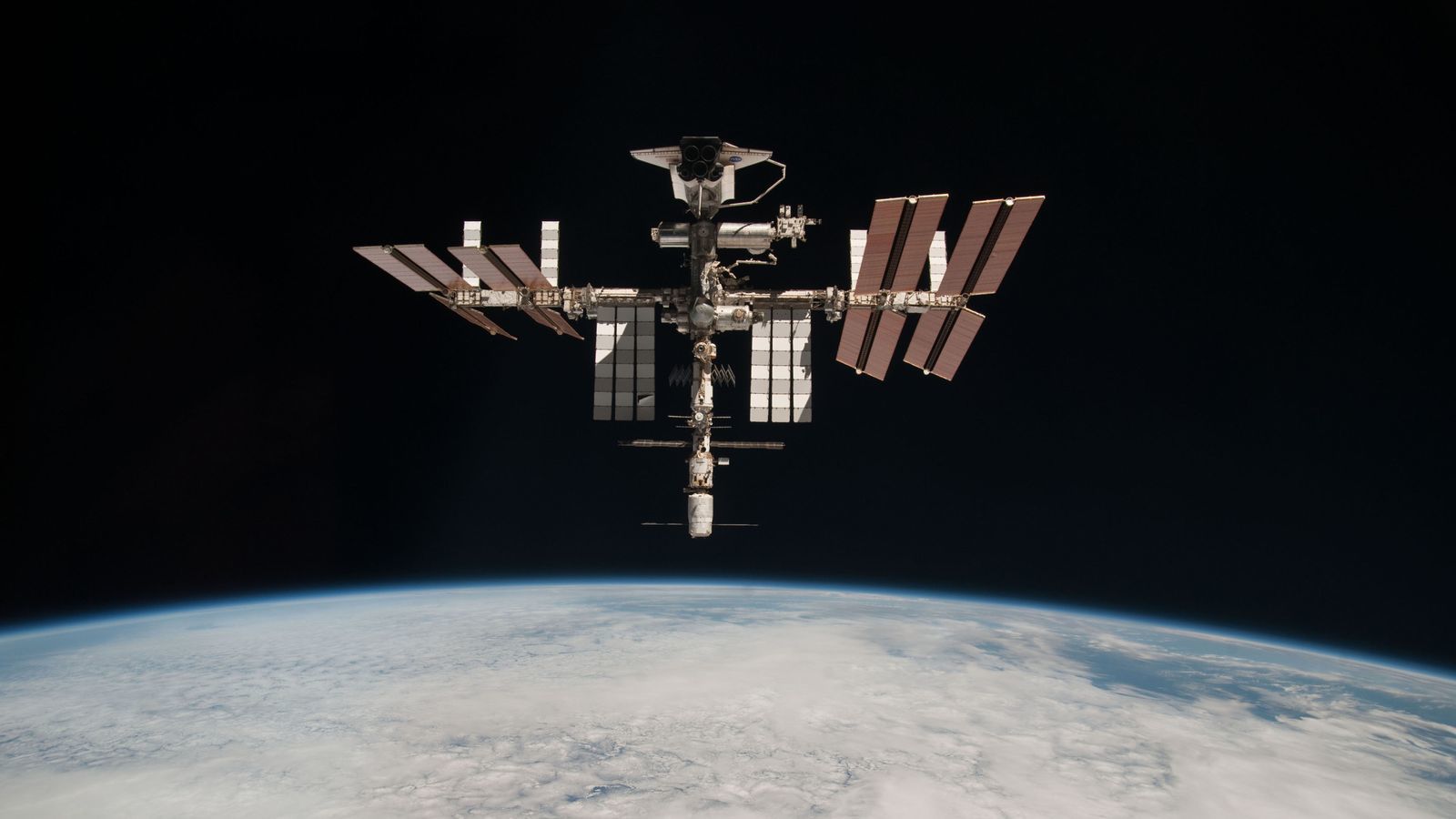 The four astronauts who arrived on Saturday will have access to the entire ISS - excluding the Russian section - and will live alongside three Americans and a German. 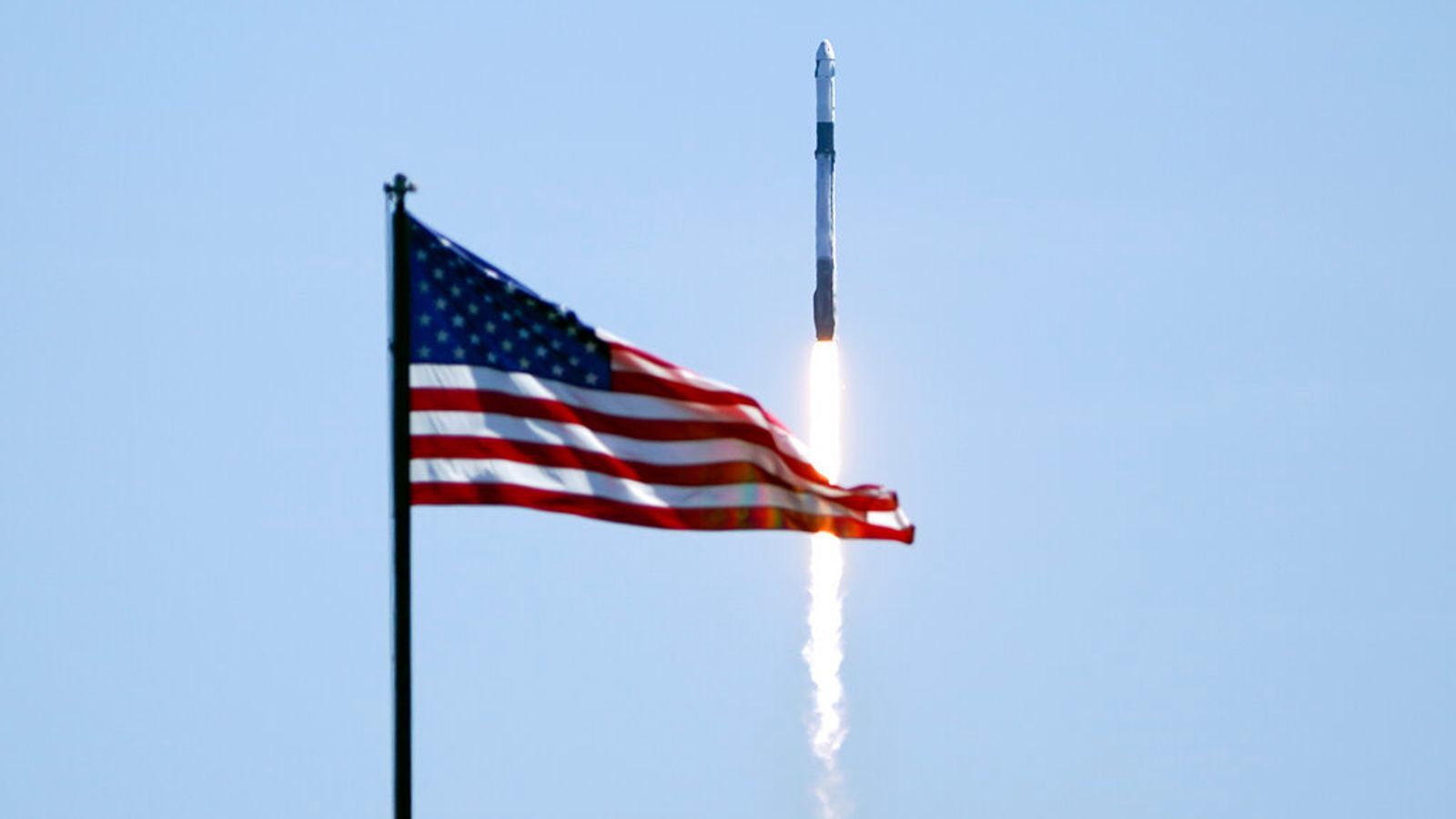 Russia has been hosting visitors at the space station for decades, and before that at the Mir station.

Last autumn, a Russian movie crew was flown up, followed by a Japanese fashion tycoon and his assistant.

Now, after years of opposing space station tourists, NASA is finally getting on board. 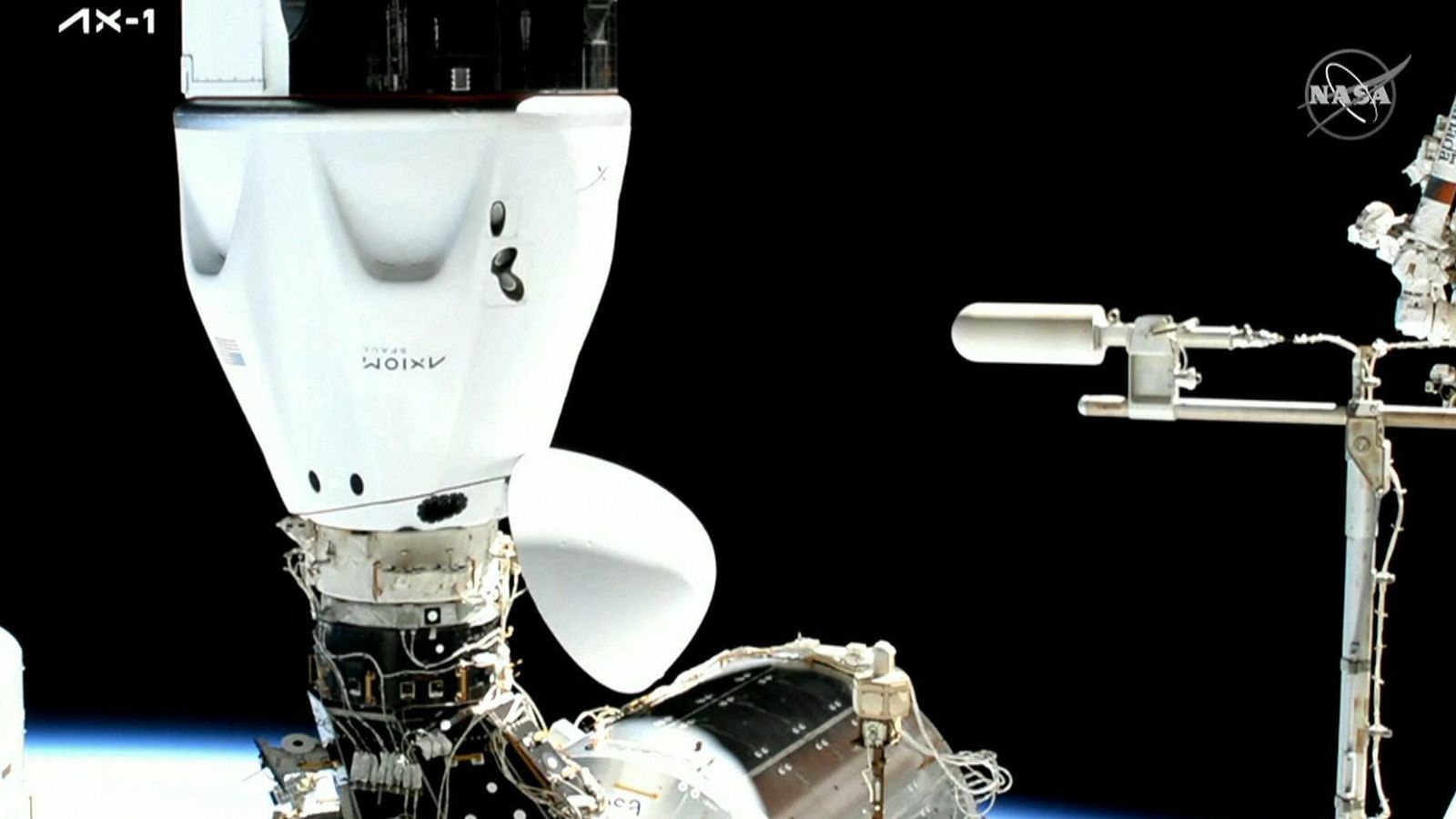 Mr Lopez-Alegria said he plans to avoid talking about politics and the crisis in Ukraine while he's at the space station.

"I honestly think that it won't be awkward. I mean maybe a tiny bit," he said, adding that he expects the "spirit of collaboration will shine through". 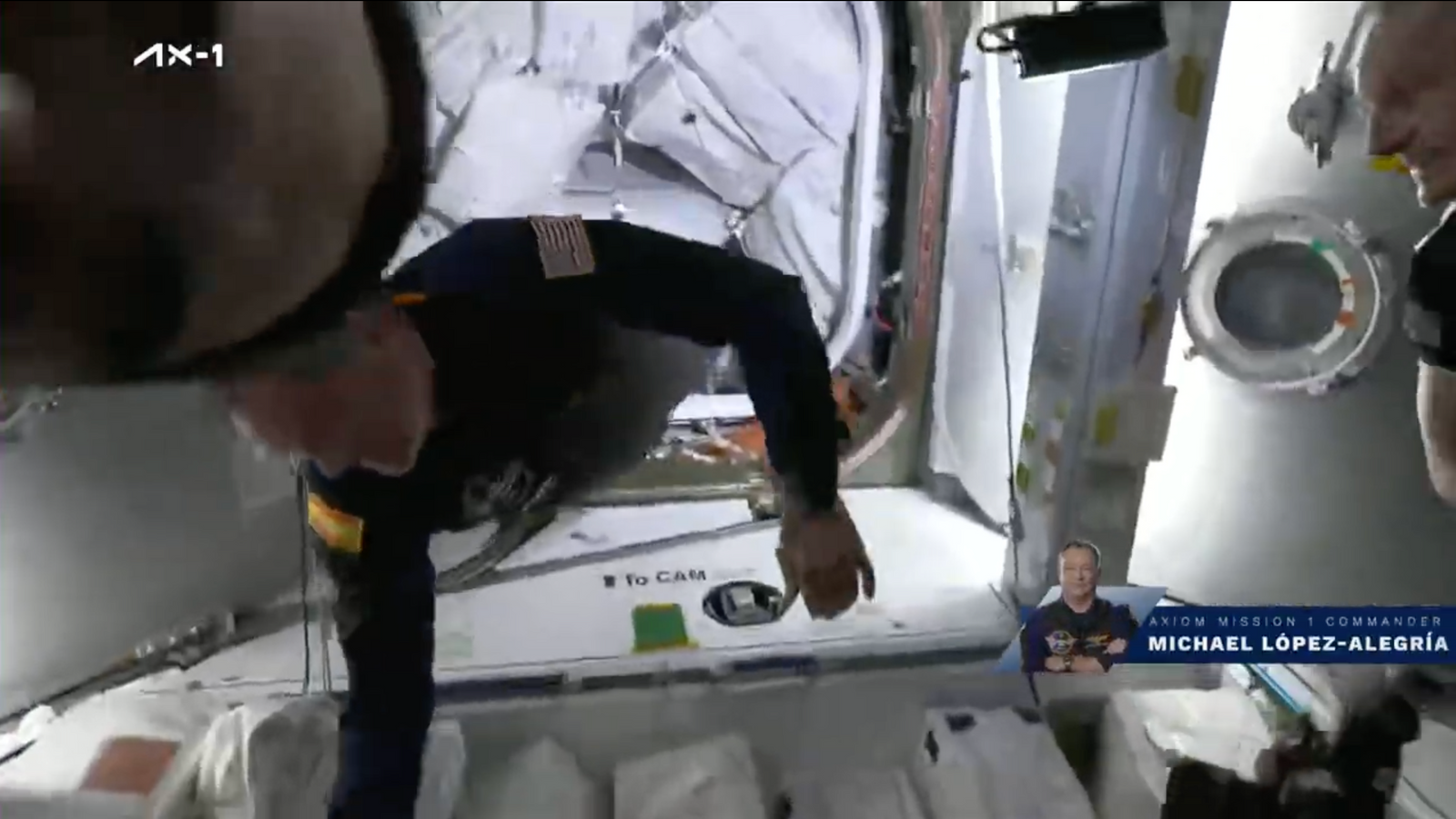 Mr Stibbe expressed his excitement ahead of the launch, doing a little dance when he arrived at the rocket at Kennedy Space Center.

The businessmen are the latest people to take advantage of the opening of space to those who can afford it. 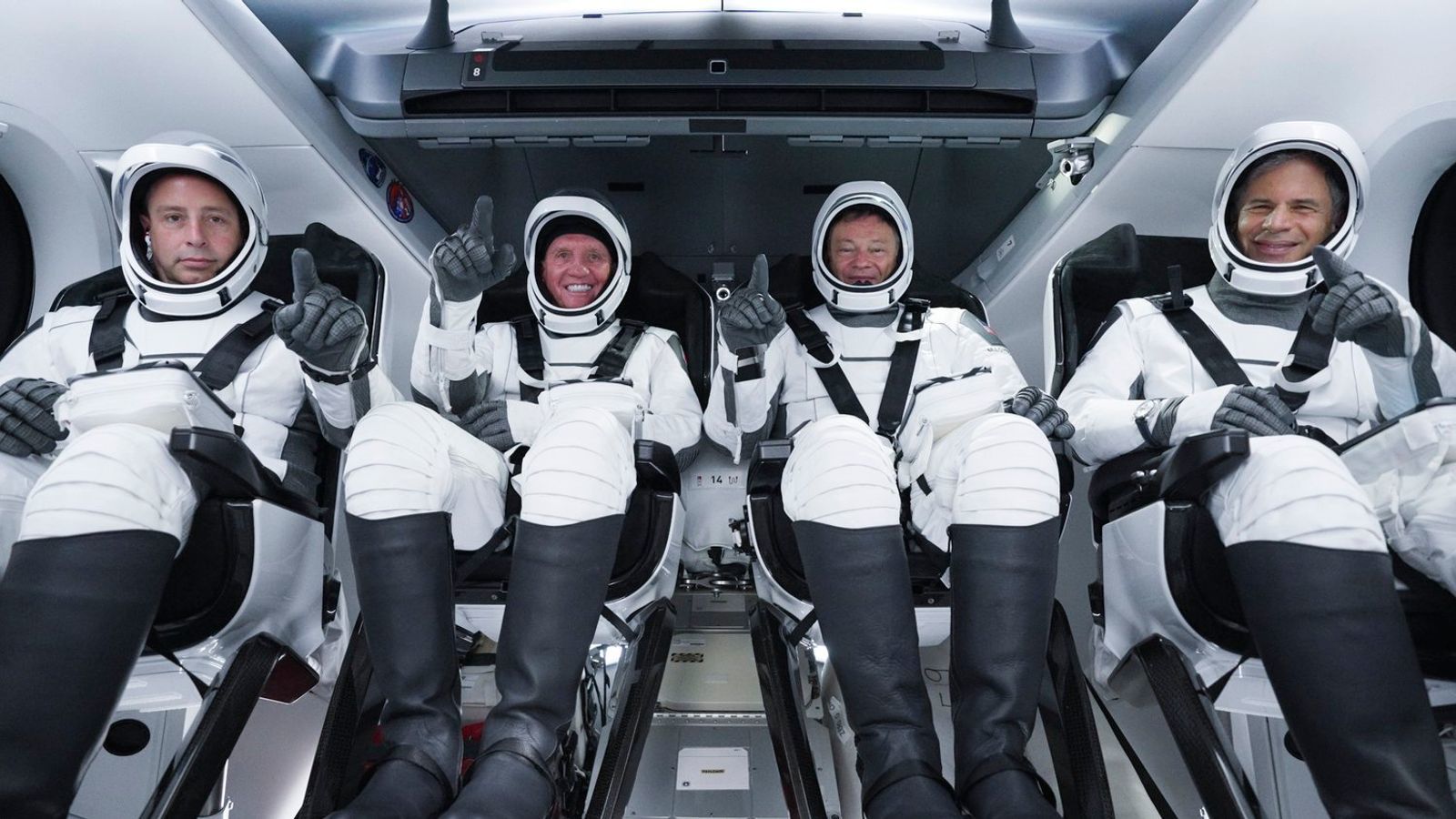 Amazon boss Jeff Bezos' rocket company Blue Origin is taking customers on 10-minute rides to the edge of space, while Virgin Galactic is expecting to start flying customers on its rocket ship later this year.

Mr Lopez-Alegria, who spent seven months at the space station 15 years ago, said SpaceX and NASA have been upfront with the passengers about the risks of spaceflight.

"There's no fuzz, I think, on what the dangers are or what the bad days could look like," he told Associated Press before the flight. 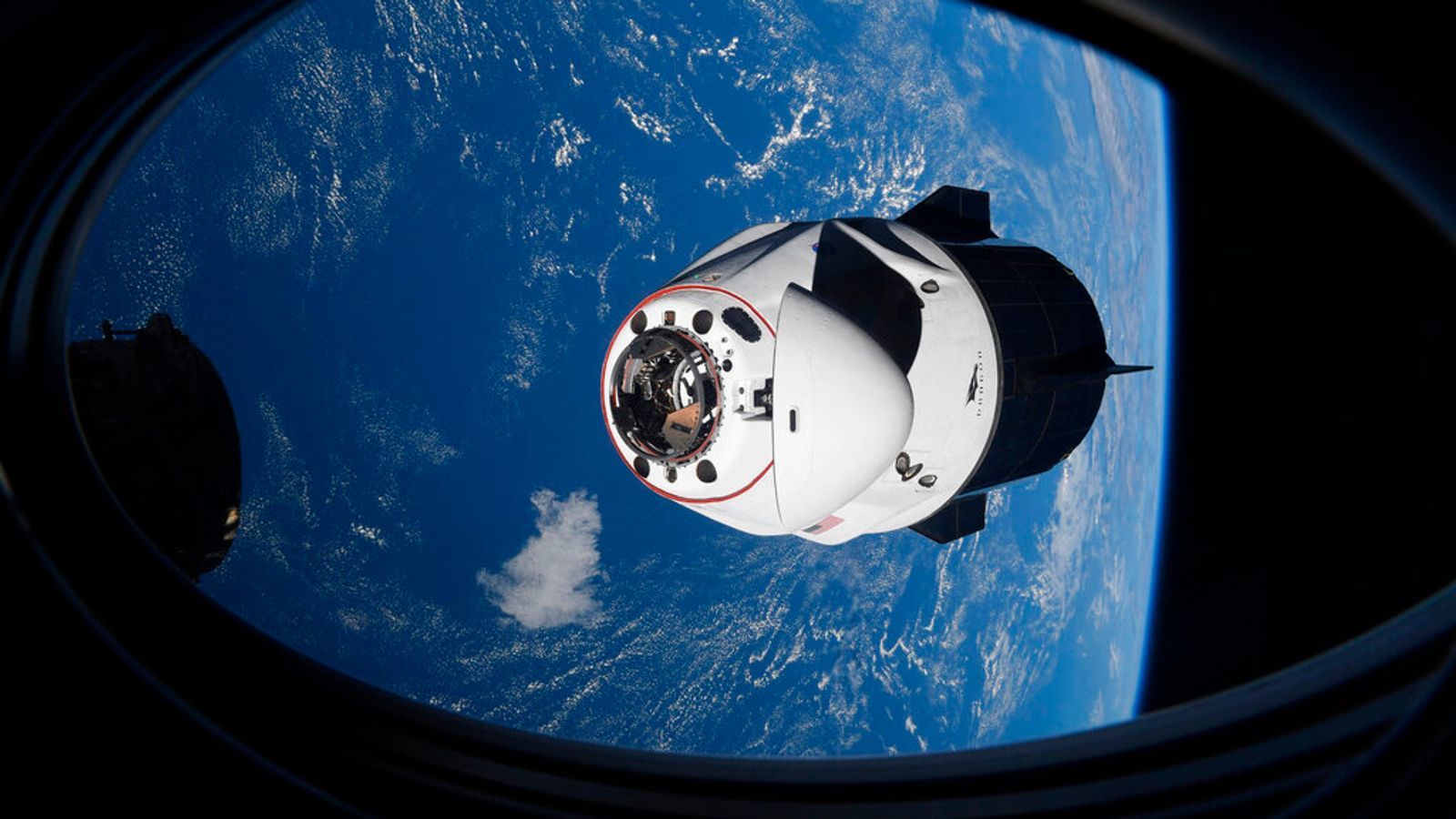 The mission is the sixth manned spaceflight for SpaceX

Every visitor has a full state of experiments to conduct during their stay - which is partly why they don't like being called space tourists.

"They're not up there to paste their nose on the window," Michael Suffredini, Axiom's co-founder and president, said.

Friday's launch is the second private charter for Elon Musk's SpaceX, which took a billionaire and his guests on a three-day orbit ride last year.

Axiom is targeting next year for its second private flight to the space station. It says a participant in a future launch will be chosen through a reality television show.

More customer trips will follow, with Axiom adding its own rooms to the orbiting complex beginning in 2024.

The automated SpaceX capsule is due back with the four on 19 April.