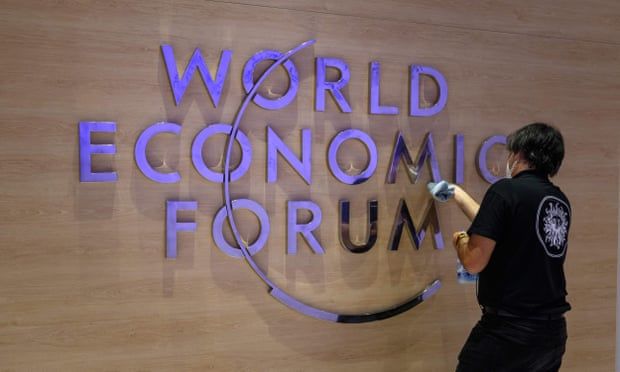 A group of millionaires have joined protests against the World Economic Forum gathering of the business and political elite in Davos, Switzerland, demanding that governments “tax us now” to tackle the burgeoning gulf between rich and poor.

The unlikely protesters, who describe themselves as “patriotic millionaires”, called on world leaders attending the annual conference on Sunday to immediately introduce fresh taxes on the wealthy in order to tackle the “cost of living scandal playing out in multiple nations around the world”.

The charity Oxfam recently said rising inequality could push as many as 263 million more people into extreme poverty in 2022, reversing decades of progress.

Phil White, a former business consultant and member of Patriotic Millionaires UK, said: “While the rest of the world is collapsing under the weight of an economic crisis, billionaires and world leaders meet in this private compound to discuss turning points in history.

“It’s outrageous that our political leaders listen to those who have the most, know the least about the economic impact of this crisis, and many of whom pay infamously little in taxes. The only credible outcome from this conference is to tax the richest and tax us now. Tax the delegates attending Davos 2022.”

The protest comes as it was revealed that there were now a record 177 billionaires in the UK, with a combined fortune of £653bn.

At the same time more than 250,000 UK households are predicted to slide into destitution next year because of soaring food and energy bills. That would take the total number in extreme poverty to about 1.2 million, unless the government acts to help the poorest families hit by the huge rise in energy prices, according to the National Institute for Economic and Social Research (NIESR). 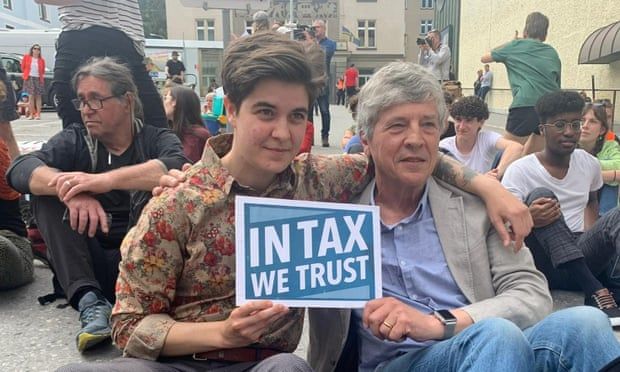 Marlene Engelhorn, who co-founded the #taxmenow initiative, at a protest.

Marlene Engelhorn, another “patriotic millionaire” at the protest, said the only solution to “gross inequality” was to demand that governments “tax me, tax the rich”.

Engelhorn, an heir to the founders of the BASF chemical company, who co-founded the #taxmenow initiative, said: “As someone who has enjoyed the benefits of wealth my whole life, I know how skewed our economy is and I cannot continue to sit back and wait for someone, somewhere, to do something. I feel there is no option left for us other than to take action.

“Our governments continue to do nothing to address gross inequality and instead meet behind closed doors in this spectacle of private wealth. We have hit the end of the line when another quarter of a billion people will be pushed into extreme poverty this year. It’s time to rebalance the world. It’s time to tax the rich.”

The theme of this year’s WEF meeting in Davos – the first-in-person gathering in more than two years, because of the pandemic – is “working together, restoring trust”.

Djaffar Shalchi, a Danish multimillionaire engineer and property developer, said: “You don’t win people’s trust by holding events like Davos, where the world’s rich and powerful meet behind layers of security. The most significant thing Davos participants could do to actually win people’s trust is to acknowledge that the wealth and privilege they represent and protect, is incompatible with a world where everyone can live full and prosperous lives.”