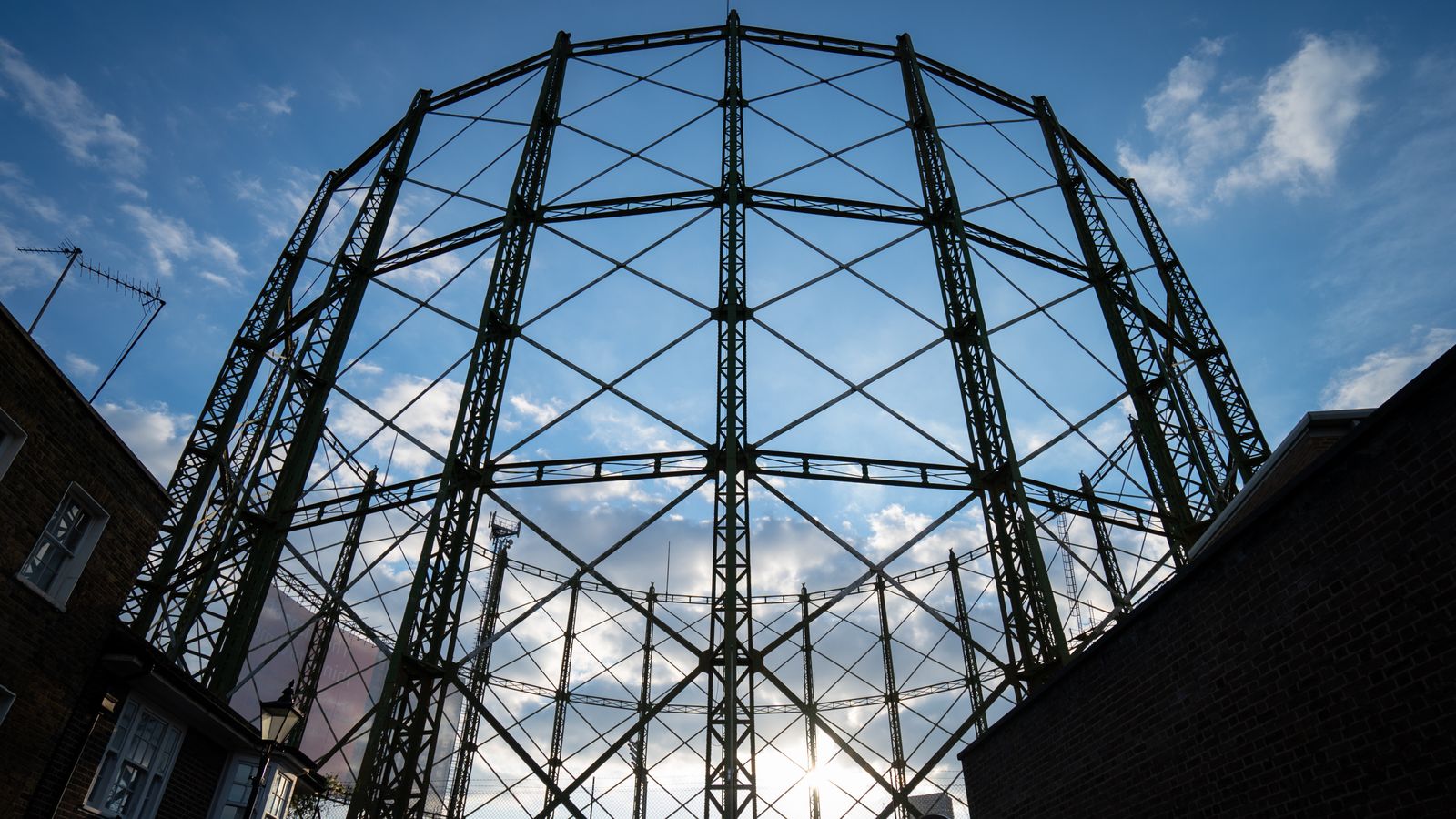 The government is preparing for the "worst-case scenario" of gas costs continuing to stay high beyond a "short spike", a minister has told Sky News, as Labour said the government has been "far too complacent" about the crisis.

Asked what the worst-case scenario was for a rise in the level of the cap, the business minister replied: "This is all part of the conversations that Ofgem will set that cap at, because supply prices are based on a number of factors.

Pushed on what a worst-case scenario could entail, Mr Scully said: "That it goes on for longer than a short spike. I can't give you a figure now."

Bulb has scrapped its popular refer a friend scheme, while Ovo has changed its website to remove a function that allowed customers to "get an energy quote in under two minutes".

He told MPs: "We are seven days from the cut to Universal Credit. This is the last time a government minister will be in the House to explain to millions of families why it is plunging them further into fuel poverty.

"Instead of warm words or platitudes, can he now tell the British people how he can possibly justify this attack on their living standards?"

Responding to Labour's urgent question in the Commons, Business Secretary Kwasi Kwarteng said: "The solution to this crisis will be found from the industry and the market, as is already happening, and the government - I repeat - will not be bailing out failed energy companies."

Mr Scully's comments are in contrast to remarks from Boris Johnson to Sky News earlier this week.

There are fears that more could follow, with Bulb and Igloo reportedly on the brink of collapse.

The chief executive of Ofgem has warned that rising gas prices may not be temporary and more supplies could go out of business in the coming months.

Jonathan Brearley told MPs that "well above" hundreds of thousands of customers could be affected.

The energy price cap is set to rise from next Friday to £1,227, a record level.

Wholesale prices for gas have increased 250% since the start of the year, and there has been a 70% rise since August.

Consumers are protected from sudden price hikes by the price cap, but this puts pressure on suppliers as they cannot pass on the increase in wholesale gas prices to customers.

The rise has been put down to a number of factors, including a cold winter leaving stocks depleted, high demand for liquefied natural gas from Asia and a drop in supplies from Russia.

The energy crisis is having a knock-on effect in other areas, with rising gas prices affecting carbon dioxide production.

Ministers have struck a deal with American company CF Industries, which produces around 60% of the UK's CO2 supply, to provide "limited financial support" towards the firm's running costs for three weeks to help it restart production.

The closure of its two sites last week had prompted fears that shoppers could start noticing shortages in poultry, pork and bakery products within days.

CO2 is injected into the packaging of perishable foods such as meat and salads to inhibit the growth of bacteria, typically prolonging the shelf life of products such as beef steak by around five days.

The gas is also used to stun animals prior to slaughter, and is deployed as a coolant for medicines and vaccines in the NHS, and likewise in nuclear programmes.

Teesside-based company Ensus' biofuels plant has the potential to supply around 40% of the UK's demand for CO2 but it has been on an annual shutdown as part of routine maintenance.

Grant Pearson said the shutdown had been planned six months ago and the switch-on next week remains on schedule.

Speaking to Sky News, Iceland's managing director said the UK has to become less reliant on gas by using a "broader energy mix" to prevent shortages.

Richard Walker said: "I think we've now got to think longer-term. This loan is only three weeks: what happens after that, or what happens the next time the gas prices spike?"