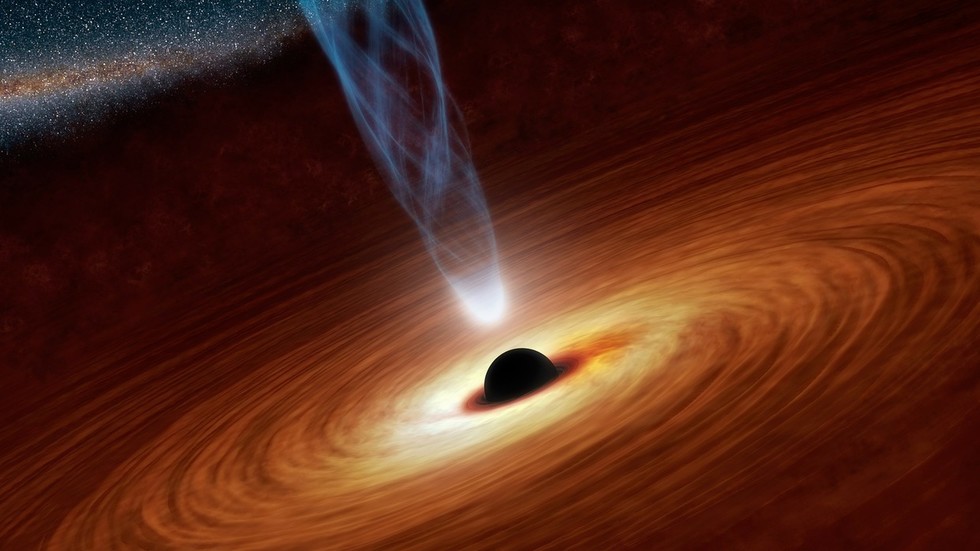 The newly discovered ‘supermassive’ black hole is ‘among the smallest’ of its kind, but could answer some big questions

Astronomers have found a “supermassive” black hole containing around 200,000 times the mass of the Sun. This “monster” buried in the dust and gas of a dwarf galaxy could add to knowledge about the size and origin of black holes.

The discovery, presented at a virtual meeting of the American Astronomical Society on Monday, marks one of the first instances where scientists were able to observe an “obscured” black hole harbored in a galaxy that has just several hundred million stars. This particular dwarf galaxy is named Mrk 462.

The X-ray signature of a ‘feeding’ black hole was only identified in Mrk 462. The “unusually large intensity” of its high-energy radiation and other factors suggested that this particular black hole was “heavily obscured” by gas and clouds of dust.

“Because buried black holes are even harder to detect than exposed ones, finding this example might mean there are a lot more dwarf galaxies out there with similar black holes,” co-lead researcher Ryan Hickox said in a NASA statement.

"This is important because it could help address a major question in astrophysics: How did black holes get so big so early in the universe?"

The researchers noted that other such obscured black holes may be “missing” from previous surveys, which could point to a much larger population of massive black holes in dwarf galaxies. Researcher Jack Parker said these “monster black holes” are “notoriously hard to find” – adding that the one in Mrk 462 is “among the smallest” of its kind.

“We can’t make strong conclusions from one example, but this result should encourage much more extensive searches for buried black holes in dwarf galaxies,” Parker said.