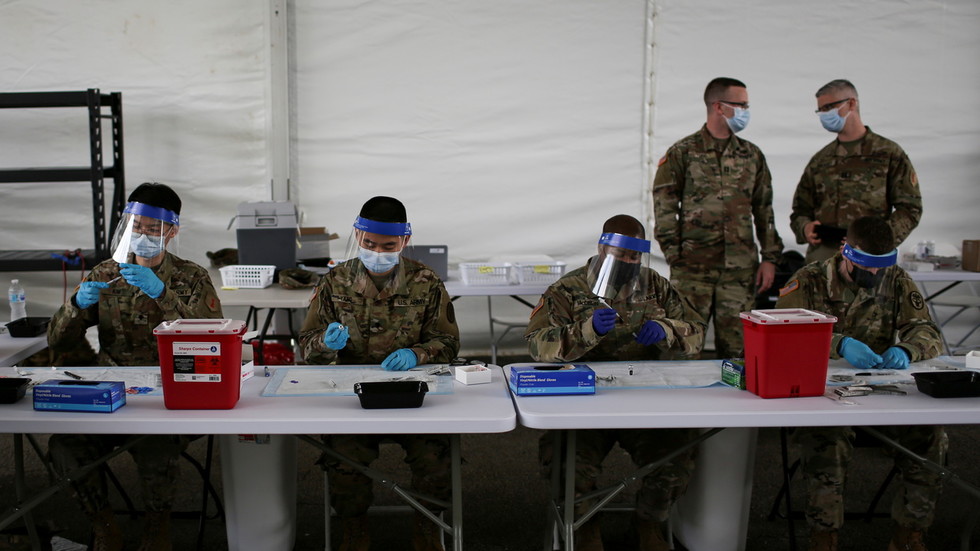 More US Marines kicked out for refusing vaccine

The US Marine Corps has discharged an additional 66 marines in the past week for refusing to comply with the military’s Covid-19 vaccine mandate, taking the total number to 169.
In a statement seen by the Associated Press, the US Marine Corps reiterated the need for troops to be vaccinated against Covid-19. “The speed with which the disease transmits among individuals has increased risk to our Marines and the Marine Corps’ mission,” the statement said.

The special forces group stated that the percentage of troops at least partially vaccinated remained at 95%, the same as the previous week, as it announced that a further 66 marines had been discharged.

The 66 discharges means that a total of 169 marines have now been kicked out of the service for refusing to adhere to the vaccine mandate.

The Marine Corps has discharged more troops than any other US military service after the Pentagon mandated that all service members, including National Guards and Reserves, be vaccinated against the coronavirus.

As of Thursday, the Marine Corps had rejected 96% of requests for vaccine exemption, including those on religious grounds.The Army, Navy and Air Force all have vaccination rates of around 98%, making the Marine Corps the least-inoculated service group.

The US has seen infections skyrocket following the emergence of the far more contagious Omicron variant. President Joe Biden has warned of a winter of “severe illness and death” for the unvaccinated.
#Coronavirus  #Joe Biden  #COVID-19  #vaccine  #Covid