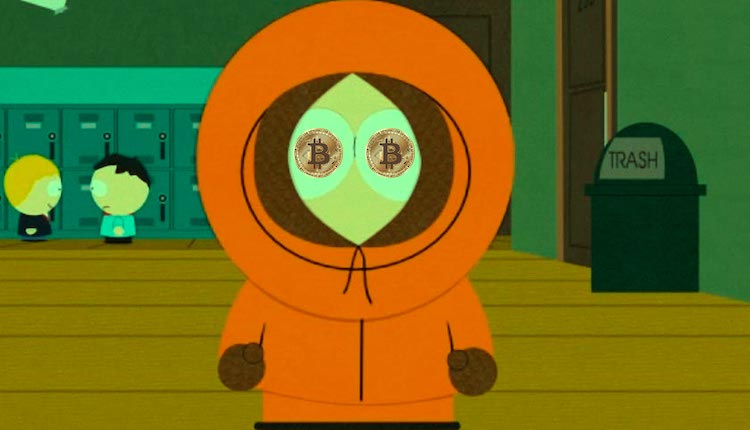 Morgan Stanley Executive: 'Bitcoin Is Like Kenny From South Park'

Bitcoin is like Kenny from South Park, who dies every episode but comes back again in the next one, says Morgan Stanley executive, Dennis Lynch.

According to Dennis Lynch, the Head of Counterpoint Global at Morgan Stanley Investment Management, bitcoin has the ability to gain in times of economic disruption and he referred to the asset as “anti-fragile.”

In a recent conference, the Morgan Stanley executive, Dennis Lynch, revealed his positive views on the largest crypto asset, bitcoin. He sees it as “anti-fragile,” meaning that it could resist market disorders and even prosper when other assets would collapse. Lynch made an interesting comparison between the leading cryptocurrency and one of the main characters in the award-winning animated series “South Park:”

“I like to say that bitcoin is kind of like Kenny from South Park, you know, the guy dies every episode and he’s back again.”

Lynch shared that he owns bitcoin, and he believes that the asset represents a global trend that society follows, making it one of the factors when looking for innovation:

“Owing a little bit of something where things can go right, but also knowing that there are some things that go can go wrong is not unreasonable when you have a world that has such disruption occurring, and where these upside scenarios wind up being so large.”

He does see some risks in crypto, as governments stand is not clear on the asset class. Should governments not ban crypto, having bitcoin exposure could only bring profits to hodlers in the near future, he points out.

The primary cryptocurrency has been announced “dead” more than 400 times already. Despite its price crashes throughout the years, it has always managed to overcome the difficulties, and now, 12 years after its creation, it stands as an asset with a market cap of almost $1 trillion.

The swinging opinion from mainstream media is a valid example. Back in 2018, some of the most common headlines were: “Bitcoin is dead,” “It’s the end for Bitcoin,” “Bitcoin is a bubble,” or “Bitcoin is a Ponzi scheme.” It is worth noting that the asset’s USD value had crashed heavily, and not many people expected it to recover. But it did.

The cryptocurrency not only got back on its feet but continued towards unseen peaks just a few years later. Its merits grabbed the attention of many giant corporations and billionaire investors who started diversifying their portfolios with BTC.