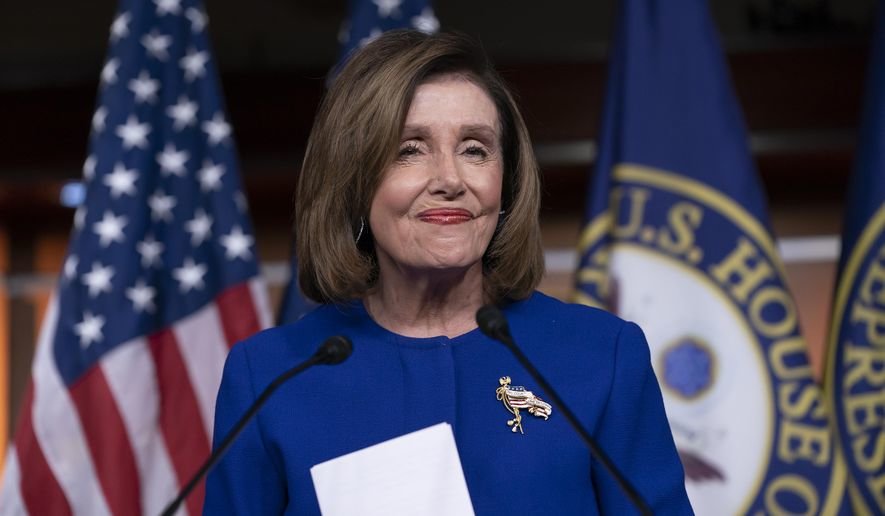 Nancy pelosi lost. The Circus is over: Trump cleared on impeachment charges

Now that the Democrats finished their show-time they might get back and also do some work for the benefit of the public, and respect the democratic-elected president and let him also focus on doing his job.
President Trump will obviously remain in office after the Senate -also obviously- voted to clear him of the charges that have dogged his presidency for months.

The US Senate has voted to acquit President Donald Trump of both impeachment charges he faced. Trump will not be removed from office.

The Senate voted Wednesday afternoon across mostly party lines to dismiss the impeachment articles of abuse of power and obstruction of Congress.

Trump's defense team and allies had repeatedly argued that the impeachment and removal trial were not bipartisan, seeking to delegitimize the proceedings. Following the vote, Trump's lawyer Jay Sekulow said he had "no reaction" to Romney's vote to remove the president. Asked about the bipartisan nature of conviction, he repeatedly said, “it was one vote on one count.”

White House press secretary Stephanie Grisham took a similar line, saying in a statement, "only the President’s political opponents – all Democrats, and one failed Republican presidential candidate – voted for the manufactured impeachment articles."

Trump was impeached by the Democrat-controlled House of Representatives in December, over charges that he abused the powers of his office to withhold nearly $400 million in military aid from Ukraine in exchange for the country launching an investigation into the family of a political rival, former vice president Joe Biden. The administration stonewalled the House impeachment inquiry, leading to a second charge of obstruction of Congress.

Republicans rejected the charges against Trump as a politically-motivated attempt to overturn the results of the last election.

Trump's initial response to the vote was to tweet a video of a fake Time magazine cover suggesting he will be president forever. He later tweeted that he will speak at 12 p.m. Thursday from the White House "to discuss our Country’s VICTORY on the Impeachment Hoax!" Trump's campaign meanwhile crowed that the president had been "totally vindicated" and said that the campaign had "only got bigger and stronger as a result of this nonsense."

What a waste of time, public money and disturbances just to create a fake-drama for a trial that had since the beginning very clear end-results.

The American tax-payers paid too much money for this poor drama.
#Donald Trump  #Joe Biden