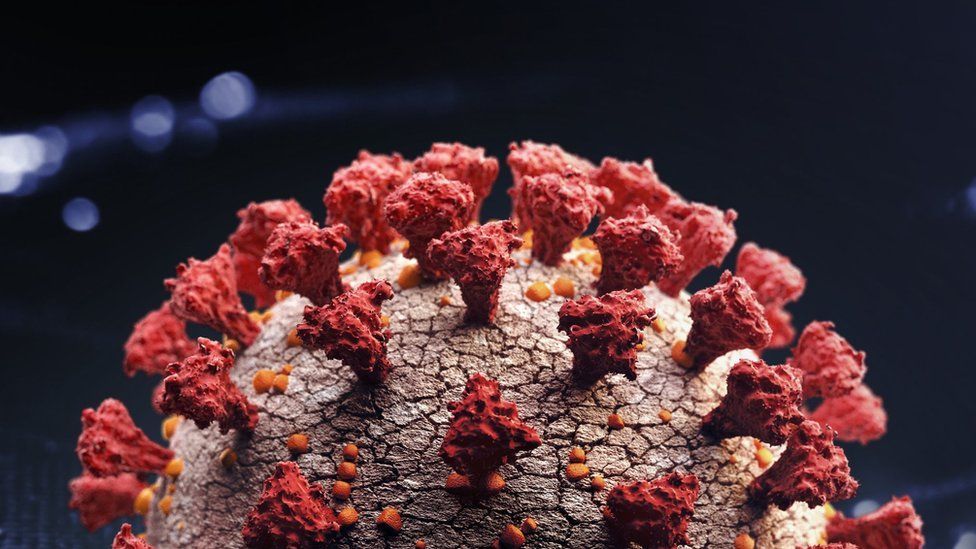 New Covid variant: How worried should we be?

We're back in familiar territory - growing concern about a new variant of coronavirus.

The latest is the most heavily mutated version discovered so far - and it has such a long list of mutations that it was described by one scientist as "horrific", while another told me it was the worst variant they'd seen.

It is early days and the confirmed cases are still mostly concentrated in one province in South Africa, but there are hints it may have spread further.

Immediately there are questions around how quickly the new variant spreads, its ability to bypass some of the protection given by vaccines and what should be done about it.

There is a lot of speculation, but there are very few clear answers.

So, what do we know?

The variant has been named Omicron by the World Health Organization, following the pattern of Greek code-names like the Alpha and Delta variants.

It is also incredibly heavily mutated. Prof Tulio de Oliveira, the director of the Centre for Epidemic Response and Innovation in South Africa, said there was an "unusual constellation of mutations" and that it was "very different" to other variants that have circulated.

"This variant did surprise us, it has a big jump on evolution [and] many more mutations that we expected," he said.

In a media briefing Prof de Oliveira said there were 50 mutations overall and more than 30 on the spike protein, which is the target of most vaccines and the key the virus uses to unlock the doorway into our body's cells.

Zooming in even further to the receptor binding domain (that's the part of the virus that makes first contact with our body's cells), it has 10 mutations compared to just two for the Delta variant that swept the world.

This level of mutation has most likely come from a single patient who was unable to beat the virus.

A lot of mutation doesn't automatically mean: bad. It is important to know what those mutations are actually doing. 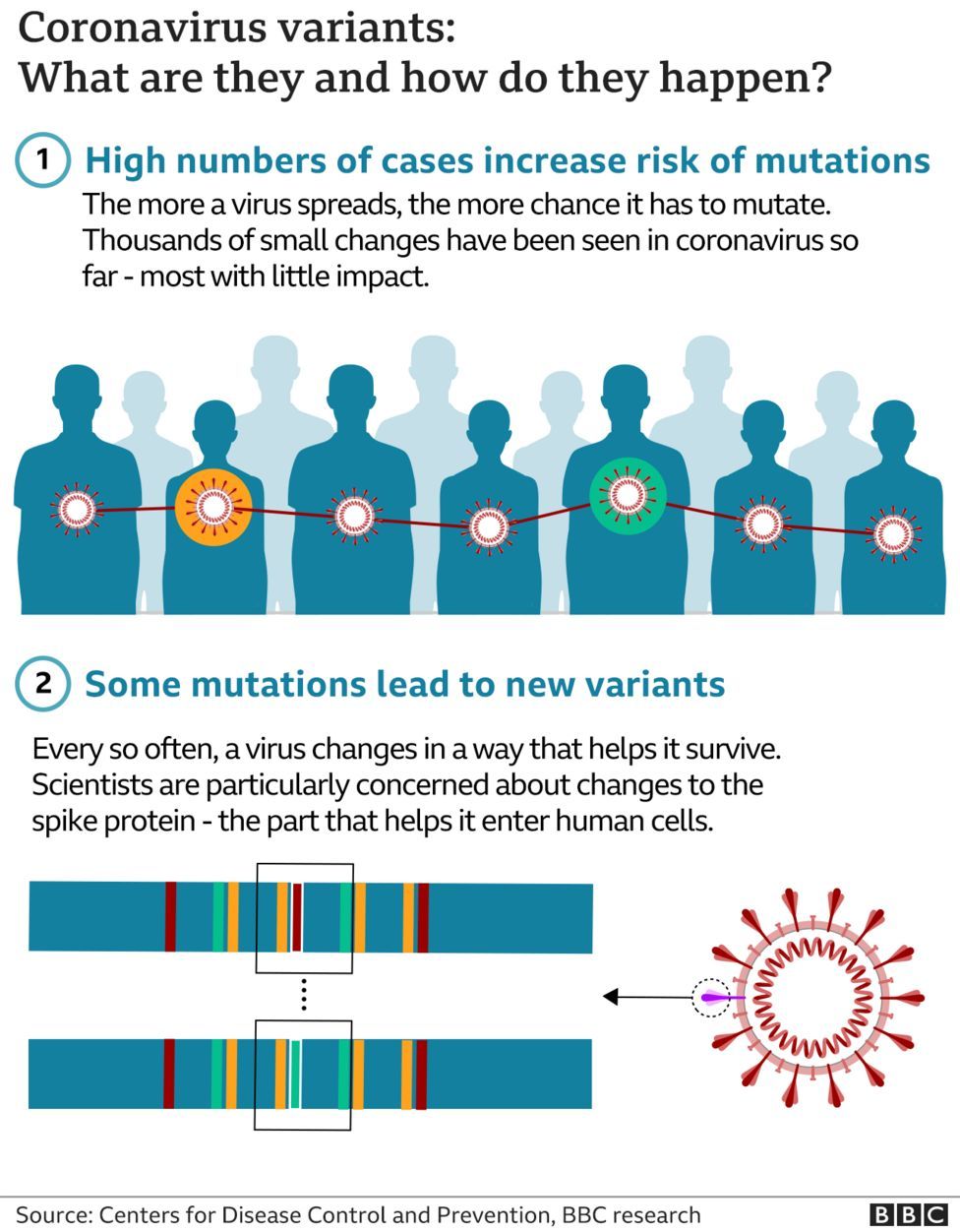 But the concern is this virus is now radically different to the original that emerged in Wuhan, China. That means vaccines, which were designed using the original strain, may not be as effective.

Some of the mutations have been seen before in other variants, which gives some insight into their likely role in this variant.

For example N501Y seems to make it easier for a coronavirus to spread. There are some in there that make it harder for antibodies to recognise the virus and might make vaccines less effective, but there are others that are completely new.

Prof Richard Lessells, from the University of KwaZulu-Natal in South Africa, said: "They give us concern this virus might have enhanced transmissibility, enhanced ability to spread from person to person, but might also be able to get around parts of the immune system."

There have been many examples of variants that have seemed scary on paper, but came to nothing. The Beta variant was at the top of people's concerns at the beginning of the year because it was the best at escaping the immune system. But in the end it was the faster-spreading Delta that took over the world.

Prof Ravi Gupta, from the University of Cambridge, said: "Beta was all immune escape and nothing else, Delta had infectivity and modest immune escape, this potentially has both to high degrees."

Scientific studies in the laboratory will give a clearer picture, but answers will come more quickly from monitoring the virus in the real world.

It is still early to draw clear conclusions, but there are already signs that are causing worry.

There have been 77 fully confirmed cases in Gauteng province in South Africa, four cases in Botswana and one in Hong Kong (which is directly linked to travel from South Africa). Israel and Belgium have also reported cases.

However, there are clues the variant has spread even more widely.

This variant seems to give quirky results (known as an S-gene dropout) in the standard tests and that can be used to track the variant without doing a full genetic analysis.

That suggests 90% of cases in Gauteng may already be this variant and it "may already be present in most provinces" in South Africa.

But this does not tell us whether it spreads faster than Delta, is any more severe or to what extent it can evade the immune protection that comes from vaccination.

It also does not tell us how well the variant will spread in countries with much higher vaccination rates than the 24% of South Africa that is fully vaccinated, although large numbers of people in the country have had Covid.

So for now we are left with a variant that raises significant concerns despite huge holes in our knowledge, and is one that needs to be watched closely and asks deep questions about what to do and when. The lesson of the pandemic is you can't always wait until you have all the answers.