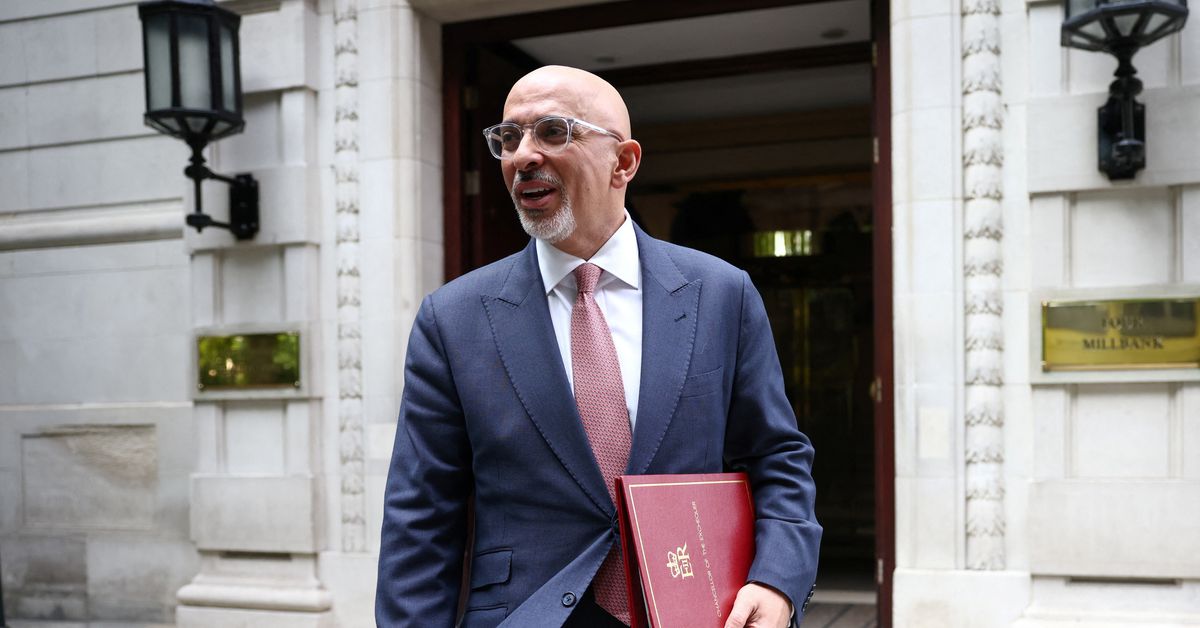 Zahawi's participation had been unclear, as he only took up his new role last week, and had been in the running to succeed Prime Minister Boris Johnson as Conservative Party leader until he was eliminated in a vote of lawmakers on Wednesday.

The financial sector is hoping Zahawi will use his speech to confirm that the government is going ahead with new financial services legislation, described by recently departed City minister John Glen as a post-Brexit "reset" of the sector to boost London's appeal to global investors.

The bill, long in the works, would free capital at insurers to invest in infrastructure, regulate stablecoins - a form of crypto-asset designed for day-to-day payments - and make it easier for smaller investors to participate in the stock market.

Banks are also keen to see if the government sticks with proposals to require regulators at the BoE and the Financial Conduct Authority to give greater weight to boosting the sector's international competitiveness.

The issue has proved divisive, stoking concerns of a return to "light touch" regulation which ended with banks being bailed out in the 2008 financial crisis. Lawmakers on the House of Commons' Treasury Committee and in the House of Lords have voiced doubts about the proposal.
#Boris Johnson  #Johnson