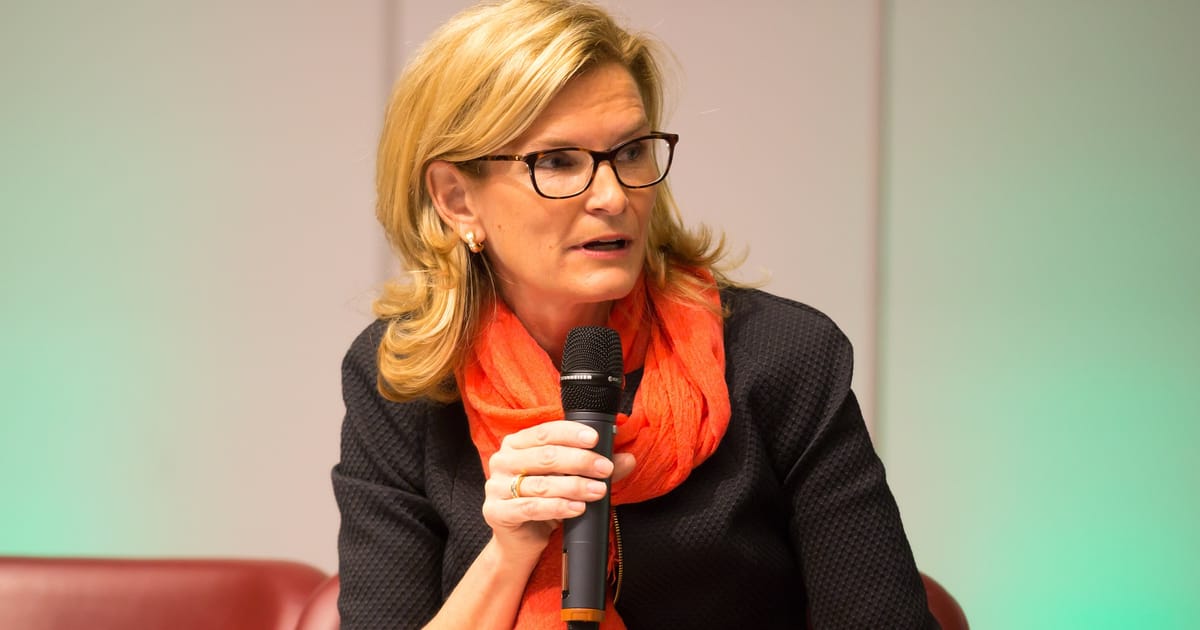 Doreen Bogdan-Martin calls connectivity ‘life-saving,’ as countries limit access in the face of dissent.
Governments shouldn't shut down the internet to quell protests, the newly elected head of the United Nations' telecoms agency suggested on Friday.

Asked about countries, including Iran, where governments restrict web access to limit political dissent and communications, the secretary-general of the International Telecommunication Union (ITU), the United States' Doreen Bogdan-Martin, stressed the internet's importance.

“I believe that all people should have access to connectivity: It's empowering; it can be life-saving,” she said in an interview with POLITICO.

The oldest U.N. agency, which sets global rules for the internet and telecoms infrastructure, has long been tasked with ensuring people can connect and communicate no matter where they are in the world.

But she added that her agency couldn't intervene: "The ITU does not have an enforcement mandate within countries."

Bogdan-Martin was elected Thursday by a sweeping majority of the international community, defeating Russia's candidate Rashid Ismailov. The election was seen as a positive sign for Western democracies' approach to a more open version of the internet.

Government-led international blackouts have been increasing around the world, underlining a global trend toward more digital authoritarianism. In 2021, there were 182 shutdowns in 34 countries, including Russia, Ethiopia, Pakistan, India and Myanmar, according to nonprofit Access Now.

The American secretary-general said she would spend the next four years focusing on digital skill-building and literacy, as well as making digital devices and connectivity more affordable.

Ramping up investment in network infrastructure will also be crucial for Bogdan-Martin. The ITU estimates that it will require $428 billion (€439 billion) to meet its goal of bringing the internet to the remaining 2.7 billion people worldwide who are still offline by 2030.

Beyond developing public-private partnerships, Bogdan-Martin said there was interest among ITU members in getting online platforms to pitch in financially.

“We're trying to find ways to bring the traditional operators together with the platform providers and governments and try to find ways to move the discussion forward,” she said.