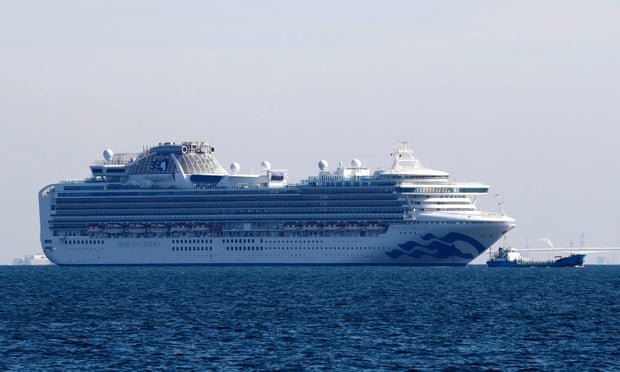 The death toll from coronavirus has passed 550, it was confirmed on Wednesday, as Chinese media reported that a baby had been diagnosed with the virus just 30 hours after birth, the youngest case recorded so far. The disease claimed 73 more victims on Wednesday, taking the number of casualties so far to 563.

More than 28,000 people have now been infected globally, including the baby born in Wuhan, the centre of the outbreak. The baby’s mother had tested positive for the virus before she gave birth, according to the Chinese state broadcaster CCTV.

Facing growing pressure from striking health workers, Hong Kong’s leader, Carrie Lam, has stepped up measures to prevent the spread of the virus. From Saturday, all people entering from the mainland, including Hong Kong residents, will be required to undergo 14 days of quarantine, she said. Thousands of doctors and nurses have gone on strike demanding that the border with the mainland be completely shut.

On Wednesday, it was confirmed that 10 people on board a cruise ship in Japan had also tested positive, prompting authorities to instruct all passengers to remain inside their cabins. Thousands of people on the Diamond Princess face spending the next fortnight stuck off the Japanese port of Yokohama, as officials attempt to prevent further infection.

The ship had been prevented from sailing on Monday after an 80-year-old passenger who had travelled on the vessel late last month was found to have the virus after he arrived home in Hong Kong.

Of a further 273 people on board who have since been tested, 31 results had come back and of those 10 were positive, Japan’s health minister, Katsunobu Kato, said on Wednesday. It is not clear whether more tests would be carried out. None of the 10 infected people – three each from Japan and Hong Kong, two Australians, one American and one Filipino crew member – had severe symptoms, public broadcaster NHK said.

Separately, health checks began on 1,800 passengers and crew on a second cruise ship docked in Hong Kong, after 30 staff members reported symptoms including fever, according to Reuters.

Three people from mainland China on the ship between 19 and 24 January had been found to have contracted the virus. No passengers have been able to leave the World Dream ship, operated by Dream Cruises, without permission.

Hong Kong’s two cruise terminals, including the one where the World Dream ship is currently under quarantine, will also be closed, Lam announced.

Countries have continued to heighten prevention measures, including Italy, which has begun taking the temperatures of all arriving passengers at its airports. On Tuesday, the UK government announced that all British nationals in China should leave “if they can” to reduce risk of exposure to the virus.

The death toll in China has now risen to 490, according to the latest figures from the country’s National Health Commission (NHC).

An evacuation flight sent by the British government to Wuhan is expected to leave in the early hours of Sunday morning local time, and land at RAF Brize Norton. A total of 165 Britons and their dependents remain in the wider Hubei province.

The US state department has said it may be staging additional evacuation flights on Thursday, while Japan said it would send a fourth chartered flight to bring back about 200 passengers.

On Wednesday, charter planes sent by Thailand and New Zealand both returned home, while Russia and Uzbekistan also evacuated hundreds of people.

On the Diamond Princess, passengers were told on Wednesday morning to remain in their rooms. Even before the announcement, most people had been staying isolated, said David Abel, a British passenger who has been on the ship for more than two weeks with his wife. “It was like a ghost ship. There were a few passengers at the bars having a drink, but it really was empty compared to how it had been over the past few days,” he said.

Now, he added, people were not permitted to open their doors to the corridor. “They bring food to us - it’s a knock on the door. For the first time ever, the crew are masked up,” added Abel.

The couple were due to fly home to the UK on Monday, but had to cancel their flight after they were forbidden from leaving the ship.

The 10 people who have tested positive, who are reportedly aged in their 50s to their 80s, were being removed from the Diamond Princess ship by the coastguard and taken to local hospitals. About half of the 2,666 passengers on board are from Japan, but there are also 223 Australians on the vessel.

Photographs and video posted on Twitter by a Japanese passenger showed masked workers in blue plastic gowns walking down empty corridors on the ship, along with shots of deserted lounges and a barren deck.

The passenger has also been tweeting announcements in English and Japanese, including Wednesday morning’s confirmation that 10 people had tested positive.

“A lot of people on board are anxious about what happens next,” the passenger wrote. “I want to know what possible measures will be taken from now on. Will we spend the next 14 days stuck on the boat? Or 10 days? What will happen to the foreign passengers? Will even those who test negative have to stay? I want to know what’s going on.”

Kato said the remaining passengers and crew – of 56 different nationalities – would be required to stay on the vessel for 14 days. Princess Cruises said that “food, provisions, and other supplies will be brought on board”.